Tintin at the South Pole - On the spot! 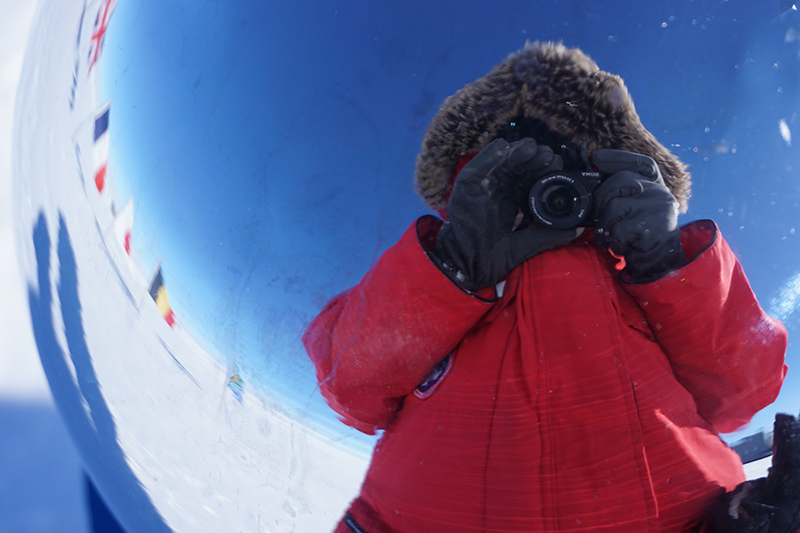 Gwenhael De Wasseige IceCube/NSF 2016
After more than a week of travelling due to some delay, we have finally reached the South Pole.Our first view after getting out of the plane was the Amundsen-Scott station and in front of it tens of people: staff members, scientists, electricians, firemen,… Welcome to the South Pole. 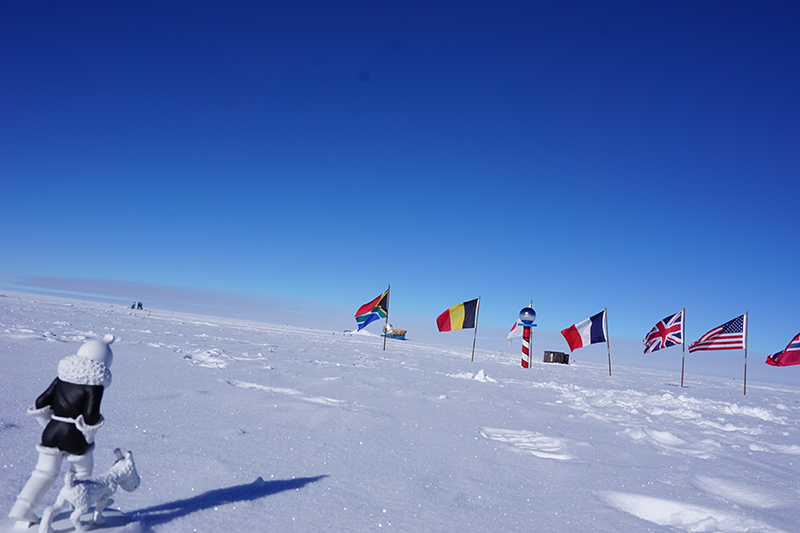 Gwenhael De Wasseige IceCube/NSF - ©Hergé/Moulinsart 2016
Outside, it’s -23C, inside 20C. Once you are inside the station, you easily forget that you are in the middle of Antarctica at more than 3000m high. There is a gym, a workout room, a greenhouse, an art&craft room,… and the food is delicious! 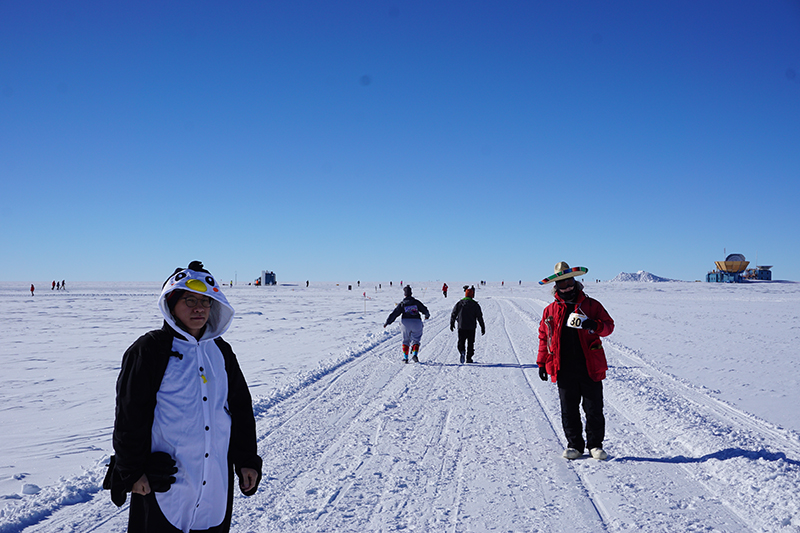 Gwenhael De Wasseige IceCube/NSF 2016
Few differences with the old continent: the humidity is about 3 to 5% and the Sun is up in the sky 24/7 at this season.
The big highlight of our first day at the Pole was our visit to the IceCube Laboratory (ICL). This blue building, easily recognizable with its two silver wings, is the only visible part of the IceCube detector. We will do most of our scientific mission inside and around this building; 1.5km above the actual detector. 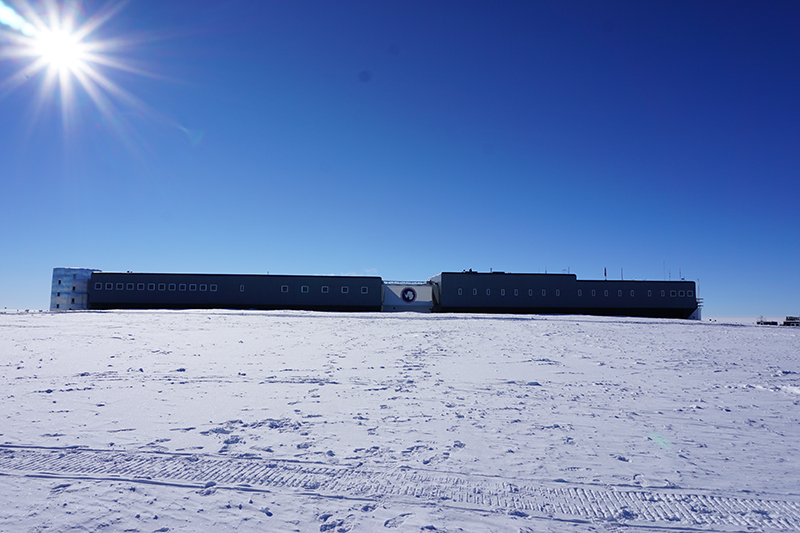 Gwenhael De Wasseige IceCube/NSF 2016
Out first task was to manually measure the snow coverage above the surface detector of IceCube, IceTop. Several people at Gent University are working on this part of the detector.
We travelled through the 1km^2 array to measure the snow height above each station. Our trip lead us to the far side of IceCube, the furthest point from the station. After this point, there is only the snow and the sky until the horizon. 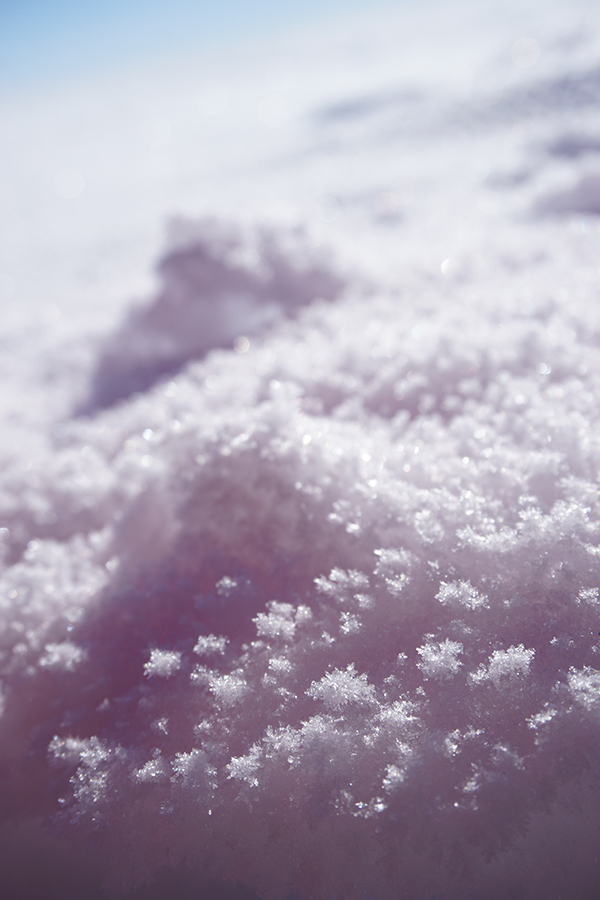 Gwenhael De Wasseige IceCube/NSF 2016
Gwen will install a snow sensor allowing automated snow measurements. In a year from now, if this test sensor has proven itself, more stations could be equipped with such a system, making obsolete the manual snow measurements. 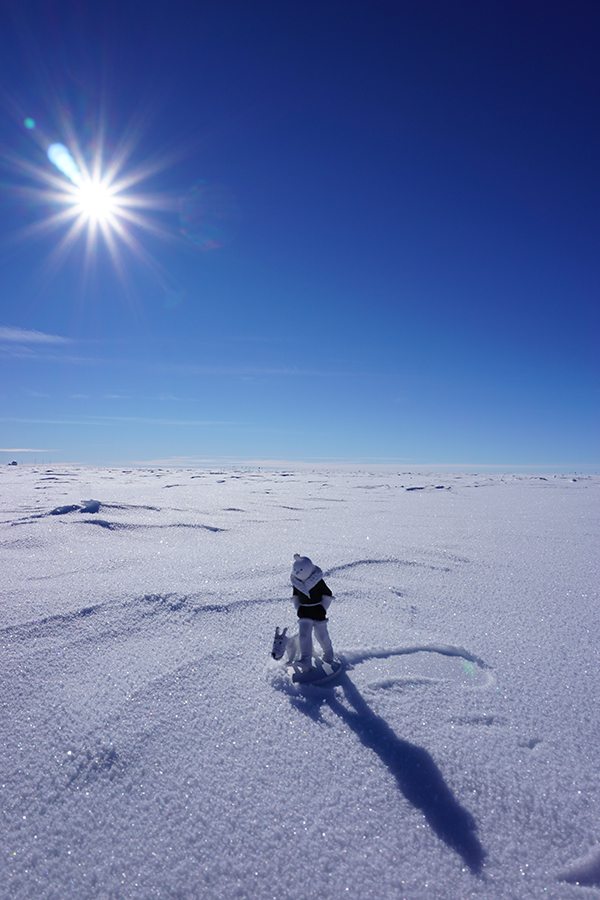