Rediscover Tintin in America through some magnificent original pages never exhibited before, various unpublished documents and numerous pictures to be discovered in Philippe Goddin's new and extremely documented monograph: Hergé, Tintin and the Americans. 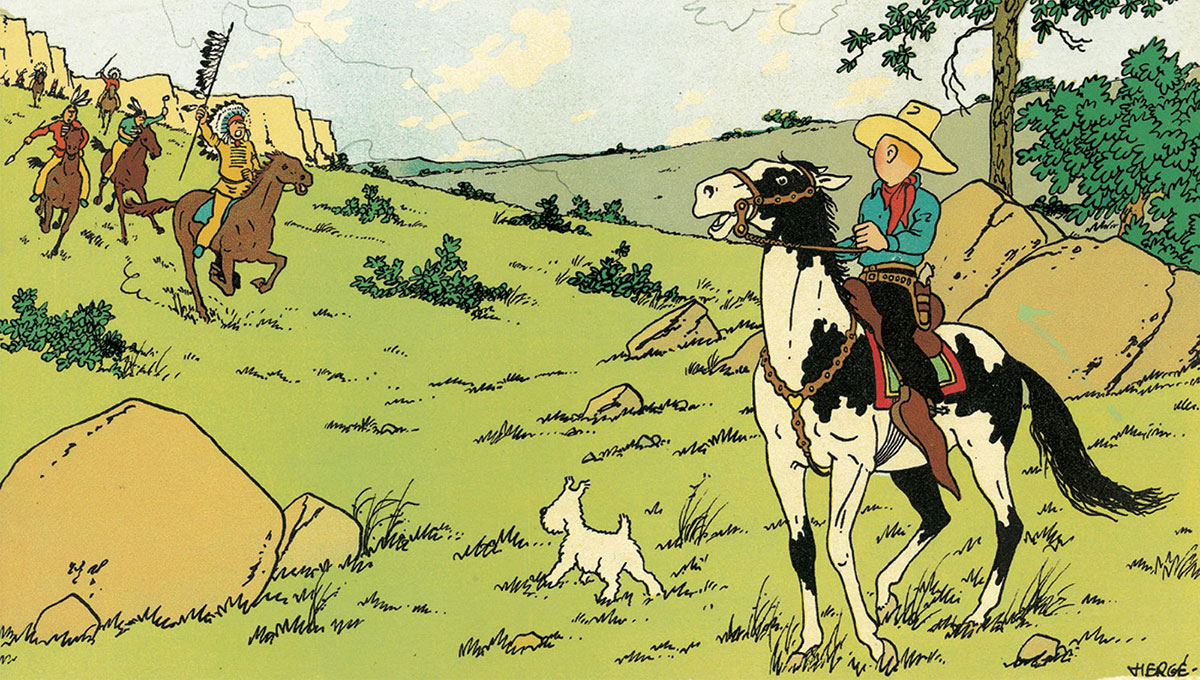 © Hergé / Moulinsart 2020
After having travelled through the land of the Soviets and the Congo, Tintin sets off again for a third long journey, this time across the Atlantic. The famous reporter discovers America: Chicago, the suburbs, the Wild West and the Indians, and the over-industrialisation.
By thwarting Al Capone’s plans in Africa, Tintin had won the first round. But on his own turf, the gangster is determined to get rid of his opponent for good.
In 1931, Hergé’s deeply respectful vision of the Indians, these proud but exploited people, was in many ways ahead of its time.