Hergé : his tribute to scouting

This Monday, 22nd February 2021, is World Scout Day! Scouts from all over the world are honouring their founding father, Lord Baden Powell. A day that we also celebrate as the youth movements that inspired Hergé.

As a member of the Saint-Boniface Scouts Unit, Georges Remi lived the scouting adventure for 10 years.
He broadened his horizons at an age when few young people travelled. He discovered the Dolomites, the Austrian Alps, and the Pyrenees during his expeditions. He would lose himself hiking in the woods, spending nights under the stars and evenings by the campfire. He observed the world and people around him. It was this curiosity for his surroundings that earned him the nickname “Curious Fox”.
Later in his life, Hergé recognised that scouting was a turning point in his mundane childhood: "My childhood seems very grey to me. I have memories, of course, but these memories only began to lighten, to appear in colour, when I discovered scouting".
It was at this time that the young scout also became a keen artist. Curious Fox always accessorized his uniform with a pencil and sketch pad. He sketched green landscapes, wild animals and even his fellow adventurers. 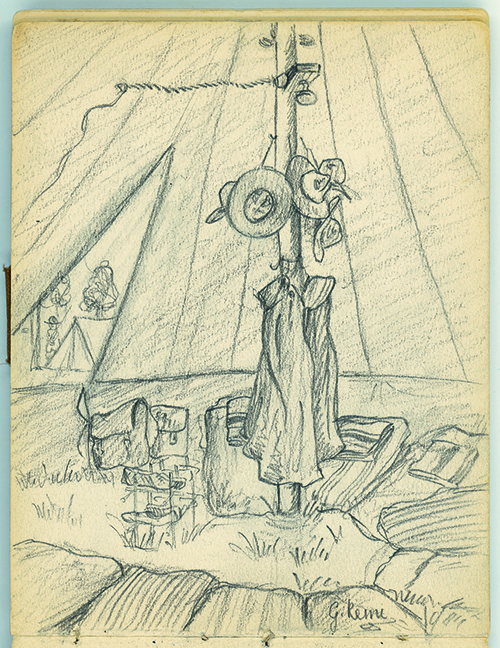 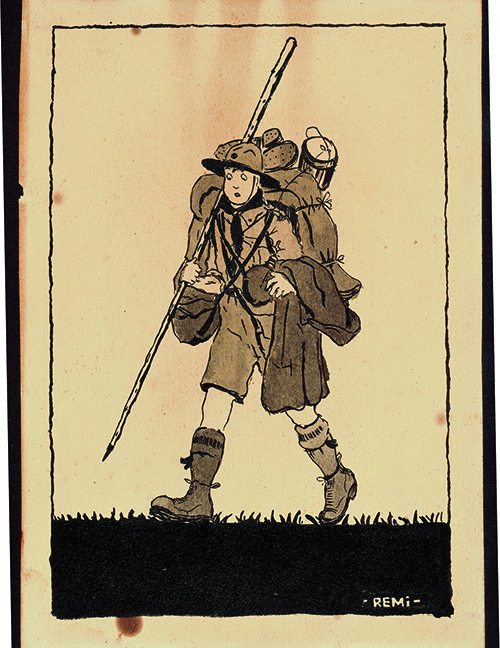 Hergé - Moulinsart 2021
Then, Georges Remi discovered a passion for storytelling through his drawings. Hergé stated, "As I was a boy scout, I started telling the story of a little boy scout to other little boy scouts. And that resulted in "Les Aventures de Totor". It wasn't yet a real comic strip: it was a story written and illustrated with a timid exclamation mark or question mark here and there". 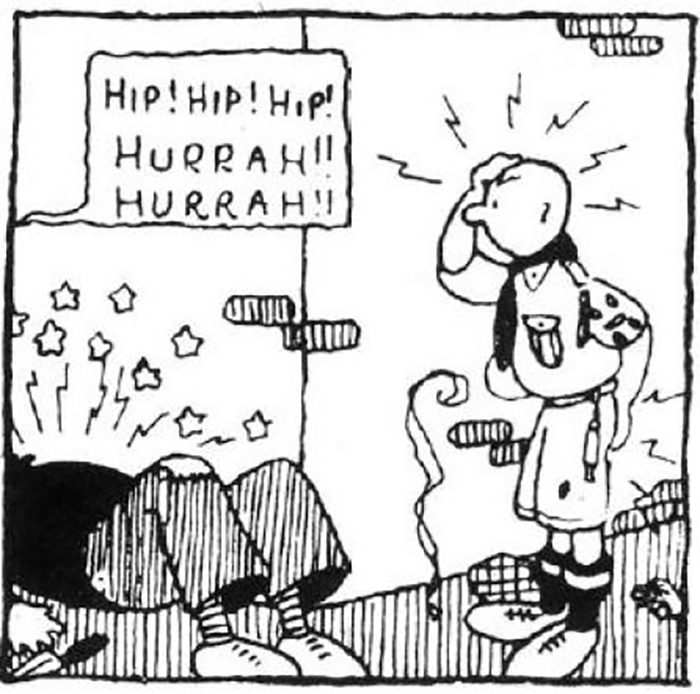 Scouting not only marked Hergé's life but also his work. It was a real source of inspiration for the father of Tintin. What’s more, the famous reporter perfectly illustrates the model scout.
Considered to be the "descendant" of Totor, Tintin conveys many of the scout’s values: perseverance, commitment, solidarity, respect, justice, service, and adventure.
"Scouting gave me a taste for friendship, for love of nature, animals and games. It is a good school. So much the better if it lives on through Tintin.” concluded Hergé. 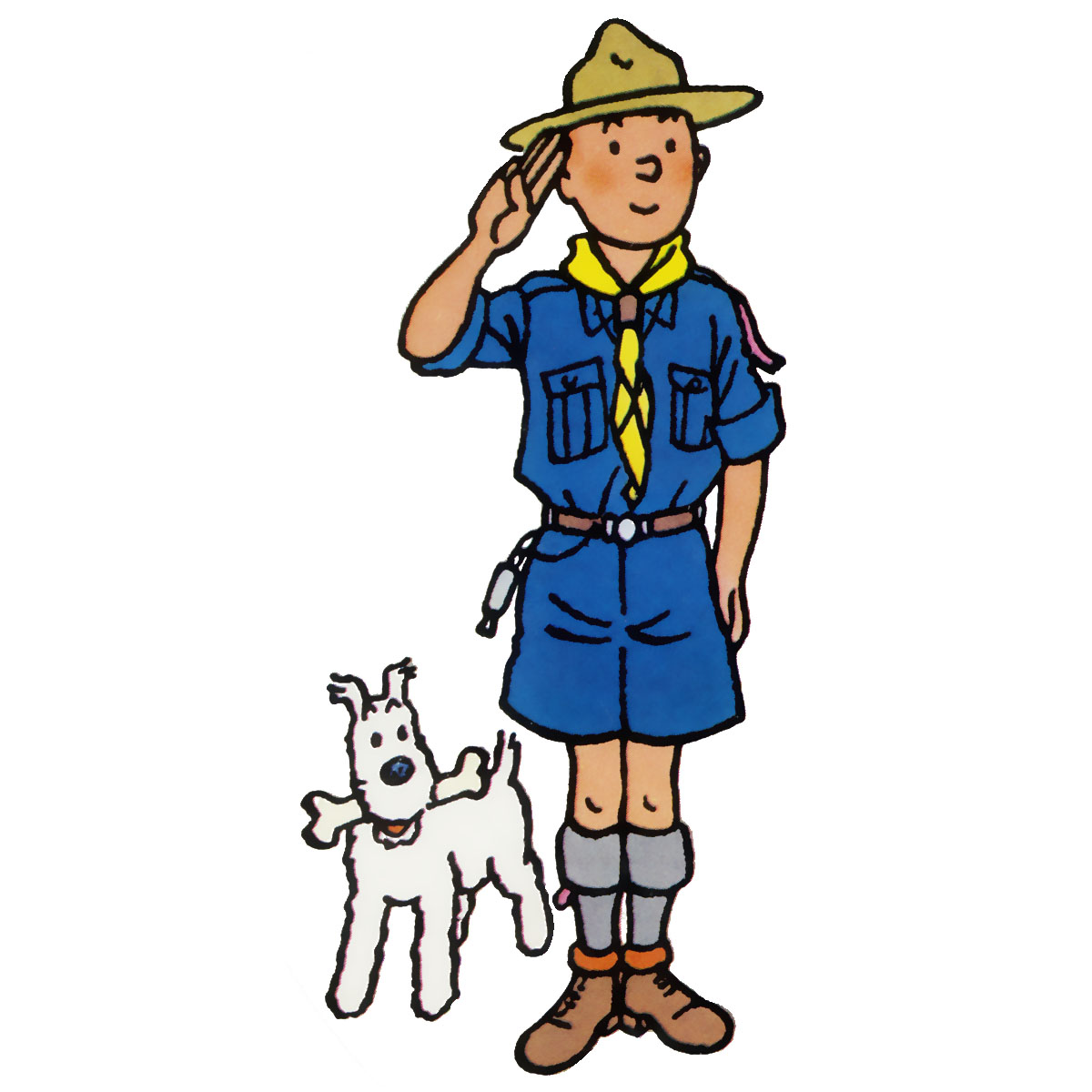 In Belgium, the popularity of scouting has not diminished. This school of life is made up of around 180,000 members.
In the midst of this worldwide pandemic, a large number of young people are unable to benefit from these activities. Currently, youth groups are only able to continue with their activities outdoors in groups of no more than 10.
A day on the theme of Tintin: activity ideas for scouts
For this reason, we have come up with a few fun tasks for groups to complete to keep the scouting spirit alive!
Aim: the scouts must retrieve Red Rackham’s Treasure.
Patrols will compete against each other in a series of tasks. The patrol that wins a task will gain a clue (part of a card). At the end, the scouts must gather their clues and reunite to find the treasure. The clues should form a map showing the location of the treasure.
7 tasks (for those aged 7 to 77)
Constructing a rocket
In Destination Moon, Tintin, Haddock and Snowy are called to Klow (the capital of Syldavia) by Professor Calculus. Mysterious research is carried out in the Sprodj Atomic Research Centre. The soil of this remote region contains rich deposits of uranium, a crucial material for the manufacture of an atomic propulsion rocket. Each patrol must build a rocket using elements of nature (like a Japanese garden). The staff will act as a jury and vote for the patrol with the most beautiful rocket.
Captain Haddock’s curses
Captain Haddock is famous for his bad language. The scouts will surely know "Billions of bilious blue blistering barnacles in a thundering typhoon!” But, what about the Captain's other epic expressions and their meanings? Each patrol will receive a multiple-choice questionnaire. The scouts will have to choose the correct answer out of three definitions. The patrol with the most correct answers wins.
Shadow puppets
In The Shooting Star, Tintin goes to the observatory and believes he sees a gigantic spider on the star. However, this is only an illusion; it is in fact a spider running across the telescope lens! Stretch out a white sheet and place a torch behind it, then turn off the lights. Each patrol will designate one of its members to mime the animals found in The Adventures of Tintin. The patrol that guesses the most animals wins.
Morse Code
In Tintin in the Land of Black Gold, Tintin is a telegrapher aboard the Speedol Star. He uses a special transmitter to send messages in Morse code. This code is formed by a series of dots and dashes which encode numbers and letters of the alphabet. This is also the method of remote communication favoured by the scouts. Each patrol has to decipher a message written in Morse Code as quickly as possible. The patrol that does this before the others wins.
The hunt for the Yeti footprint
In Tintin in Tibet, Chiang's plane crashes in the Himalayas. Tintin goes in search of him and discovers traces of a Yeti... Each patrol must hide its "footprint": the patrol's pennant. When the leader blows their whistle, the scouts must find their opponents’ pennants. The patrol whose pennant has not been found wins.
Tintin’s essentials
Tintin is very resourceful on his adventures. He often uses a magnifying glass, a camera, a telegraph, a typewriter, a telescope, binoculars, etc., to help him. Place these belongings of our infamous reporter under a cover. The leaders will lift the cover for 20 seconds. The scouts must then memorise as many of the objects as possible. After conferring with their patrol, they will draw up a list. The patrol that remembers the most items wins.
Knots and straps
Tintin is often taken prisoner while on his adventures, but he always manages to escape! This is the case, for example, in Tintin in America where he breaks out of his ties after being captured by the Indians. The skill of knot tying is therefore very useful. Each patrol must make the strongest tie. The leaders will judge the contest and the patrol with the strongest knot wins.