Documentary "In the footsteps of Tintin"

In co-production with Gedeon Programmes, Moulinsart and ARTE G.E.I.E. The documentary series In the footsteps of Tintin is a brand-new concept aimed at bringing some of the most famous comic books in the world vividly to life. It is a totally original way to discover or rediscover a Tintin adventure and to find out more about the author Hergé. The documentary Series Walking in Tintin's Footsteps is scheduled for broadcast on Arte in September 2010.

The legend of the perpetual traveller

The hero of children the world over, Tintin is doubtless one of the greatest travellers of the twentieth century. An intrepid adventurer, the little reporter with a big heart criss-crosses the world and brings everything that he discovers back home to millions of readers. Tintin has been around the world several times travelling to such places as Peru, China, Egypt, India, Morocco and Tibet. Braver than James Bond, more passionate than Indiana Jones, more inquisitive than French journalist Albert Londres and cleverer than Sherlock Holmes, Tintin is a timeless, universal hero: a legend that has sent the imaginations of readers soaring for decades.

Tintin is the whole world

Tintin: two syllables that bring joy to countless readers all over the world. An ageless character, with no family, in whom each and everyone can recognise himself or herself: Tintin is the whole world. Everyone can identify with him, which is the key to the runaway success of Hergé's creation.

Each documentary follows the narrative and plot of one of the books. They take us on a journey of discovery through the places and faces that Hergé drew into his Tintin adventures. We use the same means of transport and experience the same obstacles faced by the characters in the comic books, but there's even more to come.

Discovering Hergé behind the scenes

Hergé is one of the most famous comic strip authors of the twentieth century. He filled his drawings with thousands of references, facts and anecdotes about culture and civilisations, as well as objects from his daily life and expressions of his feelings. The narration of the series is enriched with images and information taken from Hergé's archives, as well as quotes from the author himself and facts about his life.

As we follow Tintin deeper into each adventure we come across a variety of contributors and guides who may be experts or people whom Tintin may have come across on his journeys. These contributors help to explain the context in which the action of Tintin's adventures unfolds, providing crucial insight into the events that occur in the stories and information about the myriad dangers which Tintin comes up against. 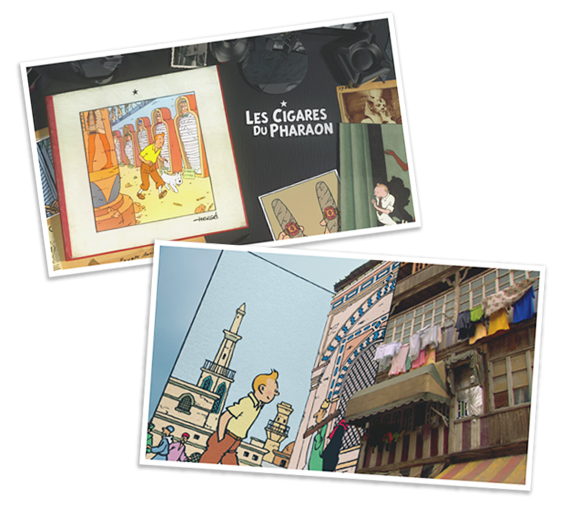 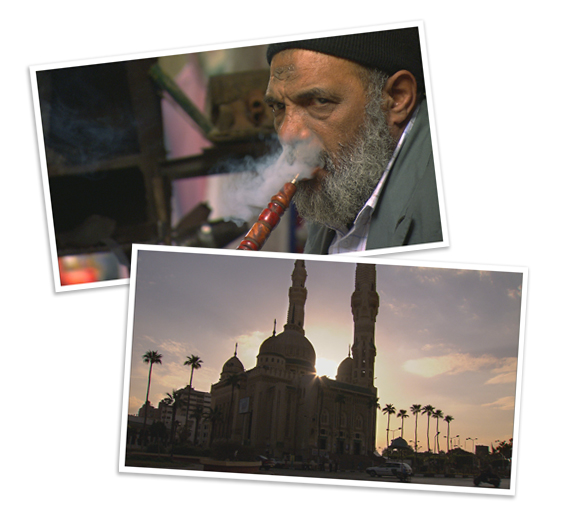 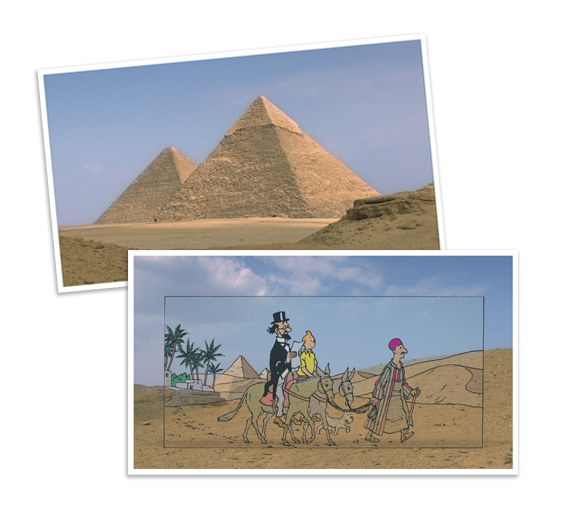 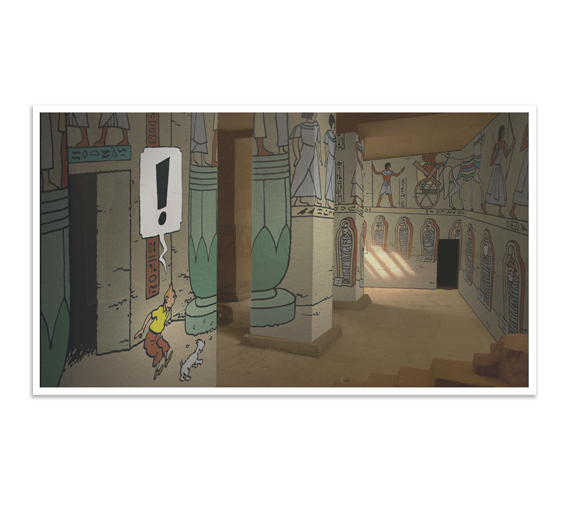 Hot on the trail of opium smugglers, Tintin travels across Egypt and India visiting Port Said, Cairo, Ancient Egyptian tombs, the Pyramids and the Red Sea. He explores a jungle and discovers a herd of elephants. As the adventure progresses the brave reporter narrowly escapes being poisoned and going mad, meets an eccentric archaeologist and comes to the rescue of a Maharaja whose life is in grave danger. Cigars of the Pharaoh is an action-packed adventure which was also one of Hergé's first books. The author was 27 years old when the first edition of the book was published in 1934. The story marked a turning point in the young illustrator's career, after which Tintin's adventures became suffused with fantasy, mystery and suspense.

The Blue Lotus is the sequel to Cigars of the Pharaoh. Tintin is in India taking a well-earned rest when the mystery of the madness-inducing poison obliges him to make his way to Shanghai. Against the backdrop of the Sino-Japanese conflict, Tintin sets to work unravelling a nefarious web of opium traffickers. A key relationship is forged as Hergé reflects his real-life meeting with the sculptor and artist Chang Chong-chen, who taught the author of Tintin about Eastern philosophy and who would become a life-long friend. Together they composed a book  -  a veritable duet  -  in which China is portrayed accurately and poetically.

The Crab with the Golden Claws - director: Laurent Joffrion

Tintin and Snowy happen to stumble across a police investigation getting underway in Brussels: a drowned man and a gang of opium smugglers send Tintin off on new adventures that lead him to the exotic country of Morocco. The adventure is the backdrop for the first meeting between Tintin and Captain Haddock, who turns up in the little reporter's life and never looks back!

Tintin decides to go in search of Chang, who has disappeared in an aeroplane crash in Nepal. Along with his faithful friends Captain Haddock and Snowy, the heroic reporter leads a gruelling mission through the peaks of the Himalayas. This adventure was written during a period of great change in Hergé's life and career. Twenty-five years after his meeting with Chang Chong-chen, Hergé was going through a difficult period in his life and often thought of his friend. During the troubled war years he had lost all trace of Chang and was desperate to make contact with him again. Although Hergé had no luck, Tintin eventually manages, against all the odds, to find his friend. Throughout the story there are no baddies, nor are there any car chases or madcap events: the narrative is kept bare and essential. This was Hergé's favourite book, and was probably the most personal adventure for the author.

Following the kidnapping of Professor Calculus in The Seven Crystal Balls, Tintin finds himself near Lima in Peru. Accompanied by his best friends once again, the little reporter passes through Andean villages and over snow-capped mountains, dodging the dangers of the Amazonian rainforest before managing to find the Temple of the Sun.Hérgé crafted a classic and mature adventure story full of archaeological discoveries. He was passionate about travelling and exotic locations, and derived immense pleasure from helping his readers to discover great civilisations and lost worlds.
This last documentary was made in participation with RTBF.