The word logo is short for logotype: a symbol of a commercial brand or an organisation. But behind this one-line definition lies a whole universe. Off we go on a new adventure!

The logo: an invention of the twentieth century?

The proliferation of logos in the twentieth century could fool you into thinking that they are a modern phenomenon; in fact logos have been around a lot longer than a hundred years. There is actually good reason to believe that logos have been around as long as writing. The first logo could be 8 - 10,000 years old! The reason for the link between logos and writing is that ancient writing was not made up of alphabets, as much writing is today. The symbols used in the place of alphabetical letters were in fact stylised drawings. The best example of this phenomenon is hieroglyphics, a writing system used by the Ancient Egyptians. In this system a drawing can indicate a particular word, but can also signify a broader idea. For example, a drawing of a bird could signify 'flight', 'sky', 'flee', 'lightness', 'wing', etc. 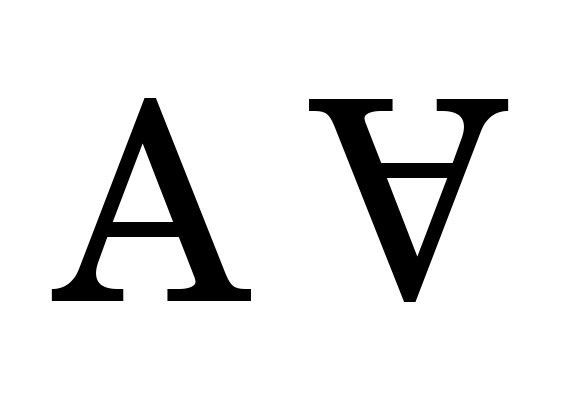 Long ago the letter A was written upside down 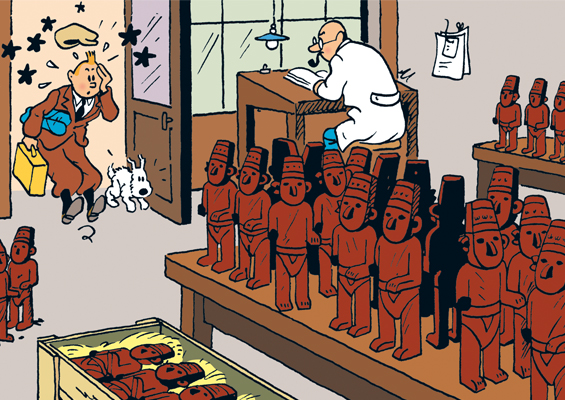 The true story behind the letter 'A': The letter A first emerged in ancient writing systems. It can be found in more or less the same form in many of the alphabets used throughout Europe. Say 'AAAAHHHH!' The fact that the precise shape of the letter A represents the primordial sound 'AAA', is not an accident. A is also the first letter of the alphabet and is thus the most important, the most 'powerful'. In ancient times a bull often represented power. Take the letter A and turn it upside down. You now have a triangle, pointed at the bottom and wider at the top, with two horns! While uncovering the ancient site of Knossos (Crete), archaeologists discovered extremely old inscriptions (dating from the twelfth century B.C.) in which this upside-down A is used in the place of the A we use today. So in some ways the letter A is a kind of logo representing power and primacy.

Do we know what the first logo was?

We are not sure what was the first logo. But we can make a good guess as to where and why it appeared. Looking back more than 6,000 years, somewhere into the territory that is today known as Iraq, we come across the first towns ever built. In Sumerian civilisation, fish-sellers and boat-manufacturers used seals and stamps to identify themselves and their professions. In this way logos can be seen as ancestors to advertising. The first logos were also symbolic of a particular type of cruelty: the slave trade. Hot irons were used to brand slaves with the mark  -  or logo  -  of their master. This helped to identify and return fugitive slaves to their masters. Today animals that are kept in flocks and herds such as sheep, goats and cows, are still branded in this way. This identifies the owner and saves arguing over which sheep belongs to which farmer. So logos are also a way of keeping the peace!

The logo: a hidden message?

In ancient times and in the European Middle Ages, stonemasons had their own logos, which they inscribed onto blocks of stone they sculpted. This was their 'brand'. It has always been important to artists that their work is easily recognisable. The signature of an artist becomes his or her logo. There has been a strong link between logos and commerce for longer than anyone can remember. For a craftsman or artist a logo serves to assert that 'this object was created and is owned by me; if you would like to have it then you must buy it.'
Is Tintin a logo?

In nearly 50 years of existence (from 1929 to 1976) and certainly in the years following the publication of Tintin and the Picaros, Tintin has become recognisable all over the world. But could we go so far as to say that he has become a logo? Certain bits of Tintin are extremely logo-like: his quiff and the oval of his face, for example. These features make the little reporter instantly recognisable, even in Chinese disguise! Just like many well-known commercial logos, Tintin's graphic design has evolved a lot since the reporter's first adventure in 1929. Just look at the difference between the characters of Tintin and Ridgewell, meeting for the first time in The Broken Ear (1935), and their later appearances in Tintin and the Picaros (1976). 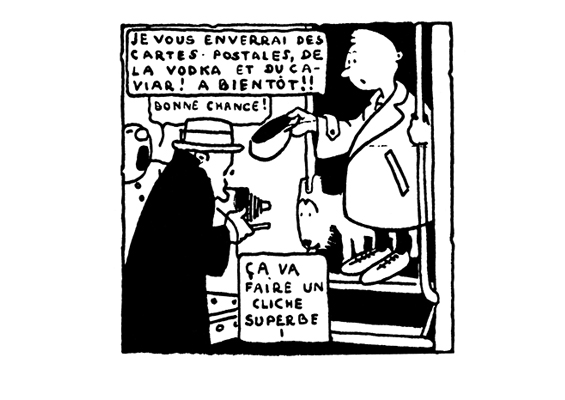 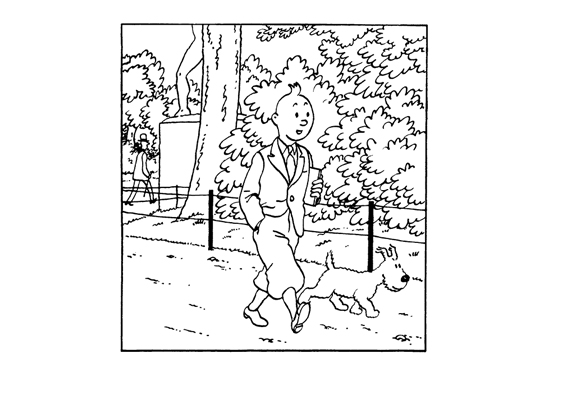 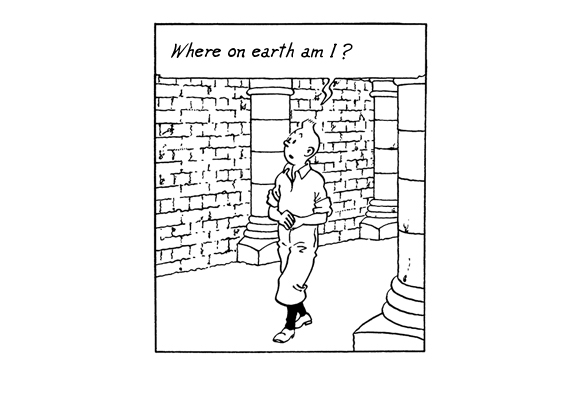 The Secret of the Unicorn p36 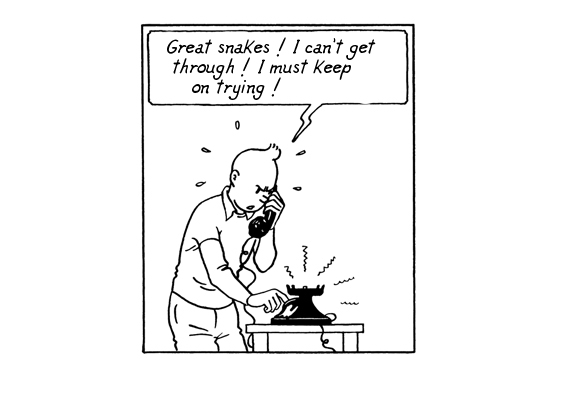 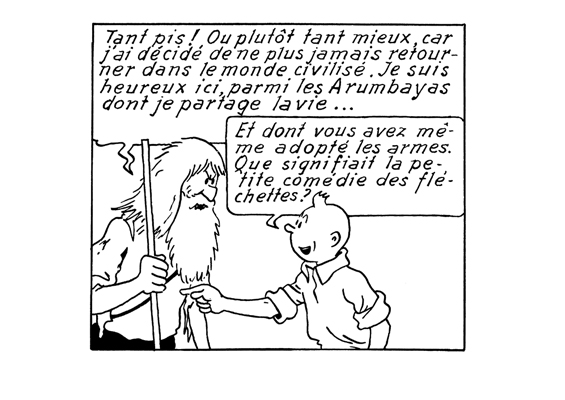 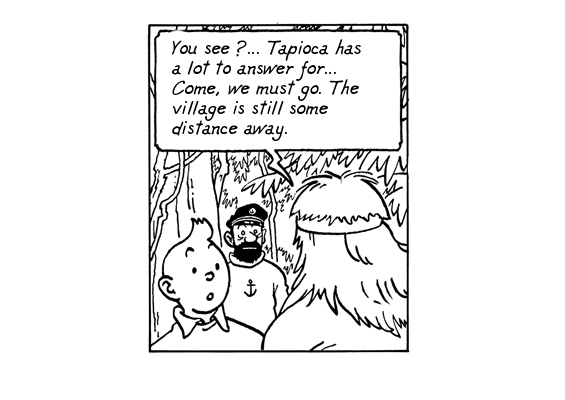 Tintin and the Picaros p32 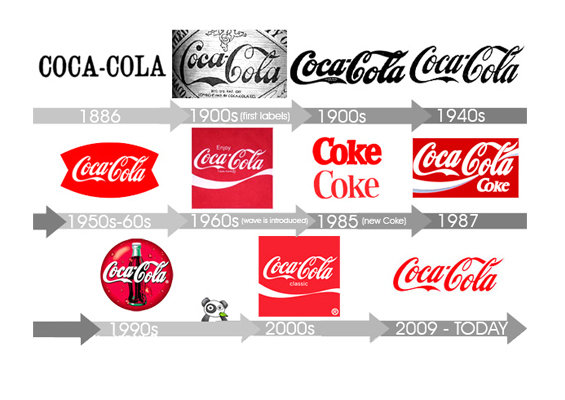 The evolution of the Coca Cola logo 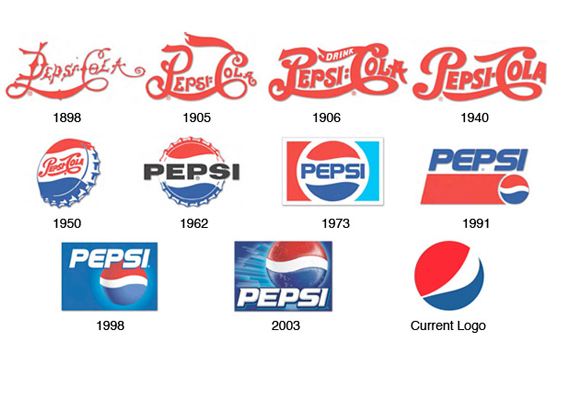 The evolution of the Pepsi Cola logo 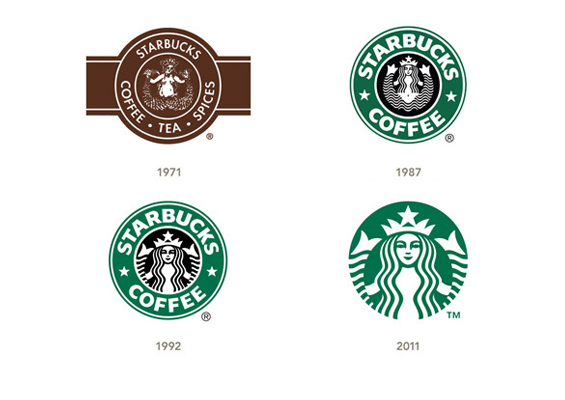 The evolution of the Starbucks logo 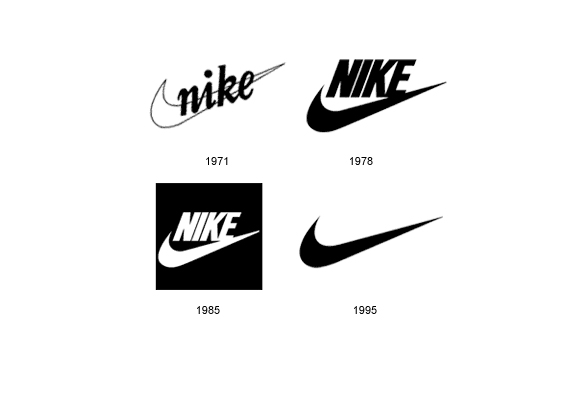 The evolution of the Nike logo 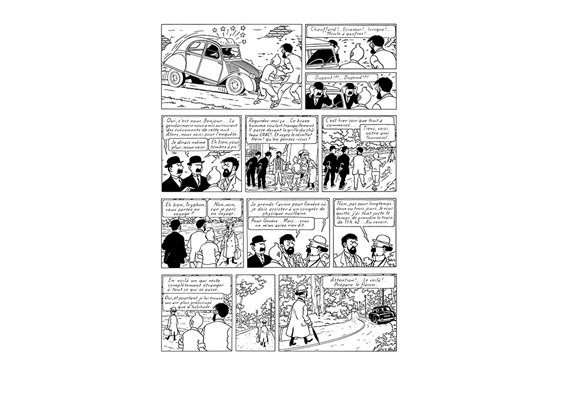 The secrets of the logo

Why are so many commercial logos made out of circles? For brands such as Coca-Cola and Pepsi-Cola, circles look like bottle tops. Yet circles are still as popular as ever in logos, mainly due to the emergence of new markets such as India and China. The circle is inscribed deep within the cultures of these two giant countries. Chinese culture, for example, promotes the values of interdependence, solidarity between individuals, harmony and community life. The circle evokes all these things. As we all become members of the global village, logos must be 'readable' in all languages, to the point where any text at all is now considered risky. A good example of this is Nike, the famous brand of sports goods. Today the name 'Nike' no longer appears superimposed on the famous tick. Companies are prepared for a long process of trial and error. Just look at Starbucks, the chain of coffee houses. Between 1971 and 2011, the Starbucks logo has metamorphosised from a cigar ring to a kind of Nordic siren. Pepsi-Cola, the first logo of which (1898) brought to mind arch-rivals Coca-Cola, is now represented by a three-coloured circle that makes you think of a bottle top. In 1898 Bell Telephone Company was using a bell shape as a logo. Now renamed AT&T, Bell is represented by a drawing of a global communication network. But although many of these other logos have been changing, one logo has remained the same since it first sprang into existence in 1929: Tintin's quiff!