Show & event
Published on 16/03/2015
Over the past several years Tintin has been following the story of the Solar Impulse solar-powered aeroplane – today the famous reporter continues his airborne adventures with Brussels Airlines. For the next five years, certain passengers with the Belgian airline will have the privilege of flying in a Tintin plane. The entire fuselage of a Brussels Airlines Airbus A320 has been decorated in the style of Professor Calculus's shark submarine.
It could have been the Moon Rocket, Tintin in his spacesuit, or Tintin in one of the numerous aircraft from his adventures; instead the designers decided to be ambitious and chose the shark! Brussels Airlines hired the services of a specialist – artist André Eisele – to paint the picture directly onto the aeroplane.

A similar project was undertaken in the past by the Belgian airline company, when a plane was decorated with pictures of Asterix and Obelix. But at that time the graphics were printed onto stickers and transferred to the aircraft; the decoration was only put up for a few months. 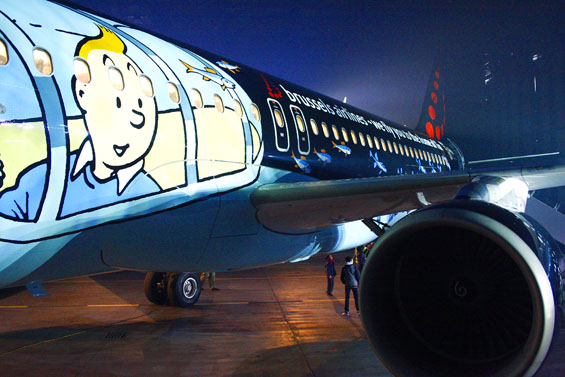 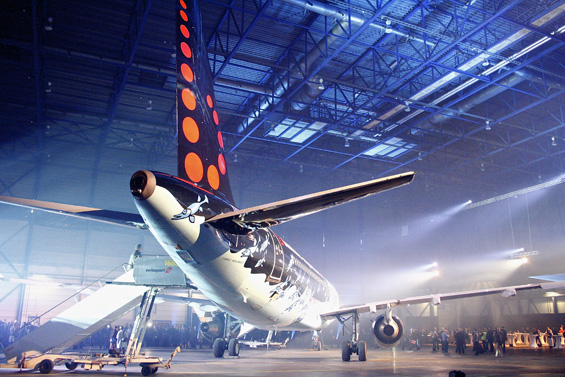 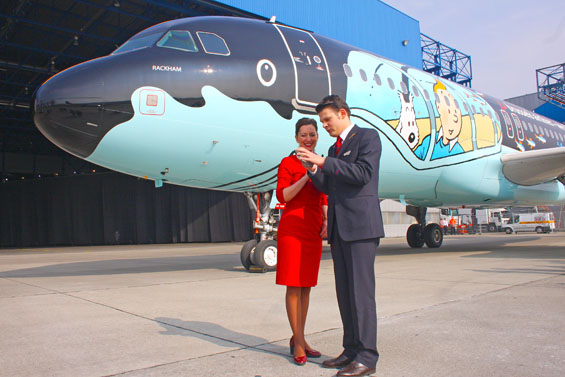 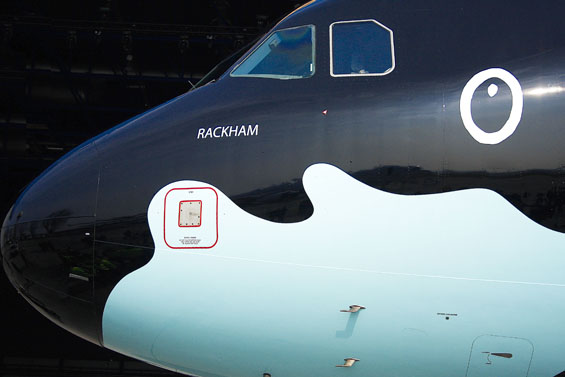 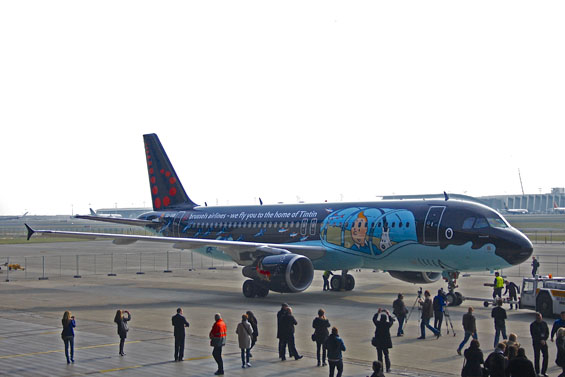 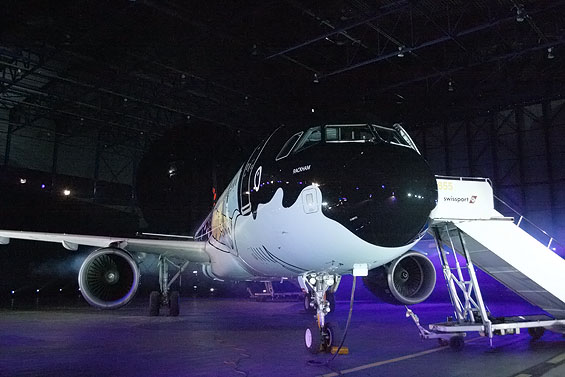 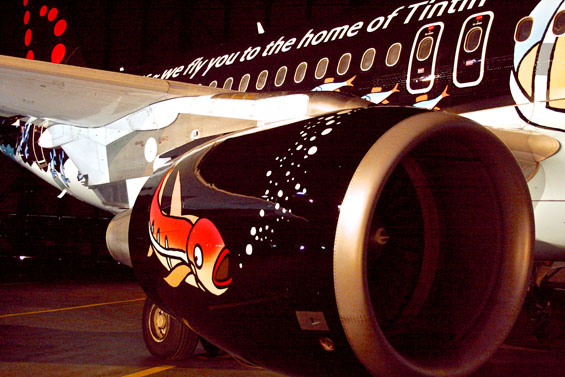 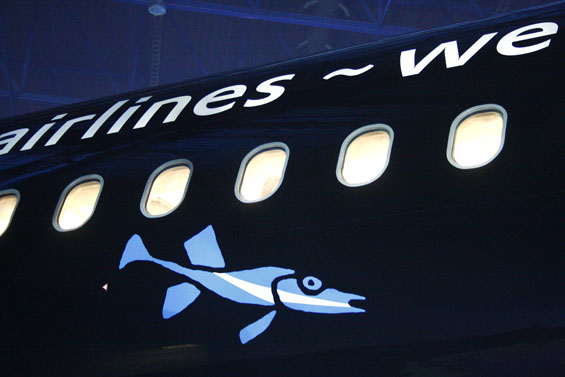 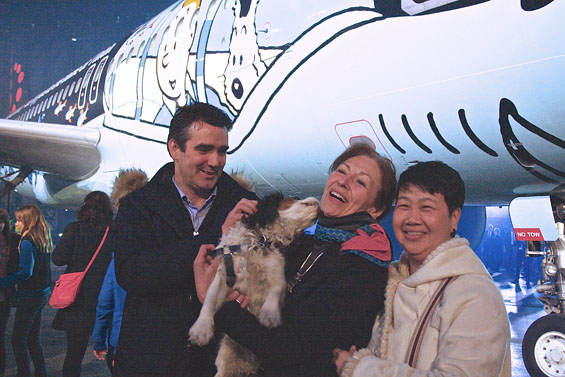 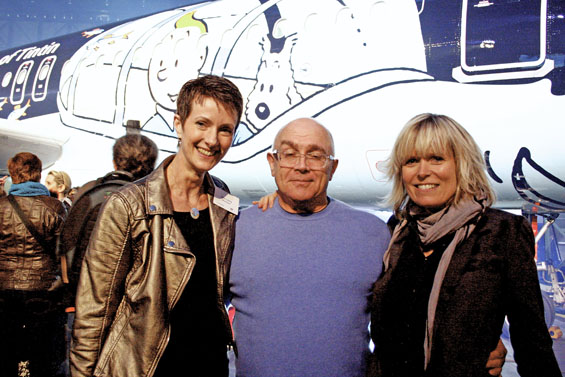 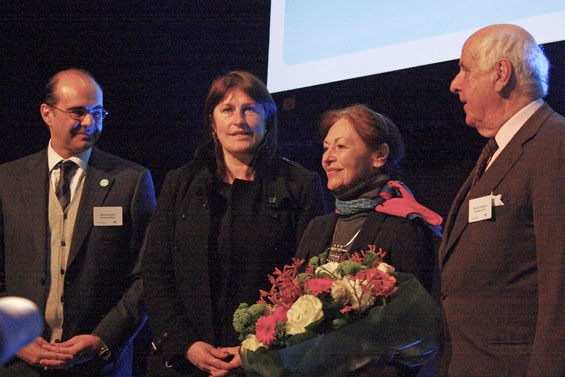 On the A320 Rackham the décor is taken from the Tintin adventure Red Rackham's Treasure and has been arranged to suit the aircraft's silhouette. André Einsle has used all his skill to ensure that the work fits perfectly with the curves of the fuselage.
The first pilot to take the controls of the Rackham will be Captain Piet Vandevelde. He will be assisted by Flight Officer Christophe Helssen. The Rackham will take off on 16 March on a flight to Toulouse, the location of the Airbus headquarters. The Rackham will be flying under the number SN3669. Other aeroplanes will be doing their best to keep up with this shark of the skies.
Once again, Tintin sets off on new adventures around the world!
Press release (Brussels Airlines)
Video