News
06/11/2015
Hergé was an entirely self-taught artist. The young Georges Remi gravitated towards comic strips; later on in life he became successful in business and maintained control over the universe he created. Hergé was a master of his art, but never presumed that he would become recognised as a fully-fledged artist – he was too humble a man to allow himself such fantasies. 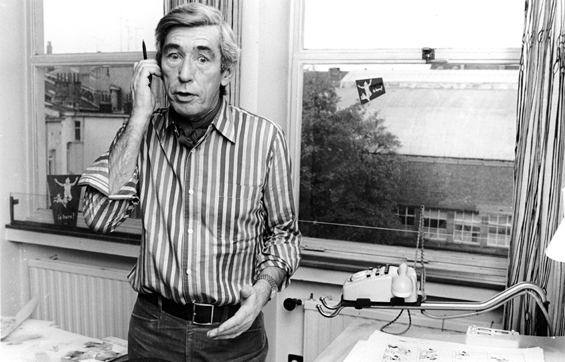 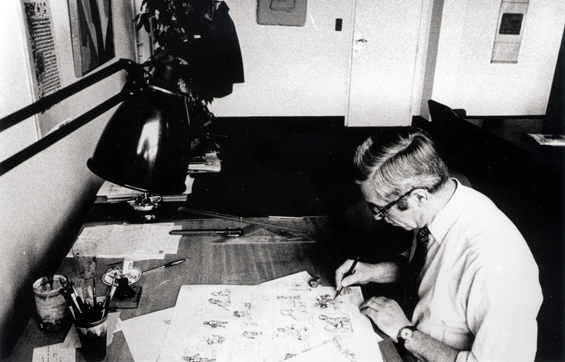 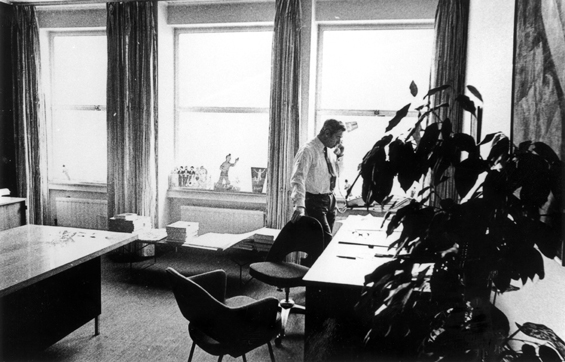 As we come near the launch of the Hergé's Masterpiece exhibition in Somerset House in London1 and following the publication of the work L’art d’Hergé by Pierre Sterckx, it would appear to be a good moment to write about Hergé – the artist.
The question of Hergé's status as an artist is all the more pertinent as the author of Tintin has recently been in the news, following the record price paid at Sotheby's for an original double-page he created for the story King Ottokar's Sceptre: 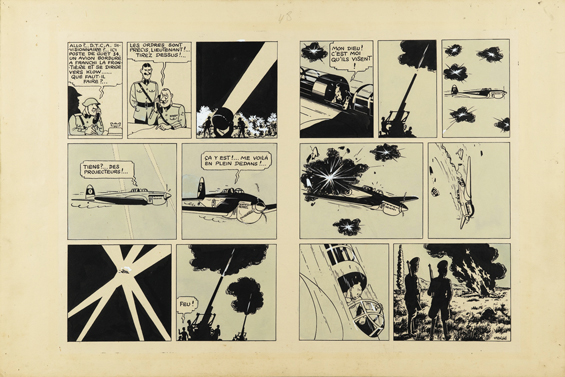 "Le Sceptre d'Ottokar" - Planche P95/96
Since the arrival of Tintin in 1929, Hergé has always been somewhat in the shadow of his star character. But, decades later, the author is making a comeback of sorts, rivalling even his most famous creation. And yet still Tintin comes out on top: on the French version of the search engine Google there are 19 million results for Tintin and 893,000 for Hergé. It just goes to show how much a fictional character can break free from his creator and go on to become a superstar in his own right.
That Hergé is an artist is evident from the power of his work. His place at the Pompidou Centre in Paris; the Hergé Museum in Louvain-la-Neuve (which is dedicated to all his work); numerous exhibitions all over the world; and the fact that he is sought high and low by collectors, all attest to his status. 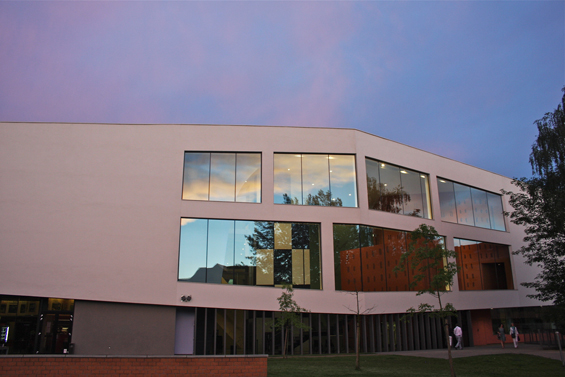 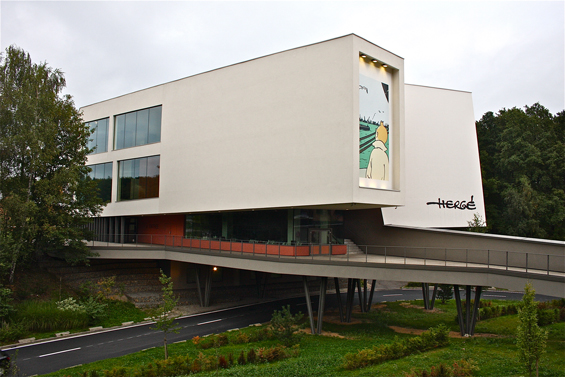 Hergé also held particular stature in the art and media world of his time. He was the exception that proves the rule: a master and great artist coming from a medium (comic strips) considered today as a minor art. 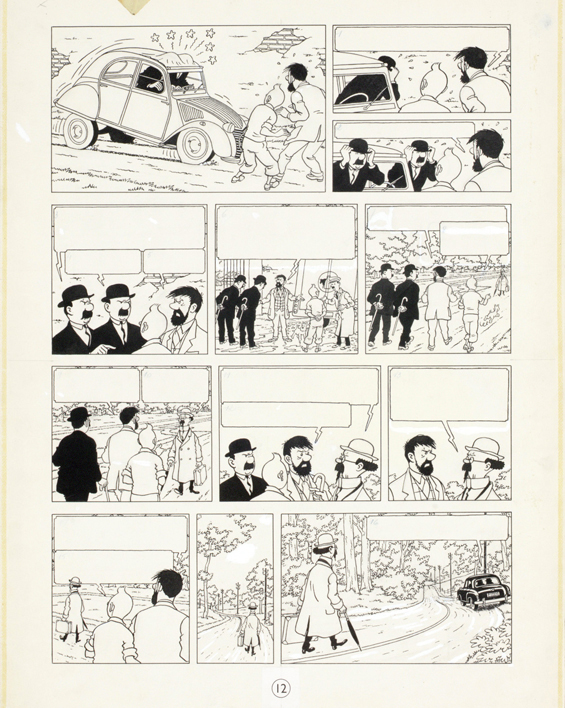 "The Calculus Affair" - Gift By Fanny Rodwell in Beaubourg 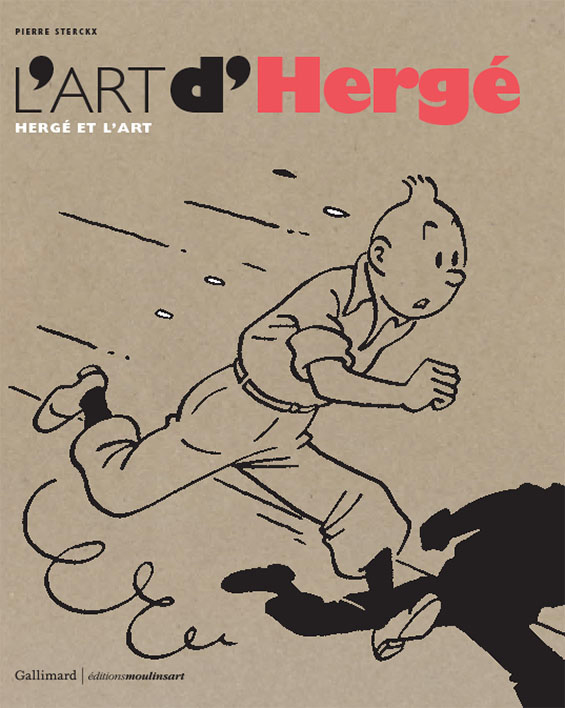 There are many who try to make a name for themselves in the “ninth art” (comic strips) but few who manage really to make it. It is not enough to just want to be the best if you are to become considered an artist as well as a comic strip author.
Hergé started at the bottom just like everyone else. He worked odd jobs (besides his responsibility as director of Le Petit Vingtième), toiling for the daily press and following strict production schedules. 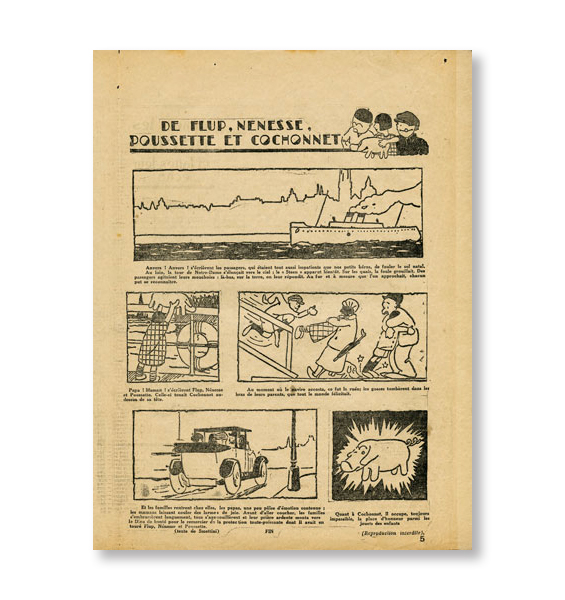 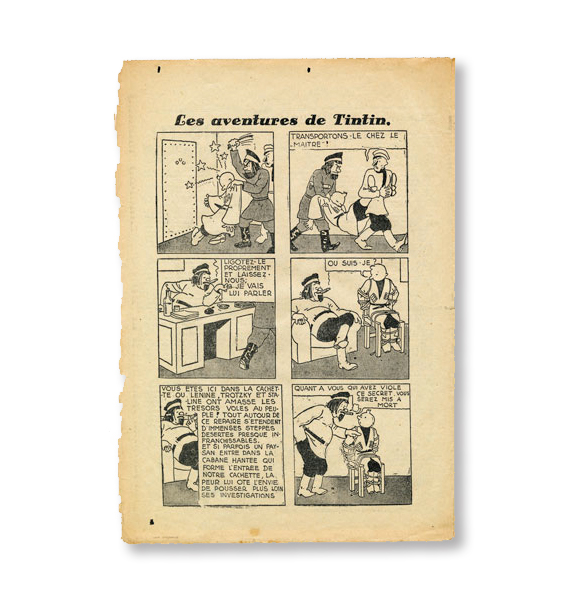 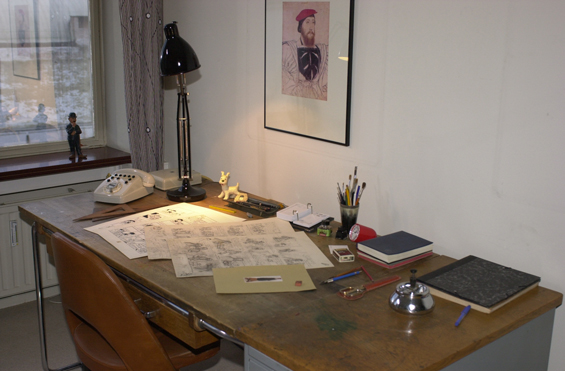 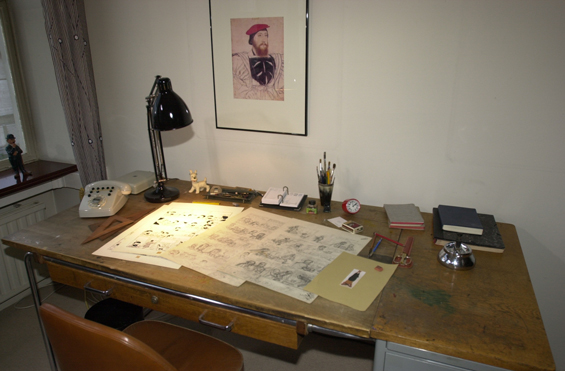 Since the beginning of the comic strip genre (around 1830) up until the 1960s and 70s, young comic strip authors and wannabes cut their teeth drawing for the press.
The work they did for strips or illustrations was a test of their abilities. Following these tests the lucky (and skilful) artists would hope to attain the holy grail – to have a book or album published.
The artist and his writer were for a long time – and still are even today – considered as creators of stories aimed primarily at young people (until the outset of the 1970s). They were always at a certain distance from the “high society” art world. Progressively, and above all since the end of the 1970s, the comic strip has been gaining ground in specialist galleries and sales rooms. Today the medium is well and truly considered an art form, known in French-speaking circles as the “ninth art”.

The expression “ninth art” is credited to Claude Beylie, who used it in an article published in the periodical Lettres et Medecins in March 1964. The publication was part of a series of five articles that appeared between January and September 1964 under the title “Are Comic Strips really Art?”

For more than two decades the art world (collectors, galleries, auction rooms, experts) has been excited by pages, sketches and other drawings by famous comic strip authors. The growing demand has been heightened by the effects of the global financial crisis of 2008, and also by the fact that original comic strip art is still relatively affordable. From a small niche, comic strips have grown into an international market inhabited by major investors.
The comic strip market is today enjoying worldwide expansion beyond Belgium and France.

It is important to note that this newfound fame does not mean that comic strip authors and illustrators are better off or more widely-recognised than before. At the recent Angouleme Comic Strip Festival authors protested against low pay and difficult work arrangements5. 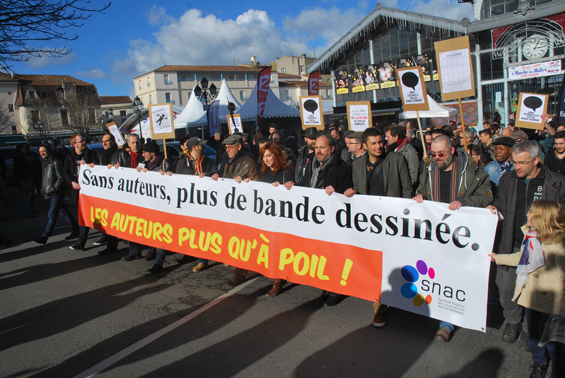 Protest authors - Angoulême
The job has always been a precarious one. It is difficult to make a living out of it and making a name for yourself is incredibly hard.
Today Hergé is recognised as having made it to the top of his profession. His work and legacy remains as a testament to his achievement.
(1)
www.somersethouse.org.uk
Tintin exhibition at Somerset House, London - tintin.com
(2)
Tintin entre dans les collections de Beaubourg - lefigaro.fr (French)
(3)
La BCE inonde le marché de liquidités - lesechos.fr (French)
(4)
BD : La fièvre du marché des planches originales - lexpress.fr (French)
(5)
Angouleme Comic Strip Festival - tintin.com