Tintin at the South Pole 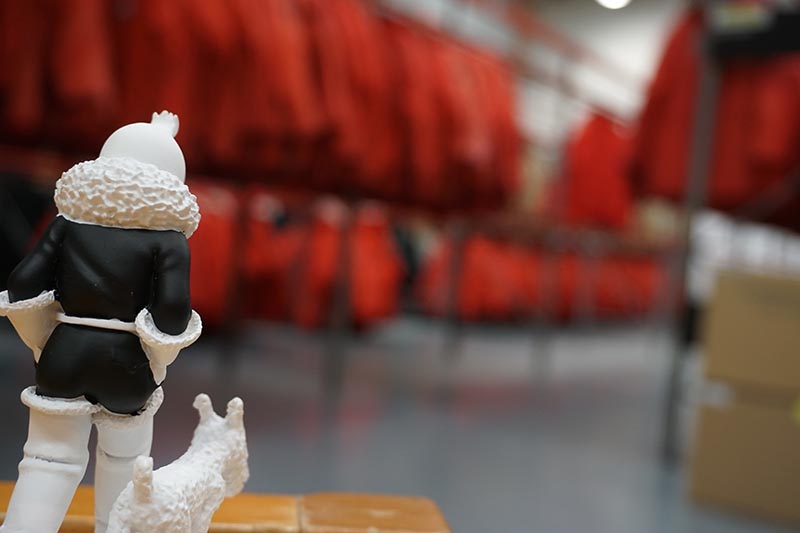 Gwenhael De Wasseige IceCube/NSF - ©Hergé/Moulinsart
Tintin is teaming up with the IceCube scientific project for a mission to the South Pole! A Tintin figurine, complete with fleece jacket, will accompany PhD student Gwenhael during a 6-week trip to Antarctica.
Follow #TintinSouthPole on Facebook and Twitter to keep up to date with what is happening.
Gwenhaël de Wasseige is a PhD student at the Interuniversity Institute for High Energies (IIHE,ULB-VUB) in Brussels and a member of the IceCube Collaboration. This winter, she has been selected for a scientific mission for IceCube, the cubic-kilometer detector at the South Pole that explores the universe using neutrinos and cosmic rays. During her four-week trip to Antarctica, she will deploy a snow depth sensor above IceTop, the surface detector of IceCube, which will lead to a better understanding of the cosmic-ray showers detected by this detector .
Gwen has been staring at the stars since she was a small child in Charleroi, a city near Brussels, always wanting to learn more about the universe. Now, her research involves neutrinos, solar flares and gravitational wave events. She is also a very active member of the outreach team, both in IceCube and at the IIHE.
The Interuniversity Institute for High Energies, or IIHE, was created in 1972 at the initiative of the academic authorities of both the Université Libre de Bruxelles (ULB) and Vrije Universiteit Brussel (VUB). With above 90 members, of which approximately half are doctoral students, the institute is devoted to the research in elementary particle physics and in astroparticle physics. With the Large Hadron Collider at CERN the famous Higgs particle was discovered in 2012 and with the IceCube observatory at the South Pole very high energy neutrino’s coming from yet unknown sources in the Universe were discovered in 2013. We study as well the properties of neutrino’s with the SoLid experiment at Mol (Belgium) and the JUNO experiment (China). In our laboratories we develop front line technologies deployed in these particle detectors.
The 18 members of the Brussels IceCube team are involved in studies to localize and identify the cosmic sources of the observed high energy neutrinos , which comprise as possible candidates active galactic nuclei (AGN) and gamma-ray bursts (GRBs), as well as dark matter annihilations in massive objects like our Sun, Earth or the Galactic center. The group is also highly involved in detector development and extension of the IceCube observatory. 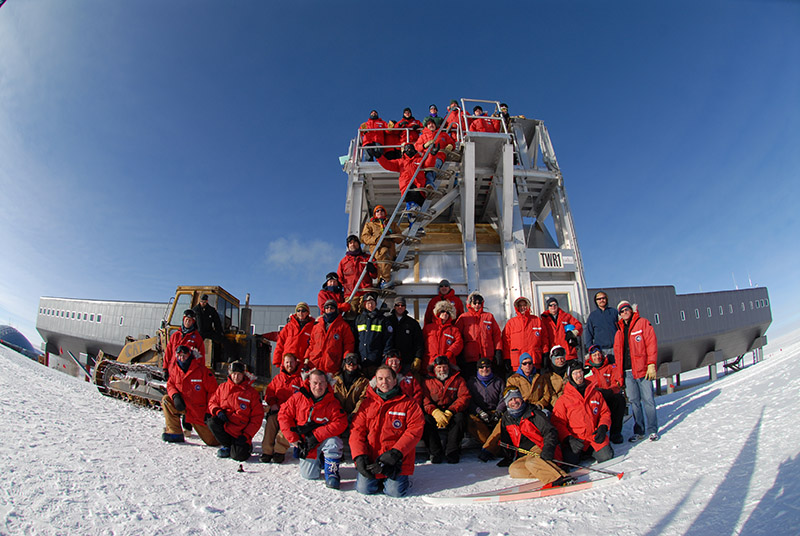 © IceCube/NSF 2016
Research at the IIHE is mainly funded by the Fonds National de la Recherche Scientifique (F.R.S.-FNRS), the Fonds voor Wetenschappelijk Onderzoek (FWO) and by both universities through their Research Councils.
Readers will be able to follow the adventure through numerous articles and photographs on tintin.com. 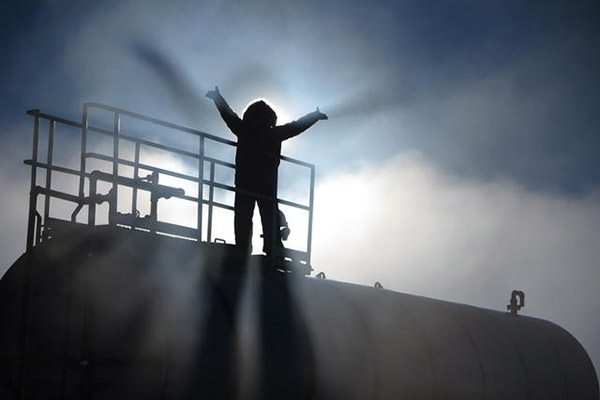 IceCube is a unique detector that allows us to explore regions of the universe that have to date remained inaccessible to other telescopes. 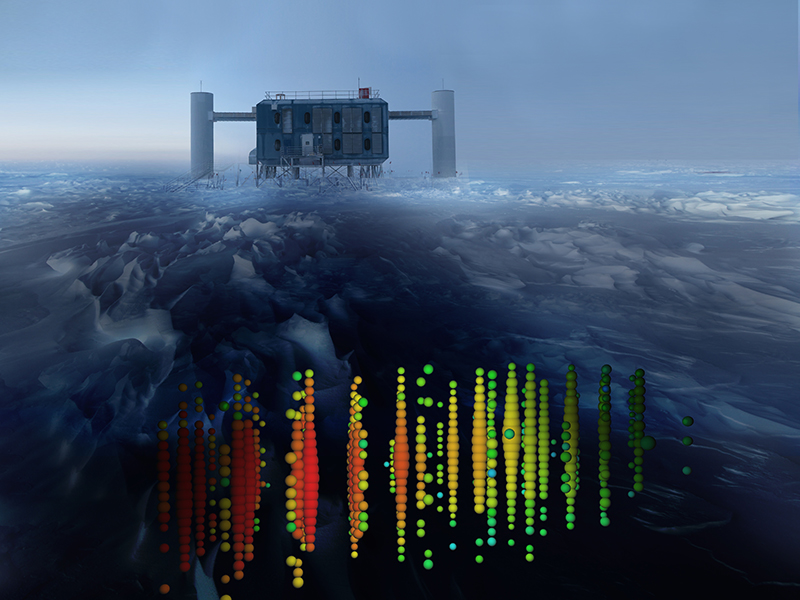 Erik Beiser IceCube/NSF
IceCube is a strange telescope that:
- uses neutrinos instead of light to learn about the far and extreme universe
- encompasses a cubic kilometer of ice near the South Pole, which was instrumented with over 5,000 light sensors at depths between 1.5 and 2.5 km.
IceCube the largest detector of its kind, the one that proved that neutrino astronomy is possible. The idea of using neutrinos for astronomy goes back to the 1960s, but the need for huge telescopes––at least one cubic kilometer––in water or ice required the development of new instrumentation and detection techniques. IceCube was completed in 2011 and was the first successful attempt to build a cubic kilometer telescope––and the only one to date–– and the first to detect a flux of very high energy neutrinos, most of which originated outside our galaxy. 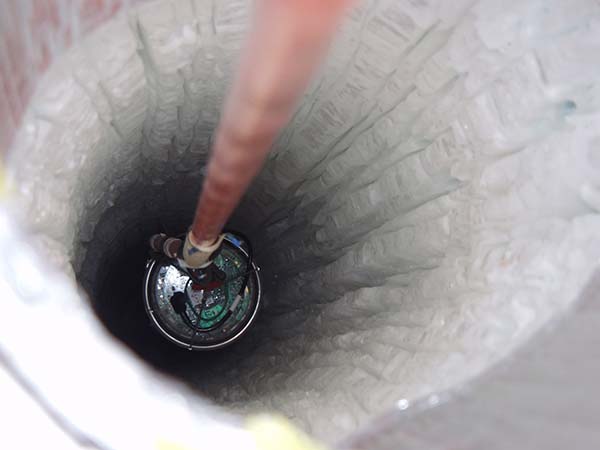 IceCube Collaboration
We have learned that the energy density of the universe in neutrinos is similar to the energy density in electromagnetic radiation, which means that many discoveries await. Scientists predict that around 20% of the universe has not been explored using electromagnetic radiation but will be accessible to neutrino detectors. IceCube will continue detecting neutrinos for at least a decade, and we are already planning an update to the facility that will allow observing ten times more neutrinos per year.
Find all the necessary information on the IceCube website.

Have a look at the feedbacks: