Tintin at the South Pole - On the road!

Another message from our correspondent Gwenhael : 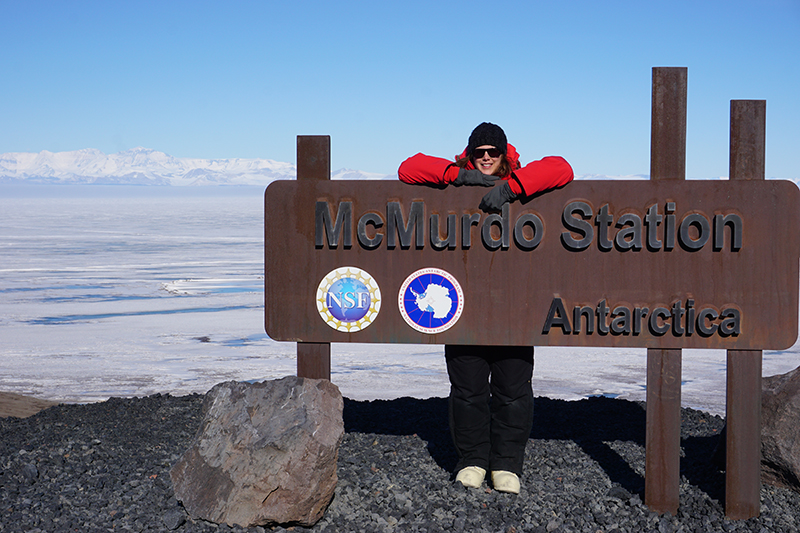 Gwenhael De Wasseige IceCube/NSF 2016
After several days of delay due to poor weather conditions in the Antarctic sky, we have finally been able to fly to McMurdo, located on the coast of the cold continent. 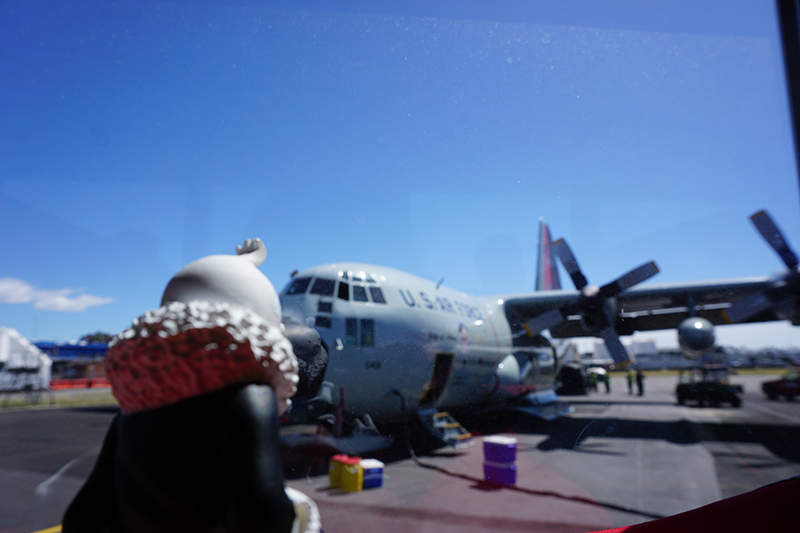 Gwenhael De Wasseige IceCube/NSF - ©Hergé/Moulinsart 2016
We flew with a LC130 Hercules ‘Skibird’, from the U.S. Air force. After 6 hours of flight, we started to see the first icebergs floating on the ocean. We landed 2 hours later.
The first steps in Antarctica will for sure stay in our mind: all we could see around was a flat white plateau with some high mountains in the far landscape. The freshness of the air was biting our nose and the quietness of the place was extremely relaxing after so many hours of noisy flight. 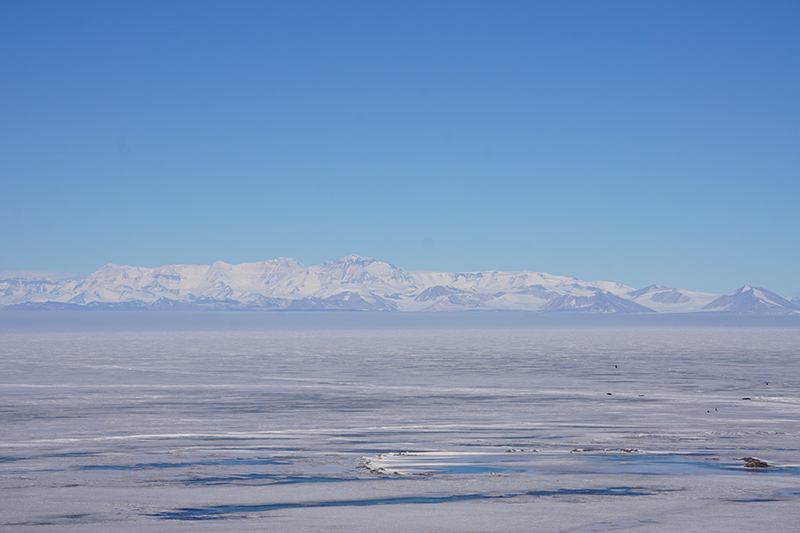 Gwenhael De Wasseige IceCube/NSF 2016
After a 30 minutes ride on the frozen ocean where we landed, we reached out McMurdo station. This science base, supported by the National Science Foundation (NSF), can host up to a 1000 of people during summer time. All these people are there to ensure the future of the science on the cold continent, such as astrophysics, geology, glaciology and biology among others. 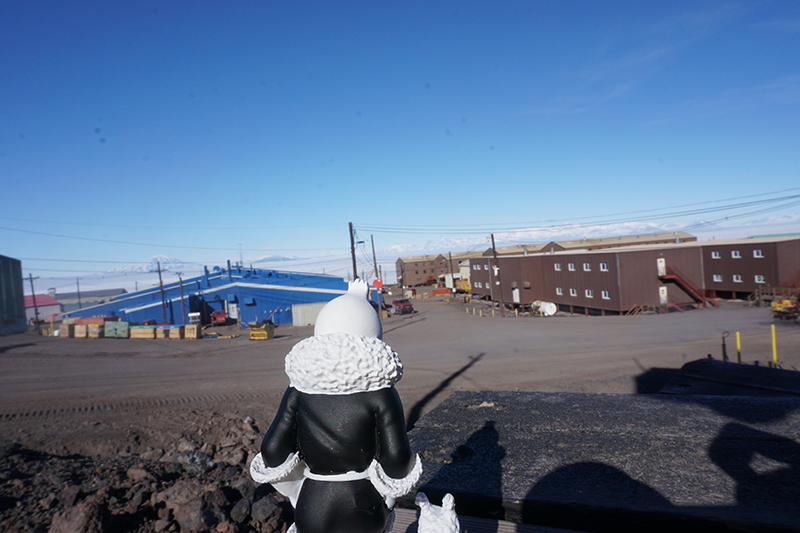 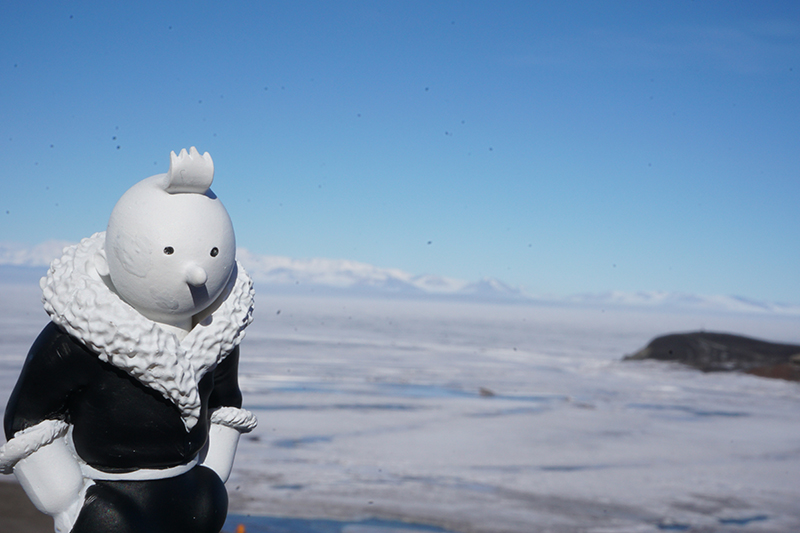 People around are very kind and were happy to help us with any obstacles we encountered. However, this is not the end of our trip yet.
Tomorrow, we will fly to our final destination, the South Pole. 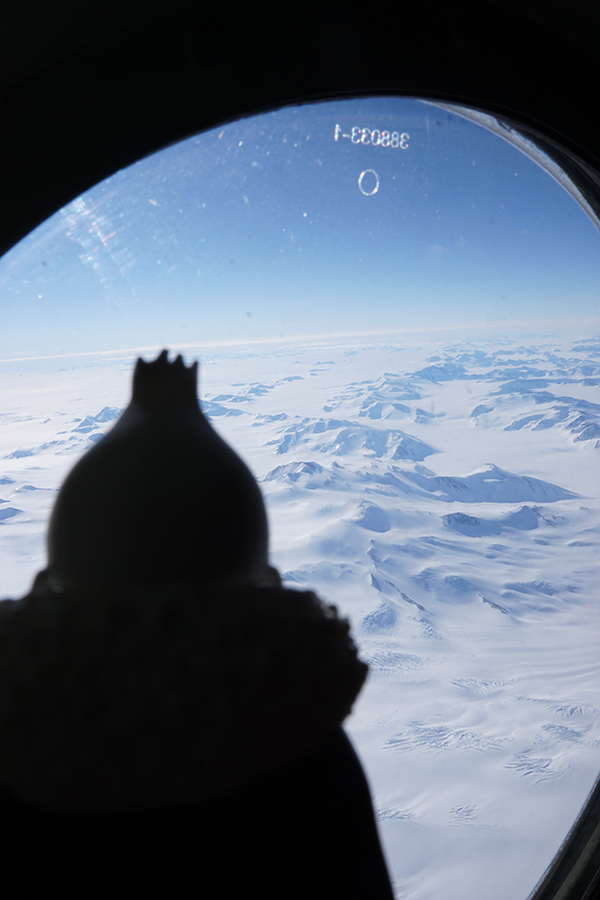