The Sceptre, a taste of "MacGuffin" 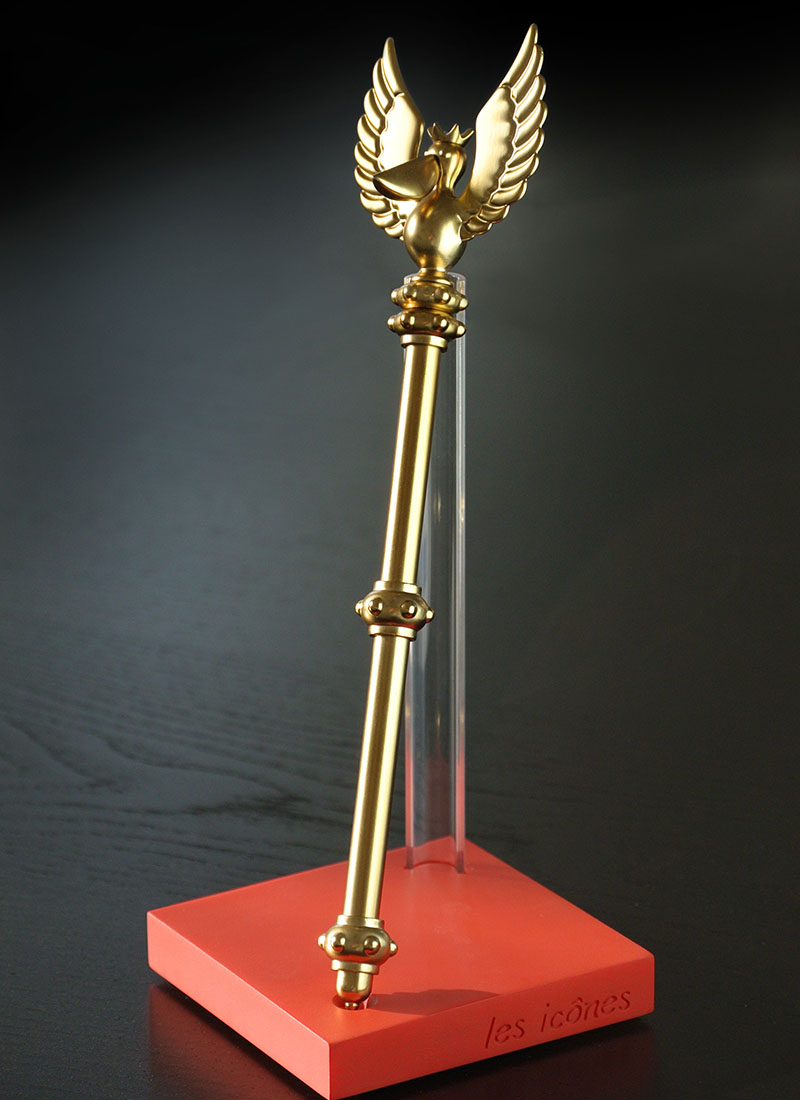 © Hergé-Moulinsart 2019
This time, it is the royal symbol that is being honoured.The royal symbol of Syldavia, which is a tiny country made up of a few villages and forests, and is so small that Tintin has no difficulty in crossing it quickly from one end to the other.
It is a precious asset for the Syldavian people and as such it is the object of desire and plots of foreign forces. The loss of this object would be enough to jeopardize the monarchy.Indeed, one event had a singular importance in the country's history. In the 14th century, King Ottokar IV knocked out a villainous baron who wanted to steal his sceptre. Consequently the sceptre has since acquired a high symbolic value. To keep their throne, the king and his descendants had to present it to the crowd on the national holiday of St. Vladimir's Day.
This object of desire, is therefore kept under secure guard in a fortress, similar to the Tower of London, which houses the British Crown jewels.It should be noted that the splendour and gold of the palace contrast with the rural simplicity of the country, which reinforces the caricature of a small operetta kingdom.

© Hergé-Moulinsart 2019
Conspirators have instigated a coup d'état and set up a Machiavellian plan to steal the sceptre, which will trigger a series of exciting events and chases in which Tintin will take part. In short, the whole adventure revolves around this object.
Hergé uses a narrative process that Alfred Hitchcock was one of the first to define, he even gave it a short name: "MacGuffin".Hitchcock used this process extensively in his films, describing it as “the driving force that appears in any scenario. In stories about thieves, it's almost always the necklace, and in spy stories, it's inevitably the document.”
Hergé also used many MacGuffins in his stories, such as the Arumbaya fetish, the models of the Unicorn, the crab boxes, Castafiore’s jewels, and Calculus’ umbrella to name a few. And here, Ottokar's sceptre.
This isn’t the only thing in common with Hitchcock. As we know, the filmmaker liked to make a brief appearance in each of his films, called a "cameo".In this book, Hergé also amused himself by appearing in this adventure as an extra. He played an officer of the Syldavian court. 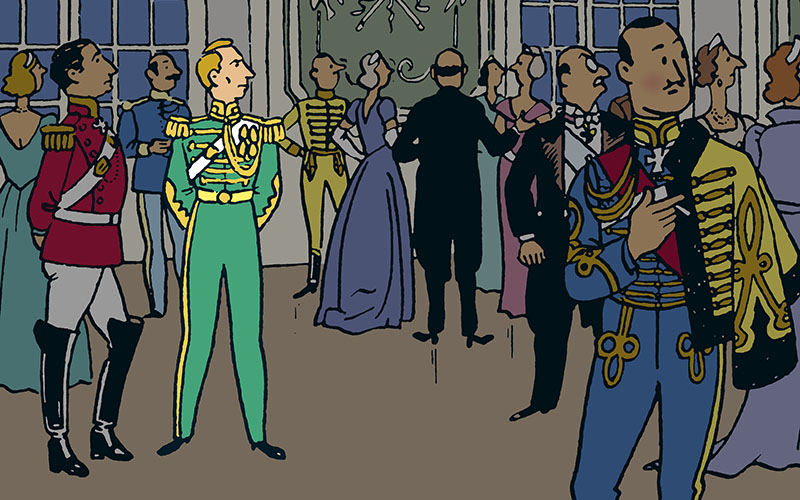 © Hergé-Moulinsart 2019
The first sketchbooks indicate that the central role of the sceptre was established very early on. However, it took a little time to determine its final form.Hergé first imagined that the end of the sceptre would serve as the royal seal, and he called it the "Sceptre-Seal". As for the choice of ornament, his first sketches hesitated between a "hand of justice", a raptor or fox's head. 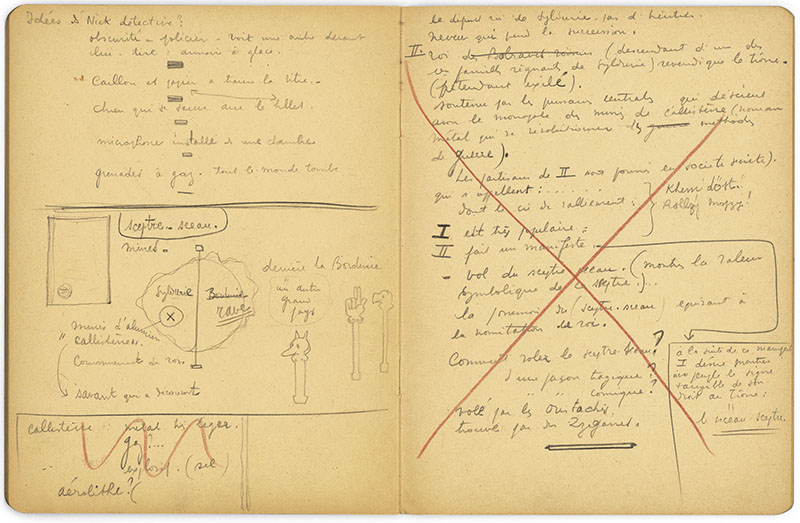 © Hergé-Moulinsart 2019
In the original 1939 version published in Le Petit Vingtième, the ornament is simply a crowned pelican head.Hergé gave the sceptre its final form when it appeared in the book format. Therefore the pelican only spread its wings from 1947.

© Hergé-Moulinsart 2019
In developing the model, we paid particular attention to the material used.We chose zinc with electroplating, a process that consists of immersing the object in an electrolysis bath in order to coat it with a metallic layer.The surface finish is satin to soften the reflections and evoke the patina of old gold. Don’t forget that the sceptre has a venerable age.

© Hergé-Moulinsart 2019
The model measures 232mm and weighs 111g.The finish, its material and weight/volume ratio, give the impression of being the work of a silversmith. 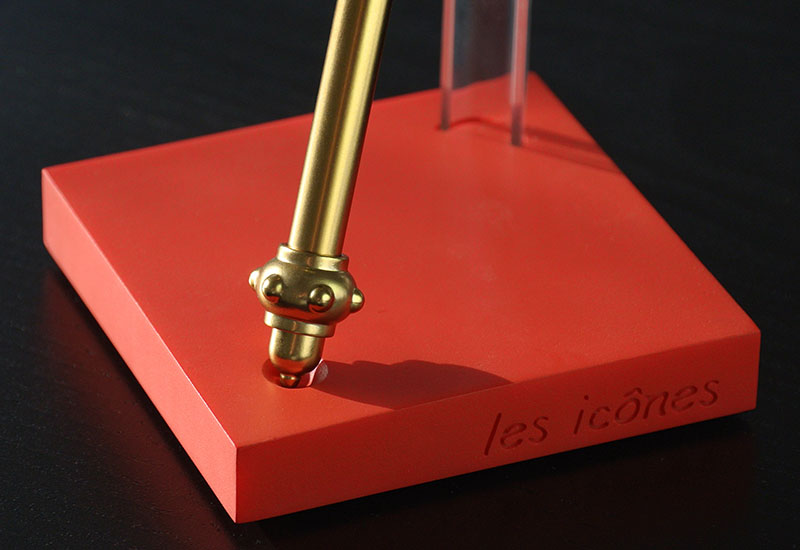 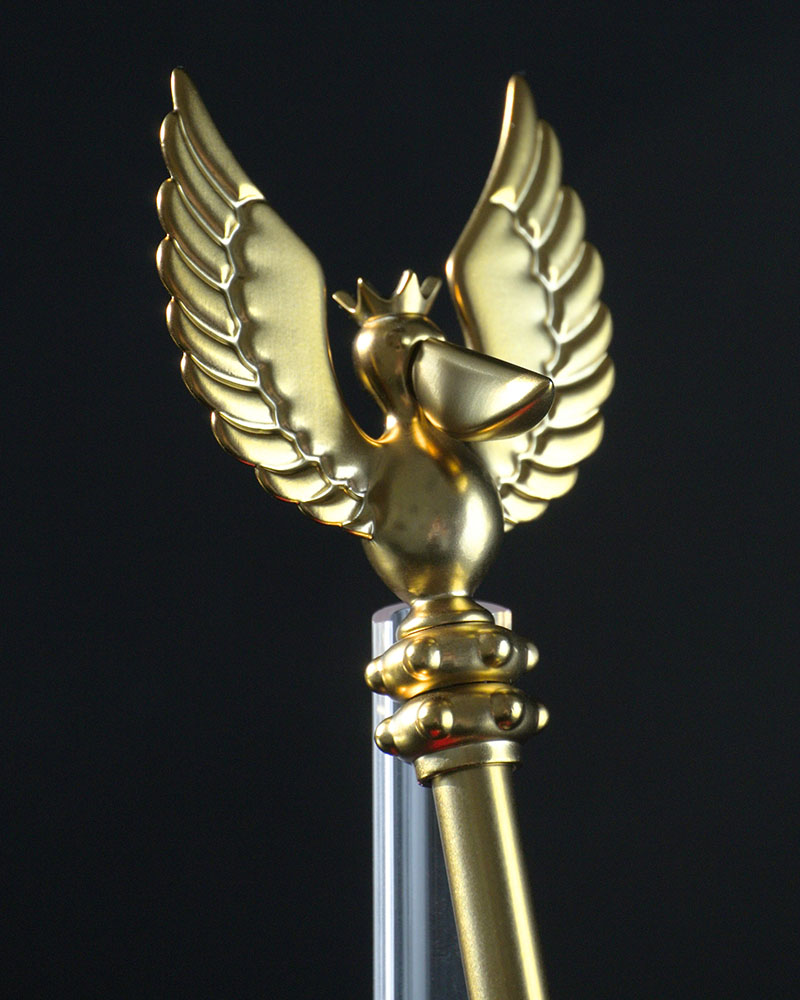 © Hergé-Moulinsart 2019
This is the first time that a version of this size and quality of material has been offered to the public.
An object that we hope is screaming or should we say "striking" with truth because, to use the motto of the Kingdom of the Black Pelican, “Gather thistles, you’ll get prickles”.