The race for Space

This "race to the stars" takes place in a climate of competition between two world superpowers: the Union of Soviet Socialist Republics (USSR) and the United States of America (USA).
On 12 April 1961, Yuri Gagarin took soars towards the sky from the Baikonur base - then in the Soviet Union, now in Kazakhstan. Aboard Vostok 1, the Russian cosmonaut made his first flight into outer space for 1 hour and 48 minutes. A new dawn was dawning for humanity: man was about to conquer immensity.
For the Americans, it was another deception. The following month, the United States also sent a man into outer space. But this was not enough to compensate for the Soviet superiority. President John Kennedy issued his famous challenge: an American would walk on the Moon before the end of the decade.
In 1969, Neil Armstrong stepped out of the Apollo XI spacecraft and set foot on the Moon.
Coincidentally, 20 years to the day after Yuri Gagarin, the first American space shuttle, Columbia, launches for its first flight from the Kennedy Space Center in Florida. On board are astronauts John Young and Robert Crippen.
Today, the conquest of Space is not over. The number of stakeholders is increasing, and the superpowers are competing with private companies, such as SpaceX, Elon Musk's company, which is constantly expanding its Starlink constellation.

Tintin before the superpowers 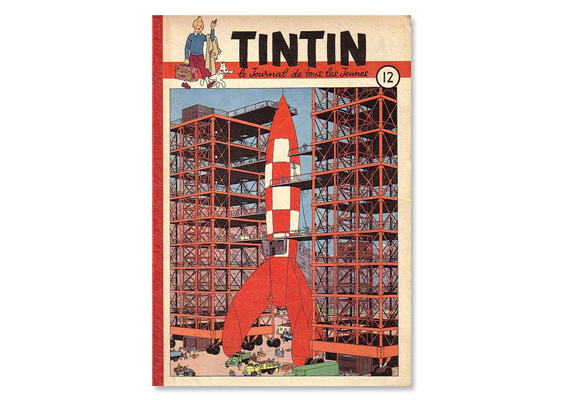 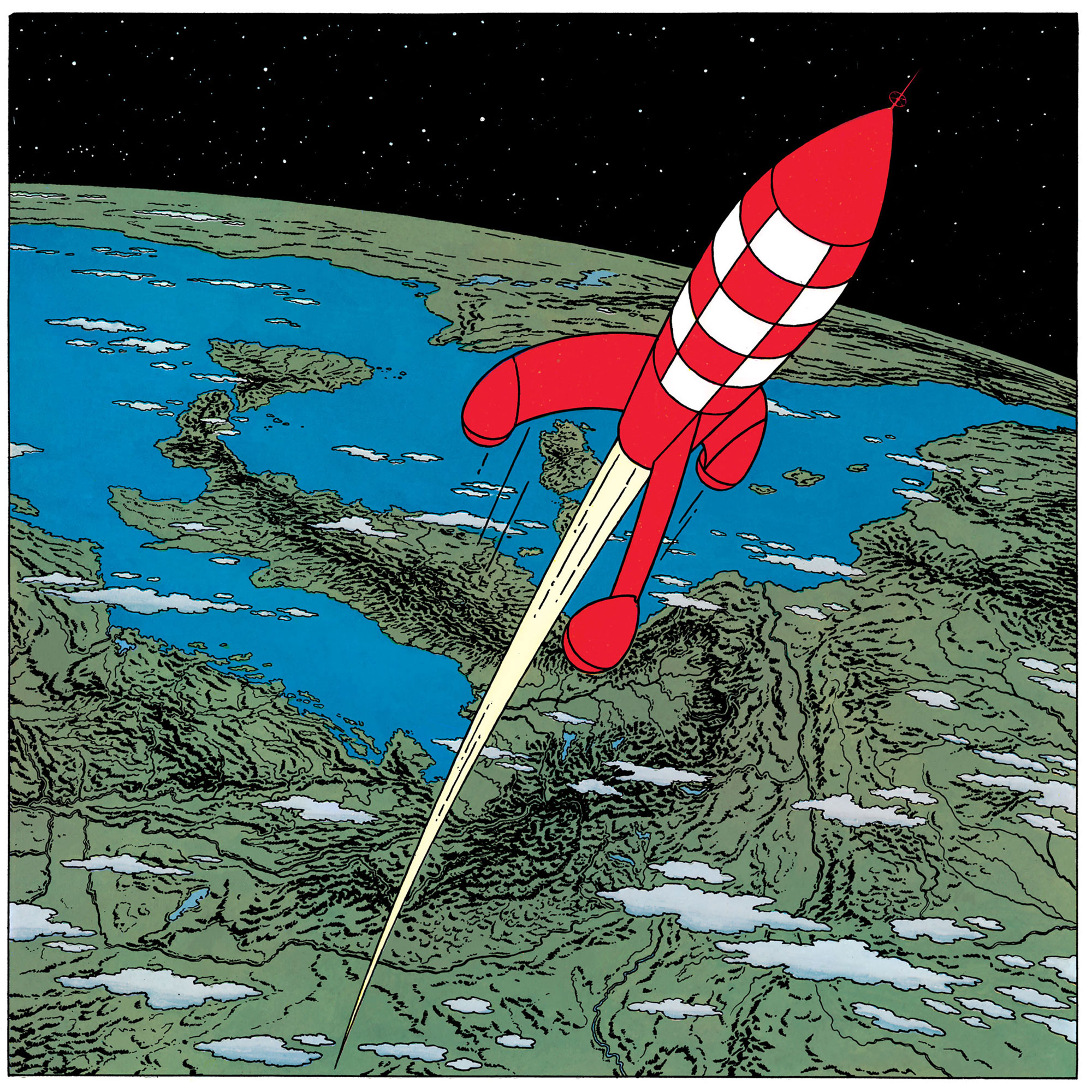 © Hergé - Moulinsart 2021
Hergé constantly pushes the limits of the script and sends his heroes into outer space. But how did Hergé anticipate the lunar adventure with such precision?

A well thought-out and documented project

After the Second World War, the dream that man could escape from his native planet slowly became the fruit of long scientific works that opened up the imagination of creators such as Hergé! It was therefore the current events that influenced Hergé's choice to send Tintin and his faithful friends into the Space.
When he finally decided to create the Moon adventure, the author quickly began to carry out research, consulting Bernard Heuvelmans’ book L'Homme parmi les Étoiles (Man among the Stars). Information from another book, L'Astronautique (1950) by Professor Alexandre Ananoff, helped Hergé to create his Moon rocket. 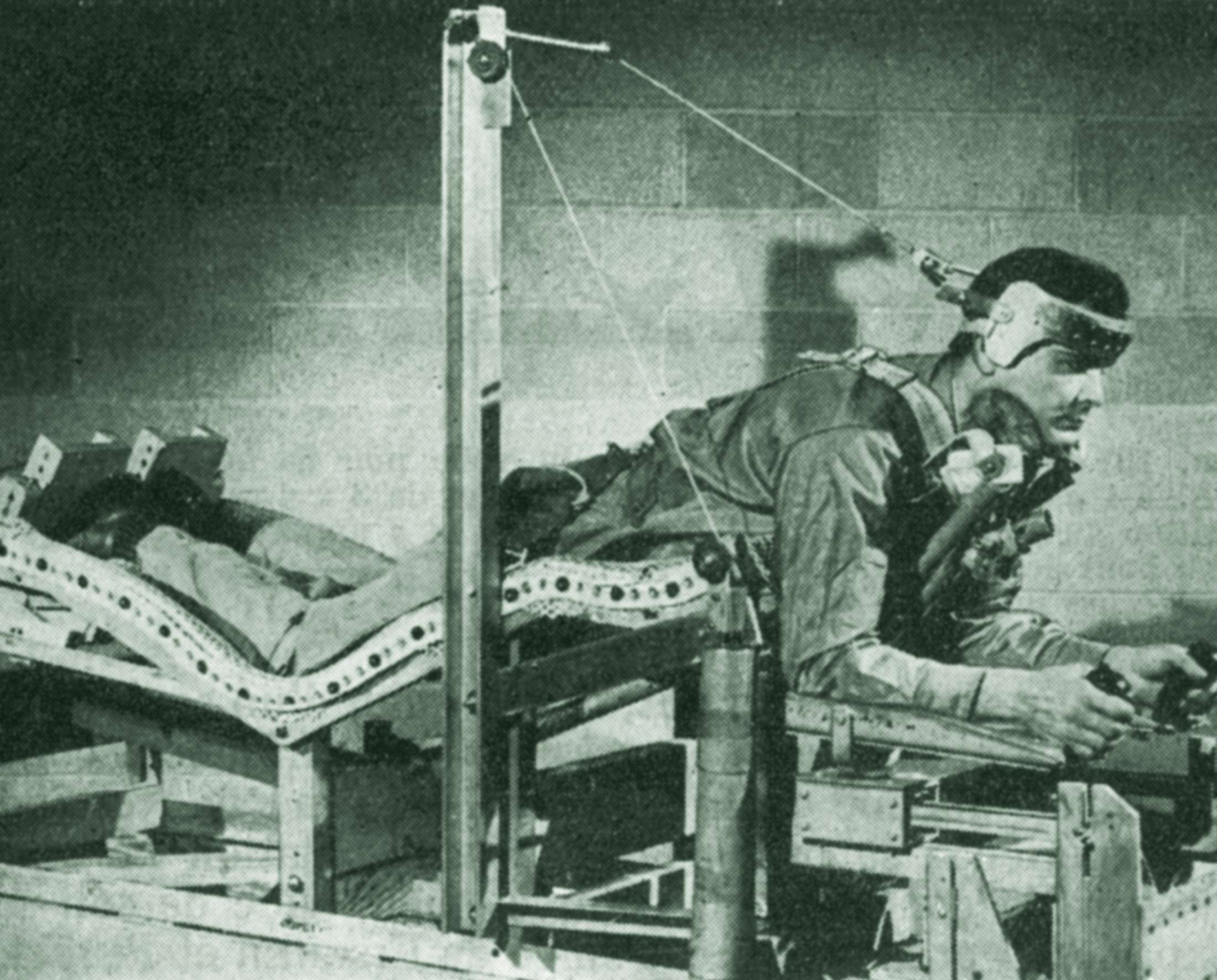 Prototype of an ergonomic bed.

Prototype of a spacesuit. © Hergé - Moulinsart 2021