The broadcast of the radio programme Les Bijoux de la Castafiore, with a projection of the original drawings from Hergé's comic strip, went off brilliantly this Sunday 12 September 2021.

A review of this unique experience by Philippe Fontaine 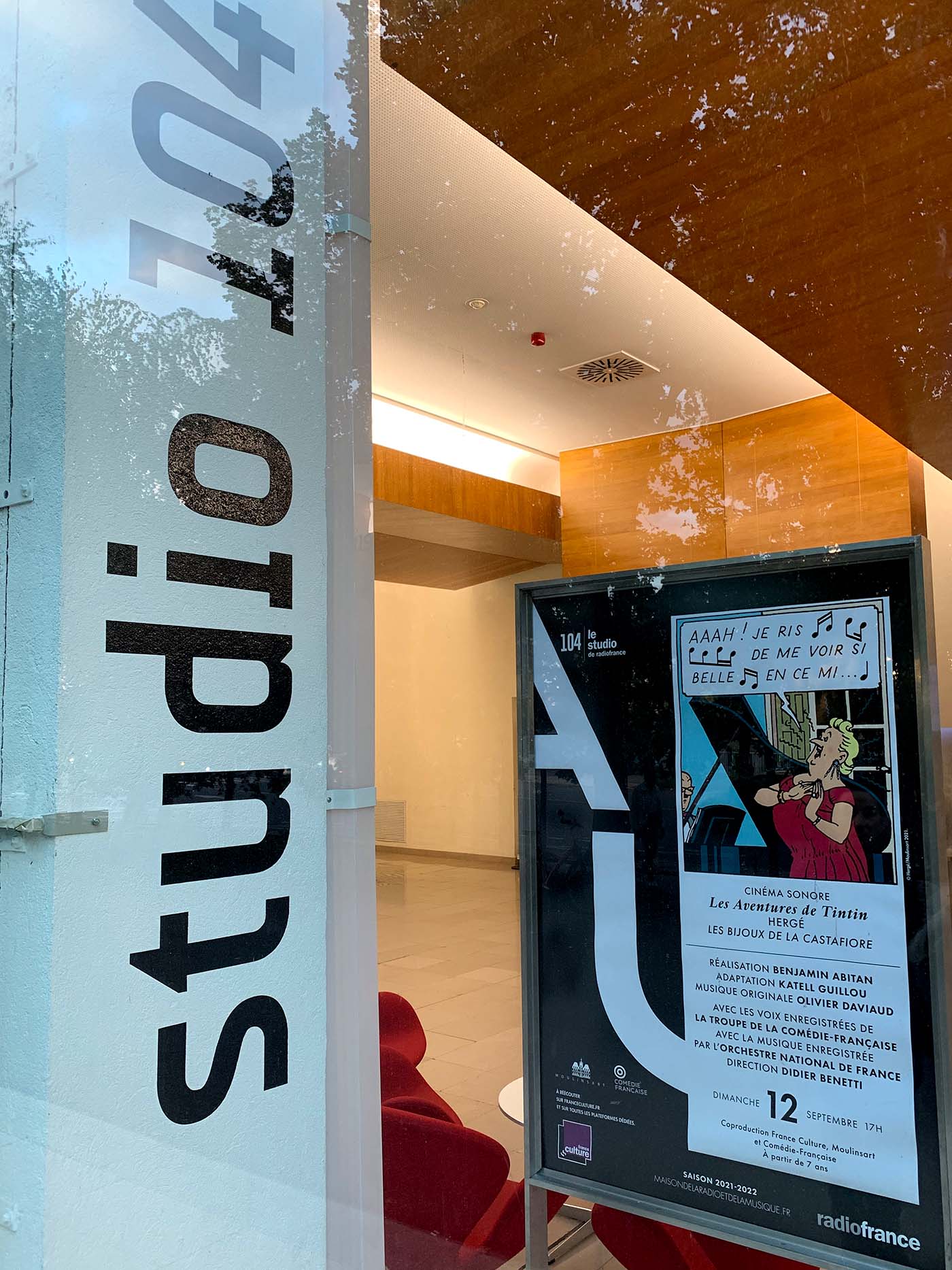 © Hergé-Moulinsart 2021
This is an unusual exercise that consists of projecting Hergé's drawings onto a serial originally intended for radio. A first experiment was carried out in 2017 with Les Cigares du Pharaon. This time, in order to obtain a result in keeping with the setting (Studio 104 is the historic and mythical place for all the music and major public events of the Radio France channels), a special effort was made to ensure that the images were of high quality, made from the original colouring blues enhanced by the line drawing. 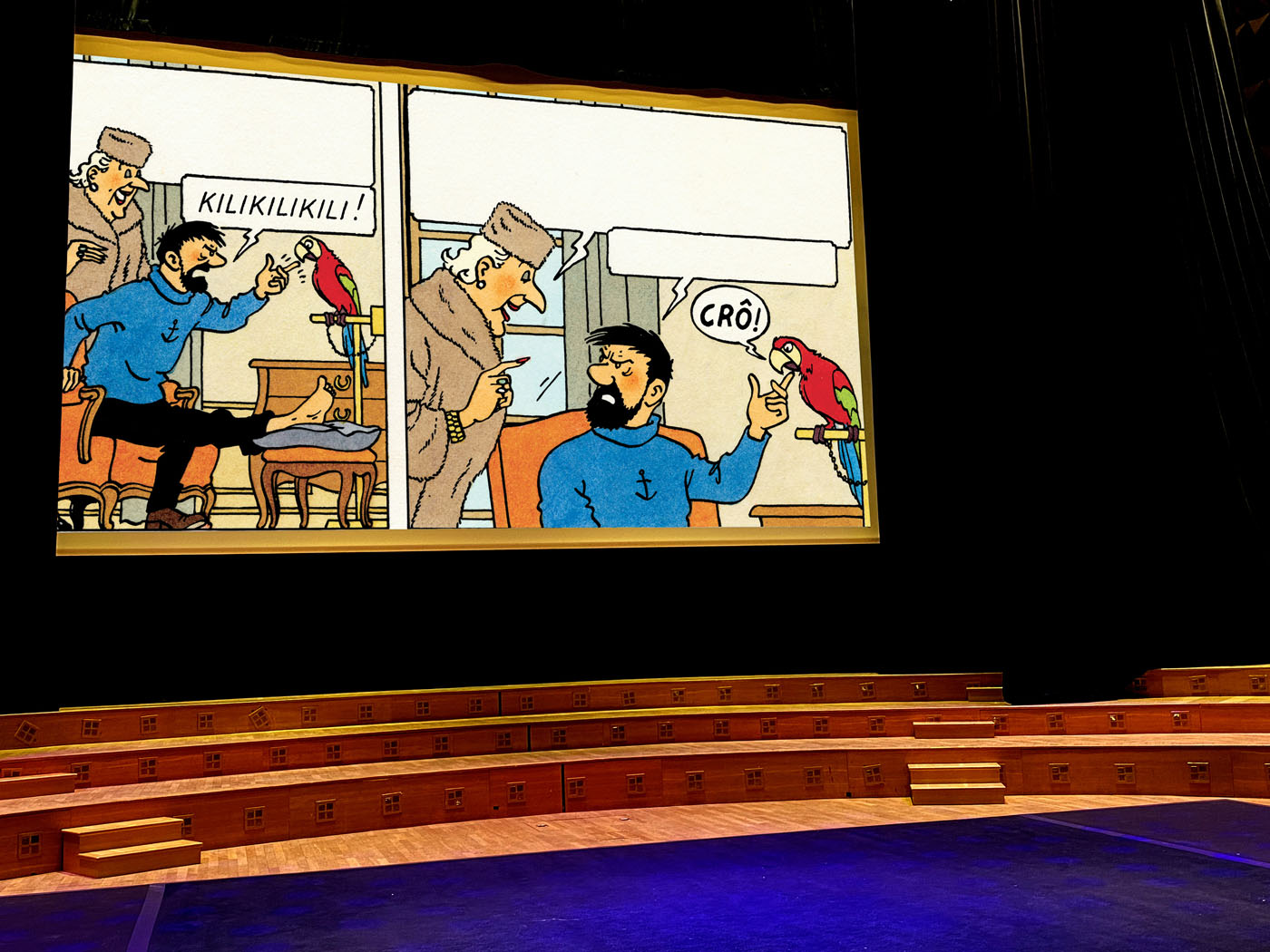 © Hergé-Moulinsart 2021
We were invited to go on stage, accompanied by Blandine Masson, director and head of fiction at France Culture, Sylvia Bergé, actress, member of the Comédie Française, interpreter of Bianca Castafiore and Benjamin Abitan, director of the five radio serials adapted from The Adventures of Tintin. The room was packed. The 856 seats of Studio 104 were occupied by a family audience. In the front row, a young boy was holding his album of Les Bijoux de la Castafiore wide open on his lap. Our first satisfaction was to see that despite the sun shining outside, families had come in great numbers to spend a good time with Tintin. 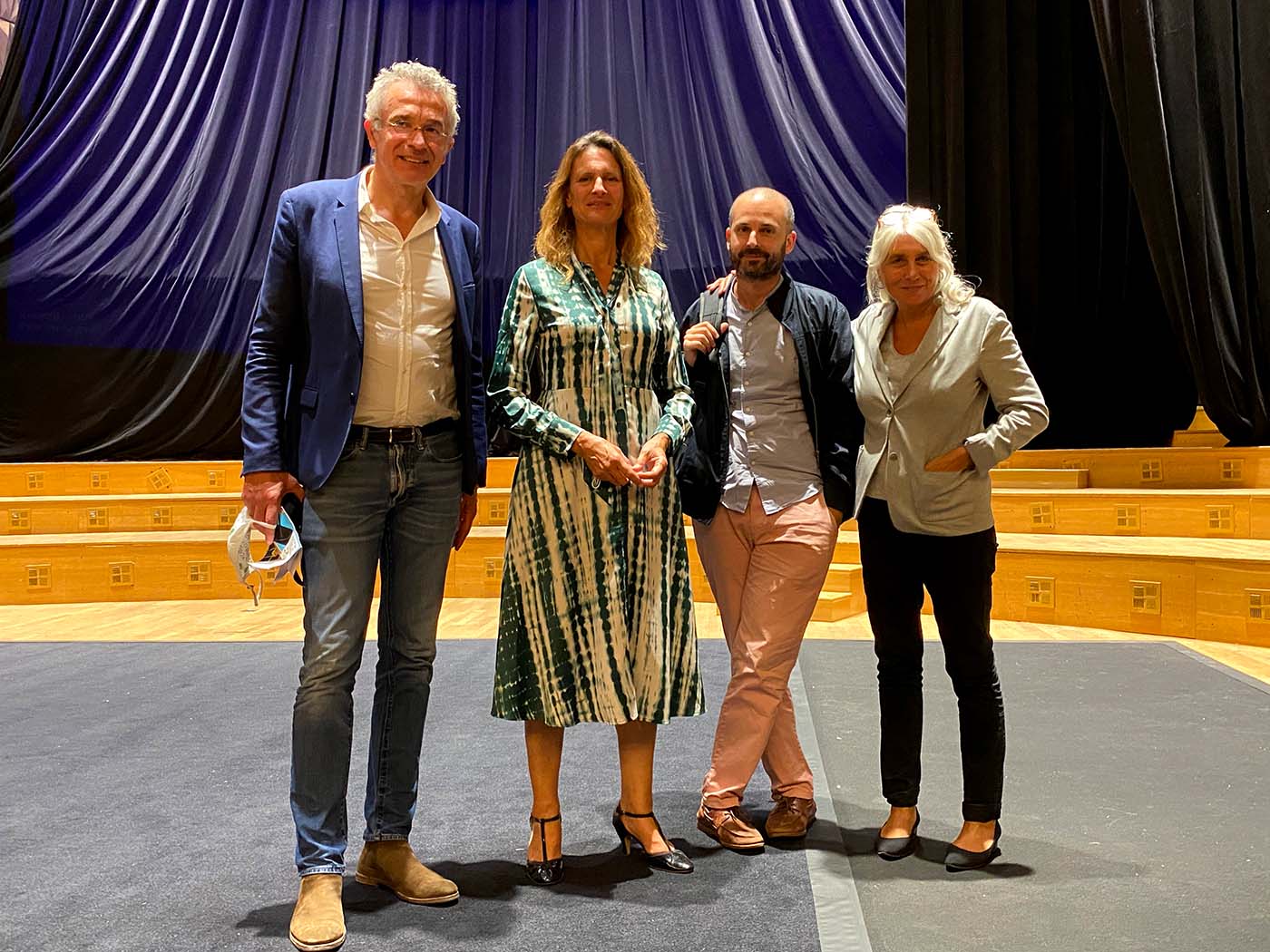 Yves Février, digital creative at Moulinsart accompanied by Sylvia Bergé, actress, member of the Comédie Française, interpreter of Bianca Castafiore and Benjamin Abitan, director of the five radio serials adapted from The Adventures of Tintin. Blandine Masson is on The right. © Hergé-Moulinsart 2021
During the screening, laughter broke out at every comic effect. The talent of the actors was magnified by the subtlety of Hergé's drawing. I saw my neighbour, H.E. Mr François de Kerchove d'Exaerde, Belgian ambassador to France, burst out laughing on several occasions.
During the intermission, a lady came up to me to say that she did not usually appreciate comics, but that here she had made a discovery by seeing her son captivated by the story and the drawings.
The end of the screening was greeted with enthusiastic applause. I met a little boy who told me that "it was better than the cartoons"!
Tintin is not a superhero, but he does have a superpower: 45 years after his last appearance under the brush of his creator, he still delights children. 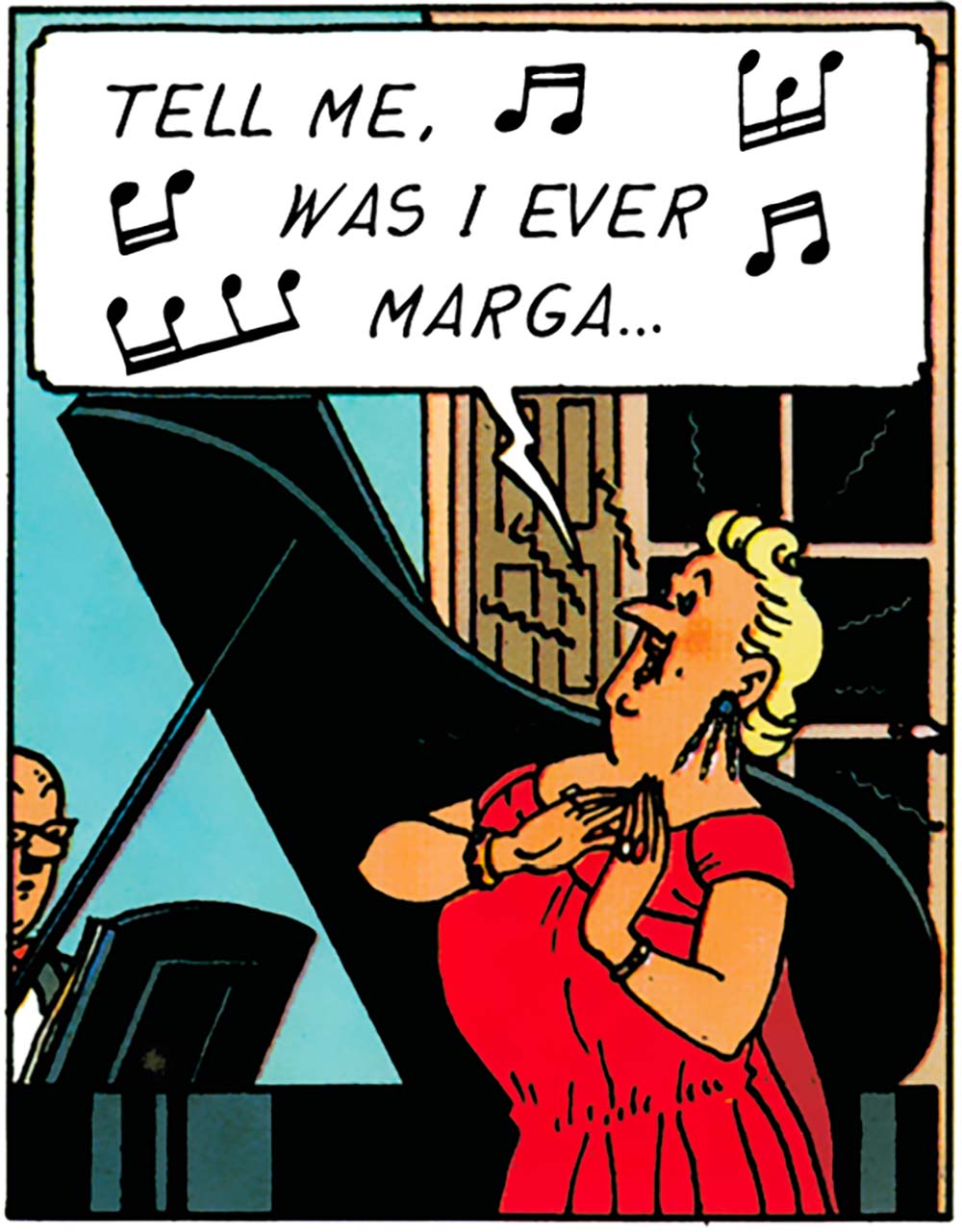