Each month, Gwenhaël W. De Wasseige will tell us through her Little Story of Infinity the latest news about the universe and the domain of the infinitely small. Gwenhaël is assistant professor at UCLouvain in astroparticle physics. Members of the IceCube and KM3NeT, she leads the neutrino hunt both at the South Pole and in the Mediterranean Sea.

Almost 5 years ago, I took off for Antarctica with the South Pole as destination. Among my traveling companions were the most courageous of explorers, the most astute of reporters, the most intrepid of Belgians: Tintin, accompanied of course by Snowy. How could I as a young astrophysicist dreamed of anything better? 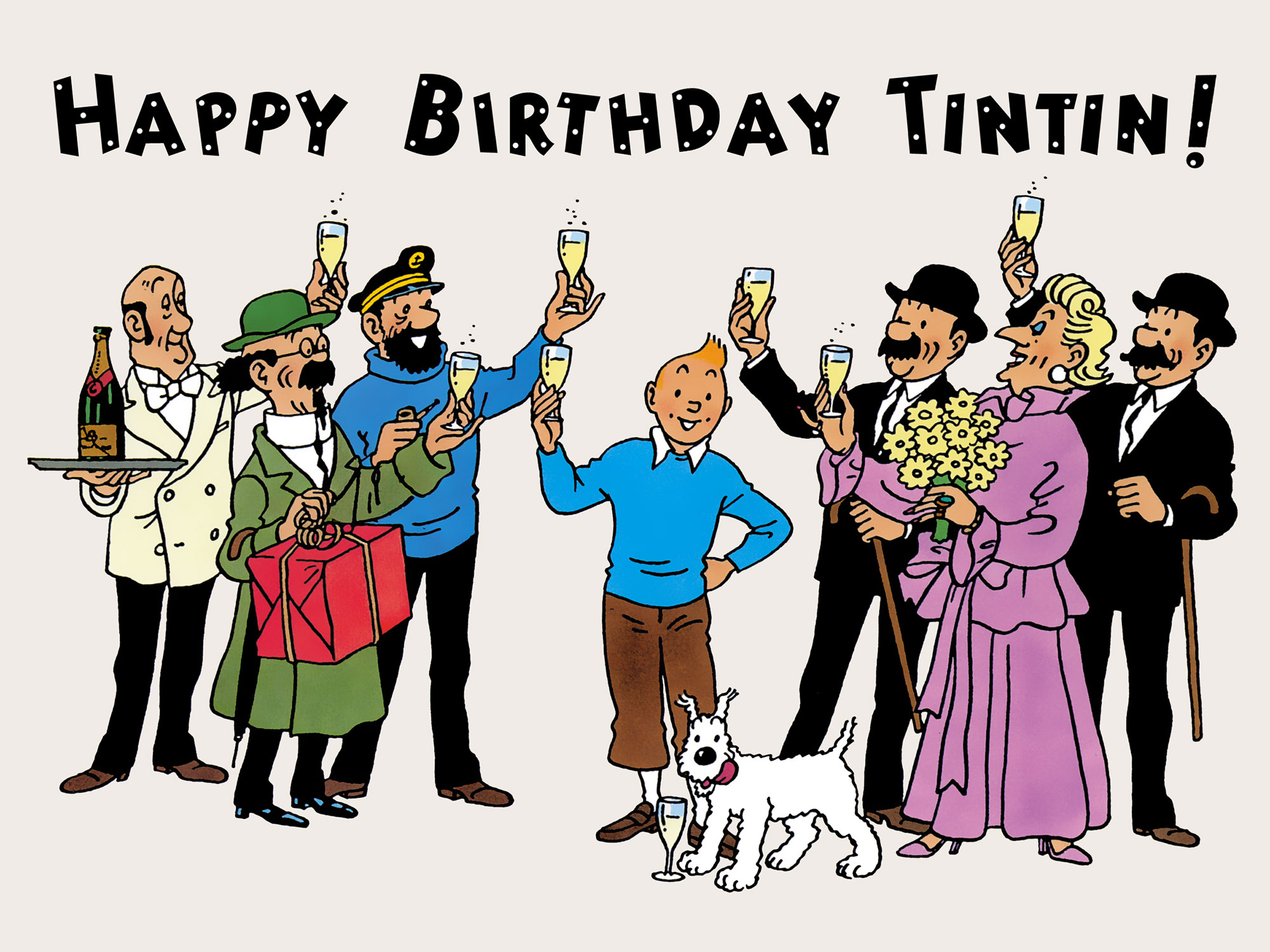 © Hergé - Moulinsart 2021
The reason for our trip : to take care of one of the strangest telescopes ever! It sits in the middle of the most deserted continent on our planet, farther from any inhabited land than the orbiting astronauts. Tintin and I were going to hunt for neutrinos in -30 degrees at the South Pole with IceCube. Buried more than 1.5 kilometers deep, IceCube's eyes are spread throughout a cubic kilometer of ice.
They continuously observe the blackness of some of the purest and most transparent ice on Earth, searching for a flash of light, a unique clue of the presence of a neutrino.
Curious to know how it works? Follow the link!
"Why so much trouble?" you might say... To detect some of the most mysterious particles in our universe, produced by explosive phenomena, a thousand billion times brighter than our sun. In a decade, IceCube has revolutionized our vision of the Universe in neutrinos: this telescope has not only discovered the most energetic neutrinos observed to date, but has also identified the first sources of neutrinos.
This is what the sky looks like in very high energy neutrinos: 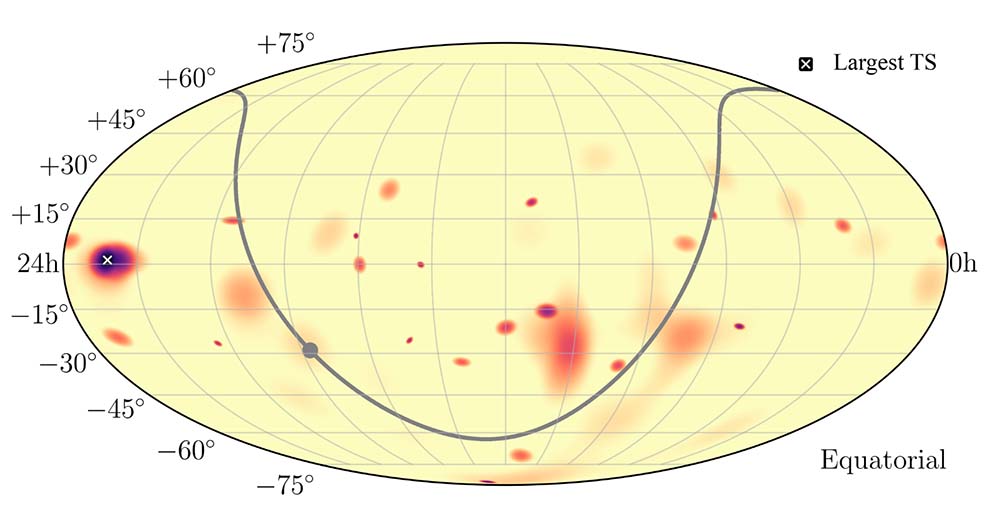 IceCube Collaboration, Phys. Rev. D 104, 022002 (2021). © IceCube
Each point colored on a scale from yellow to blue represents a neutrino detected by IceCube from that direction of the sky. The bluer the dot, the more likely it is a neutrino-emitting source is hiding there. It is like looking up at the night sky, yellow represents the an unidentified glow and blue a twinkling star. The gray line is the plane the galaxy we are in, the Milky Way, and the gray point is where the center of our galaxy where most of the stars are located.
Let’s have a look at the IceCube timeline: 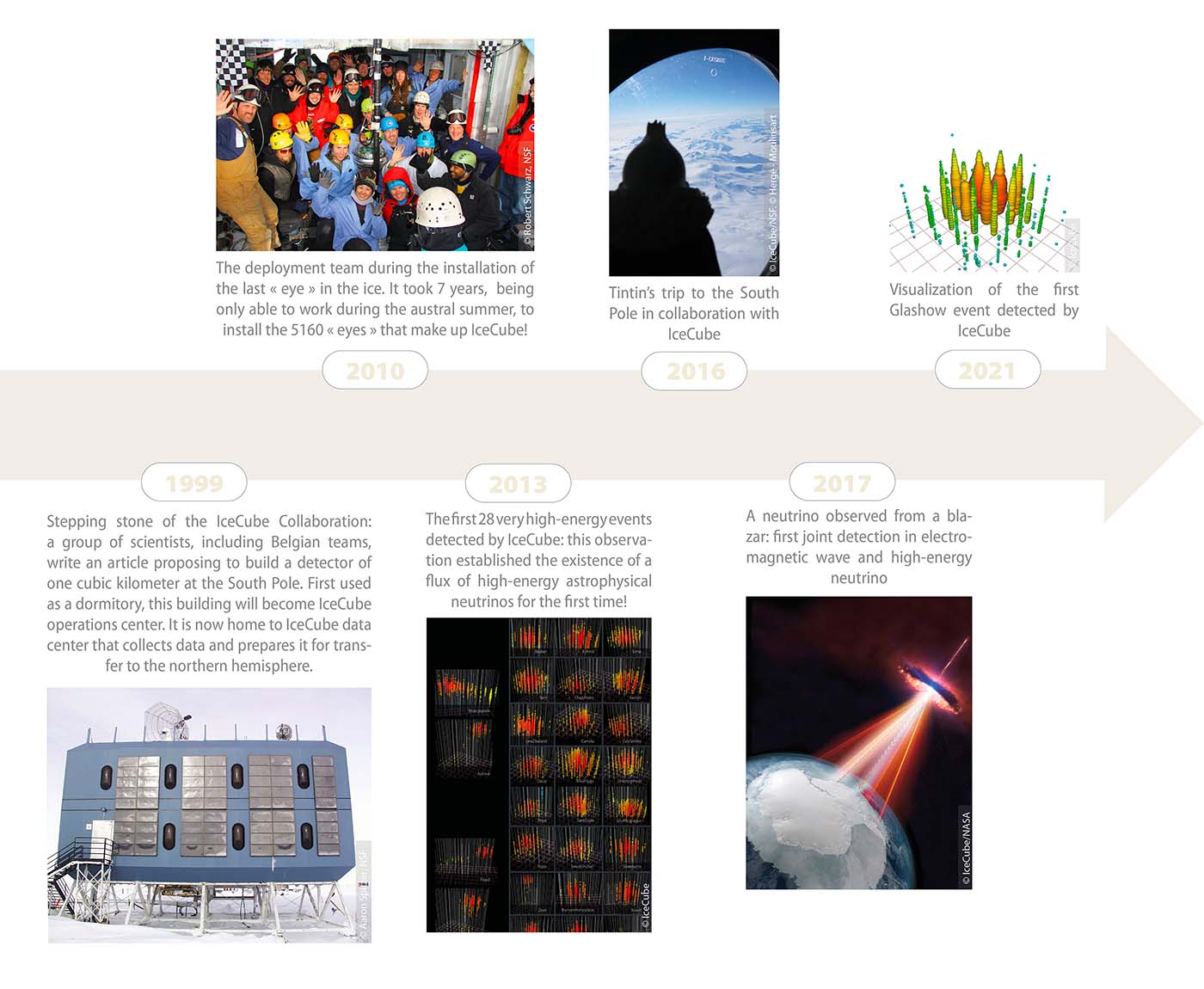 End of the story? No, it is just the beginning! We are only in the early days of neutrino astronomy and the next decade promises to be even more incredible than the last. IceCube plans to expand and become ten times the size. It will also change the design of its "eyes" to increase its sensitivity to neutrinos across a very wide energy range.
The main challenges for the next few years will be to catalog the sources emitting neutrinos and use the observations to better understand them. In short, to do with neutrinos what astrophysicists have been doing with light for decades, but looking through other glasses to see our universe in a new light.

The hunt for neutrinos is also carried out in water! With ANTARES, for more than ten years, and now with KM3NeT, immersed 2000 m below the sea level. Another telescope is also being installed in the depths of Lake Baikal, Russia. Why in the water? And the fishes?! Story to follow! 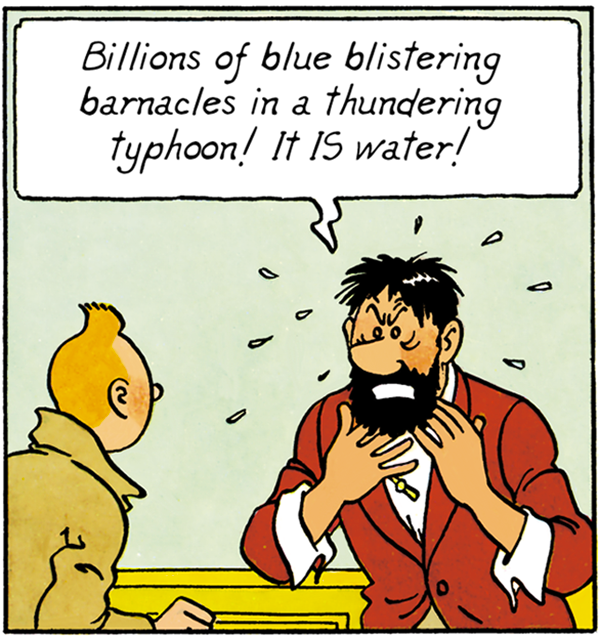 Belgium very quickly took part in the hunt for neutrinos in Antarctica. First with the AMANDA detector (Antarctic Muon And Neutrino Detector Array) in the late nineties and then with IceCube. The IceCubers now work at the Université Libre de Bruxelles (ULB), the Universiteit Gent (UGent), the Vrije Universiteit Brussel (VUB), and recently at the Catholic University of Louvain (UCLouvain).
Another highlight: the principal investigator of IceCube is Belgian! Francis Halzen studied particle physics in Belgium and is now Vilas and Gregory Breit Distinguished Professor at the University of Wisconsin-Madison in the United States of America.
Glossary
Special thanks to Jim Madsen and Madeleine O'Keefe for proofreading!
About the author :
Gwenhaël W. De Wasseige is assistant professor at UCLouvain in astroparticle physics. Members of the IceCube and KM3NeT collaborations, she leads the neutrino hunt both at the South Pole and in the Mediterranean Sea. Each month, Gwenhaël will tell us through her Little Story of Infinity the latest news about the universe and the domain of the infinitely small. 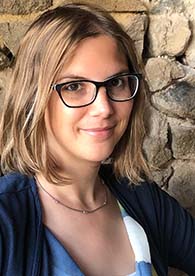