Dossier
Published on 19/12/2022
Each month, Gwenhaël W. De Wasseige tells us through her Little Story of Infinity the latest news about the universe and the domain of the infinitely small.
To celebrate the 30 and 20 year anniversaries of the flights of Dirk Frimout and Frank de Winne as well as the selection of a third Belgian career astronaut, Raphaël Liégeois, Gwenhael went to meet three space explorers. Tintin and Snowy, who, let's remember, were the first to walk on the moon, were obviously part of the adventure.
A stone's throw from the Hergé Museum in Louvain-la-Neuve, a space event took place in October as part of the Belgian Space week. Nicole Stott, Robert Thirsk, and Reinhold Ewald, three astronauts, came to talk about their experience with students from UCLouvain as well as students from Belgian secondary schools.
Gwenhael took the opportunity to show them drawings from the well-known albums Destination Moon and Explorers on the Moon. Is their experience and that of Tintin similar? Let's discover these wise adventurers.
What was your favorite moment? 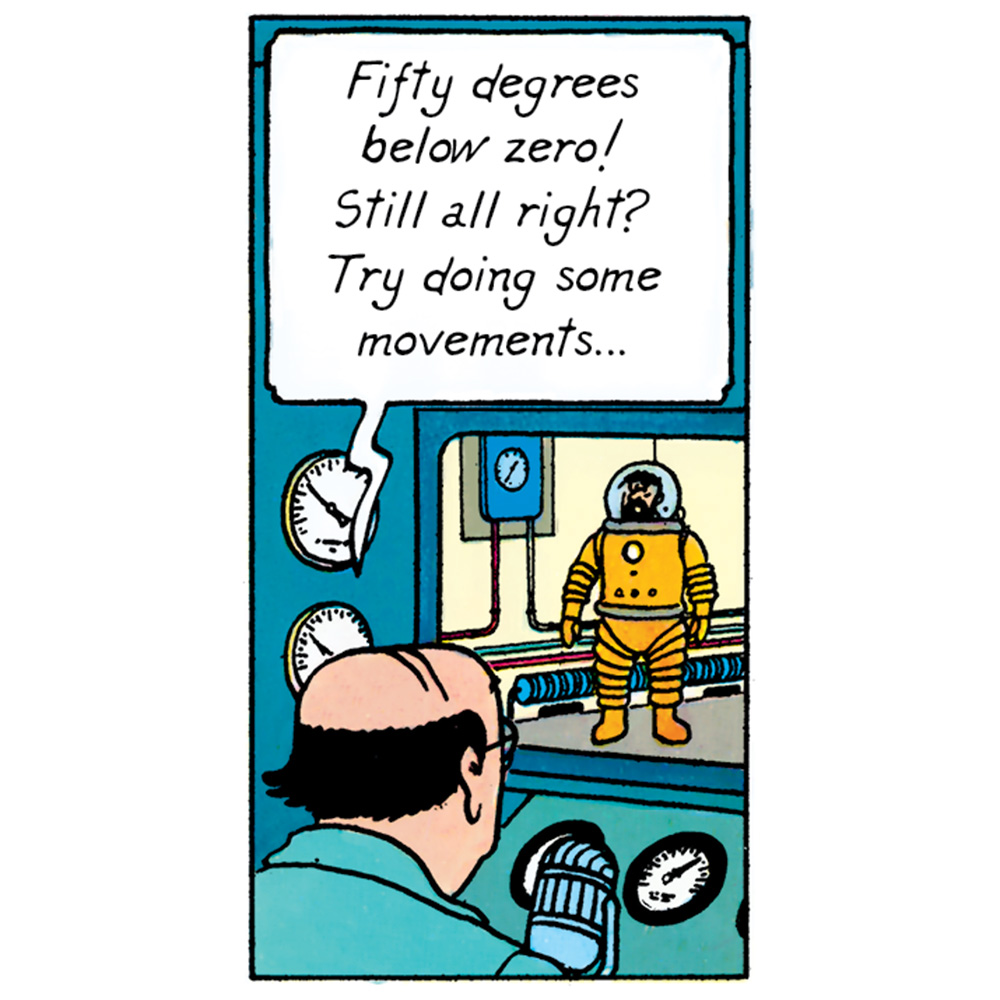 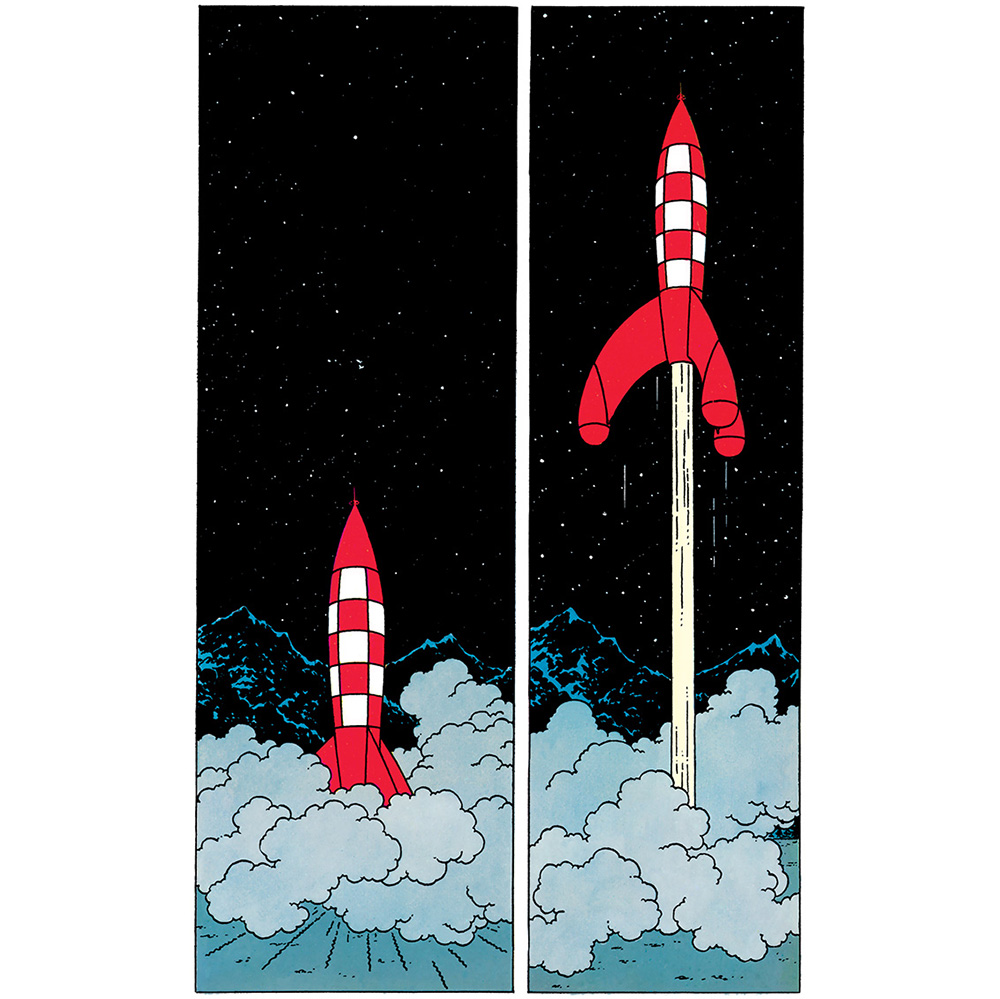 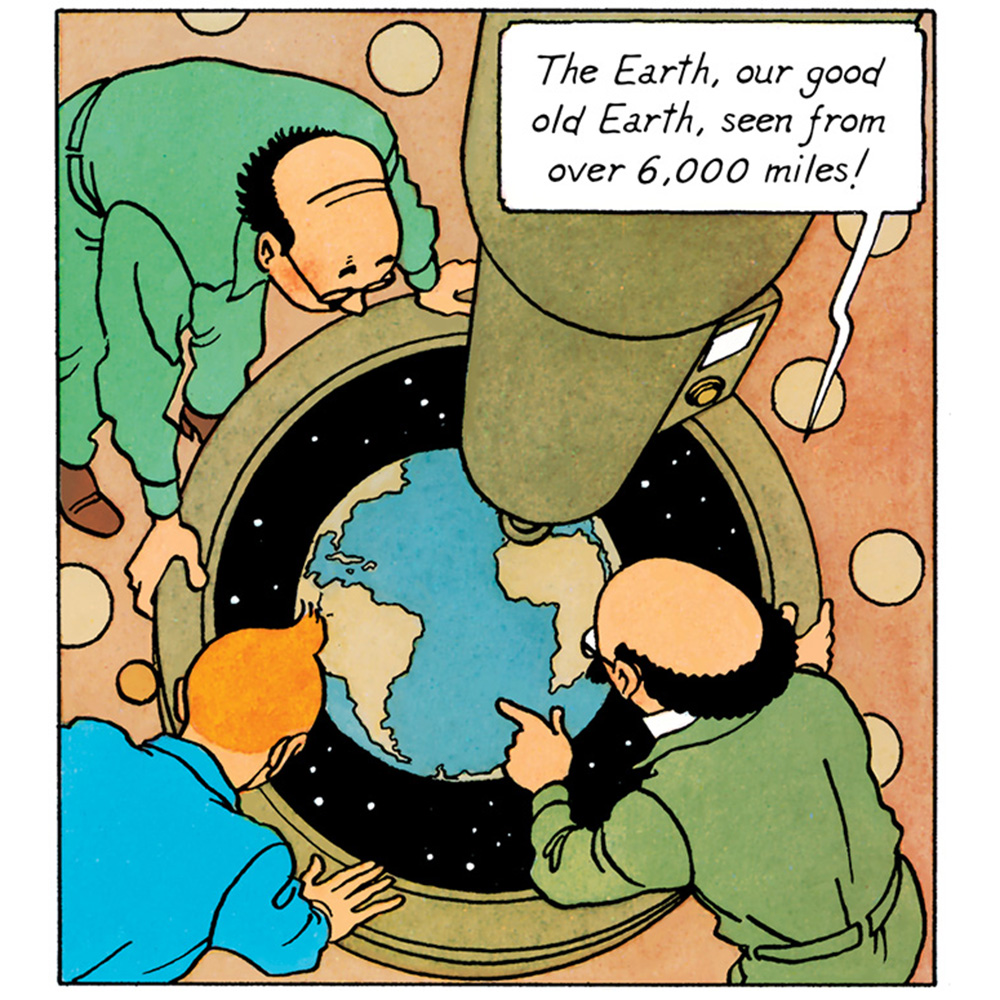 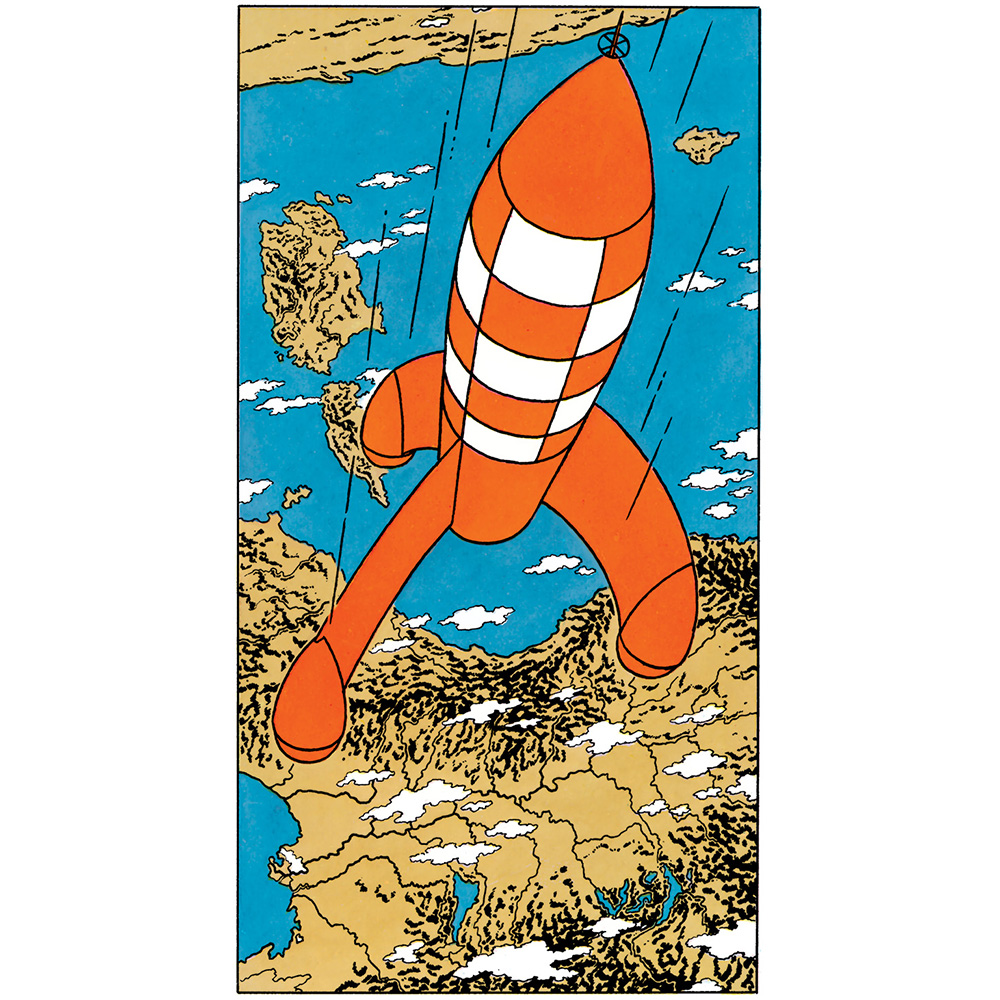 © Hergé / Tintinimaginatio - 2023
What was the most surprising one? 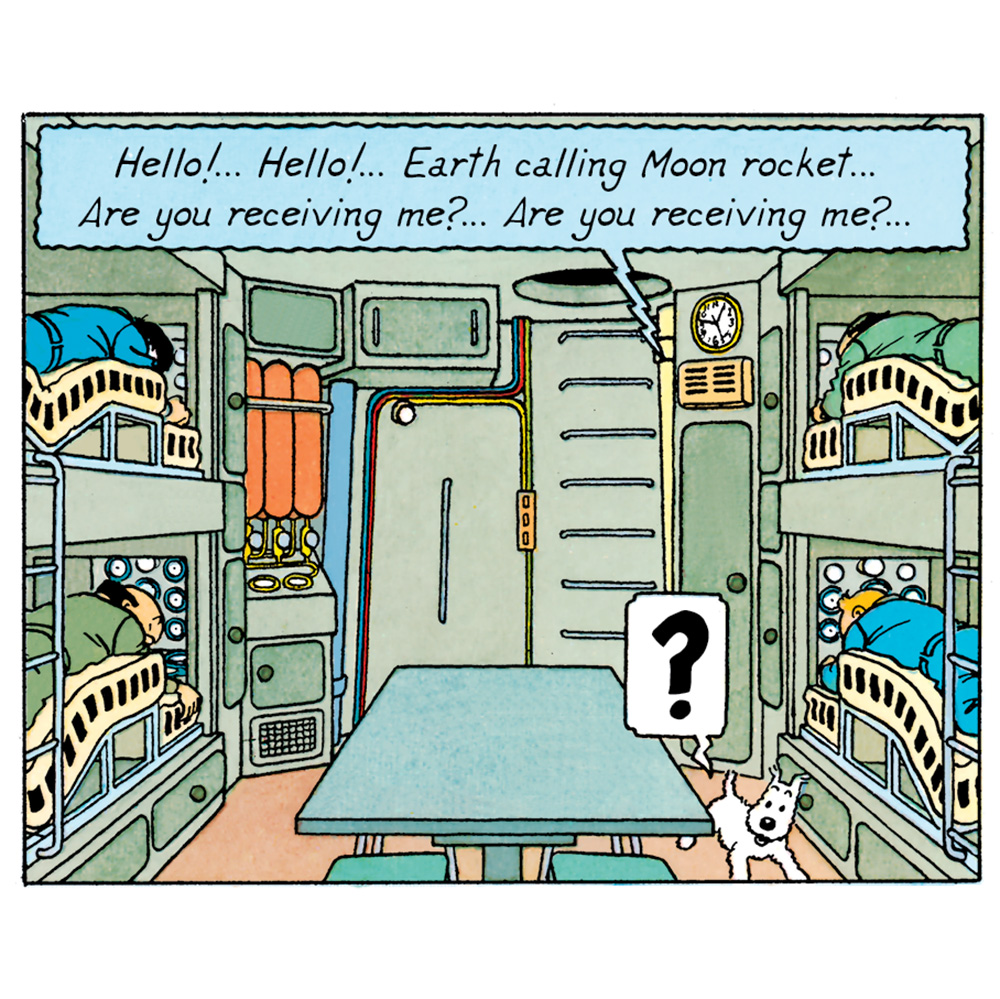 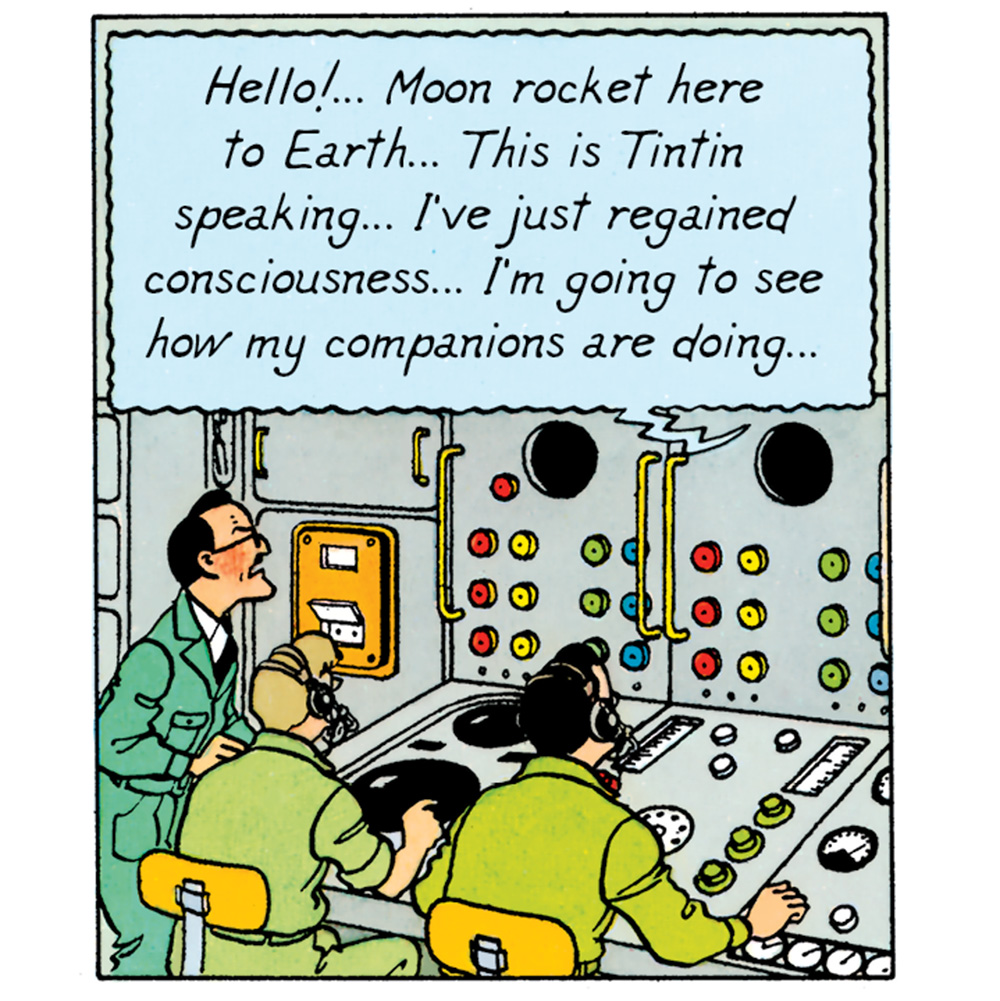 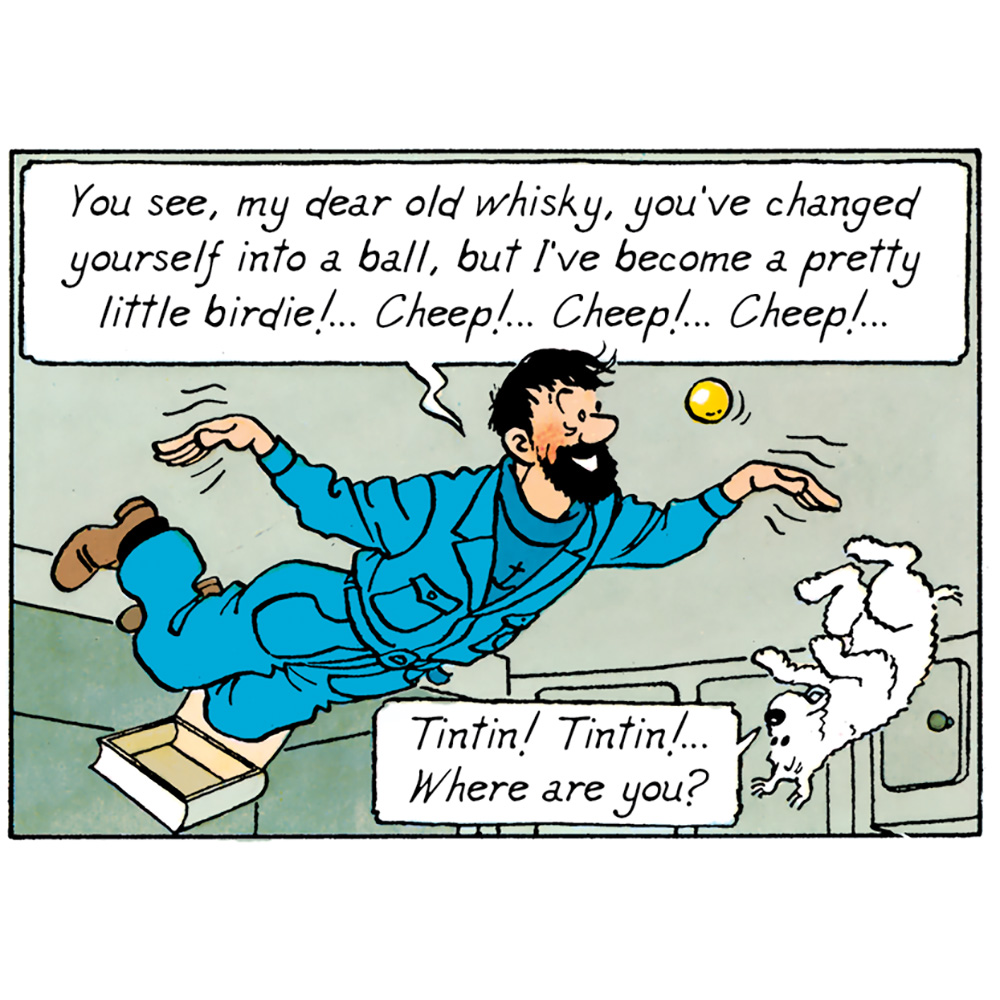 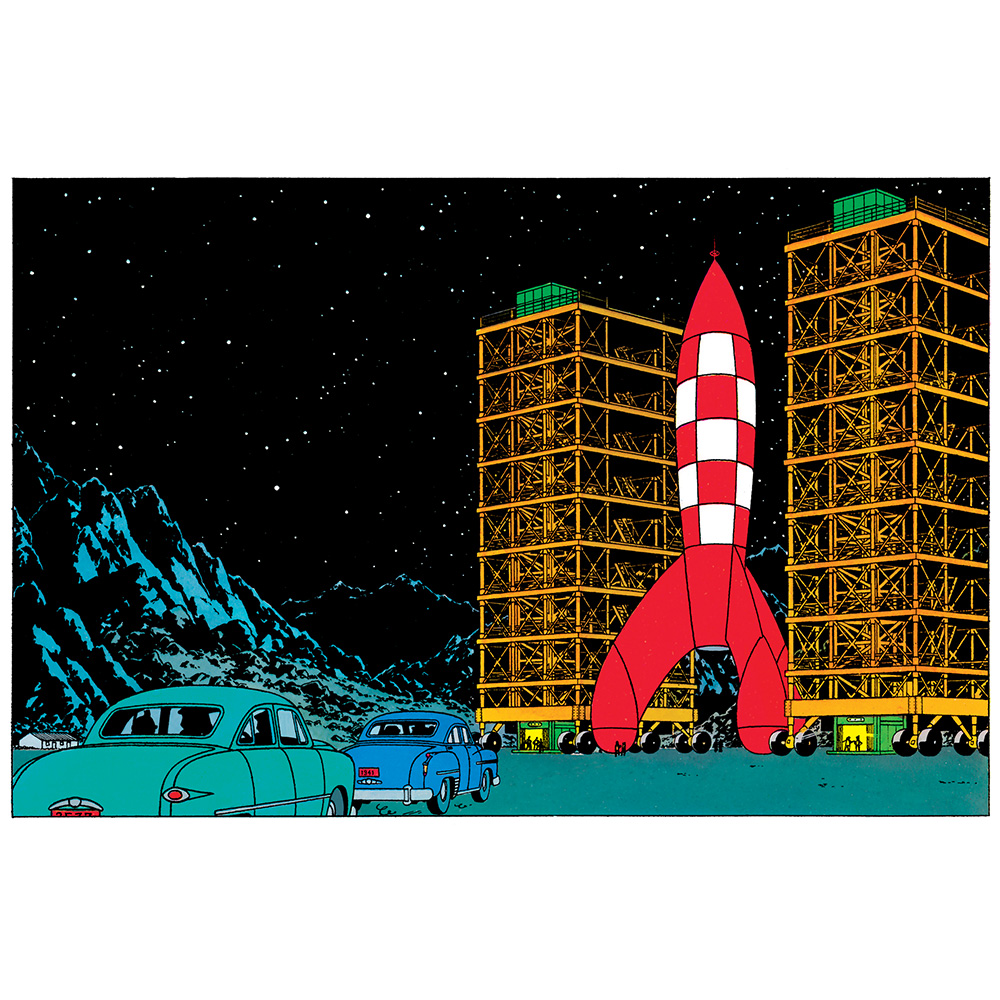 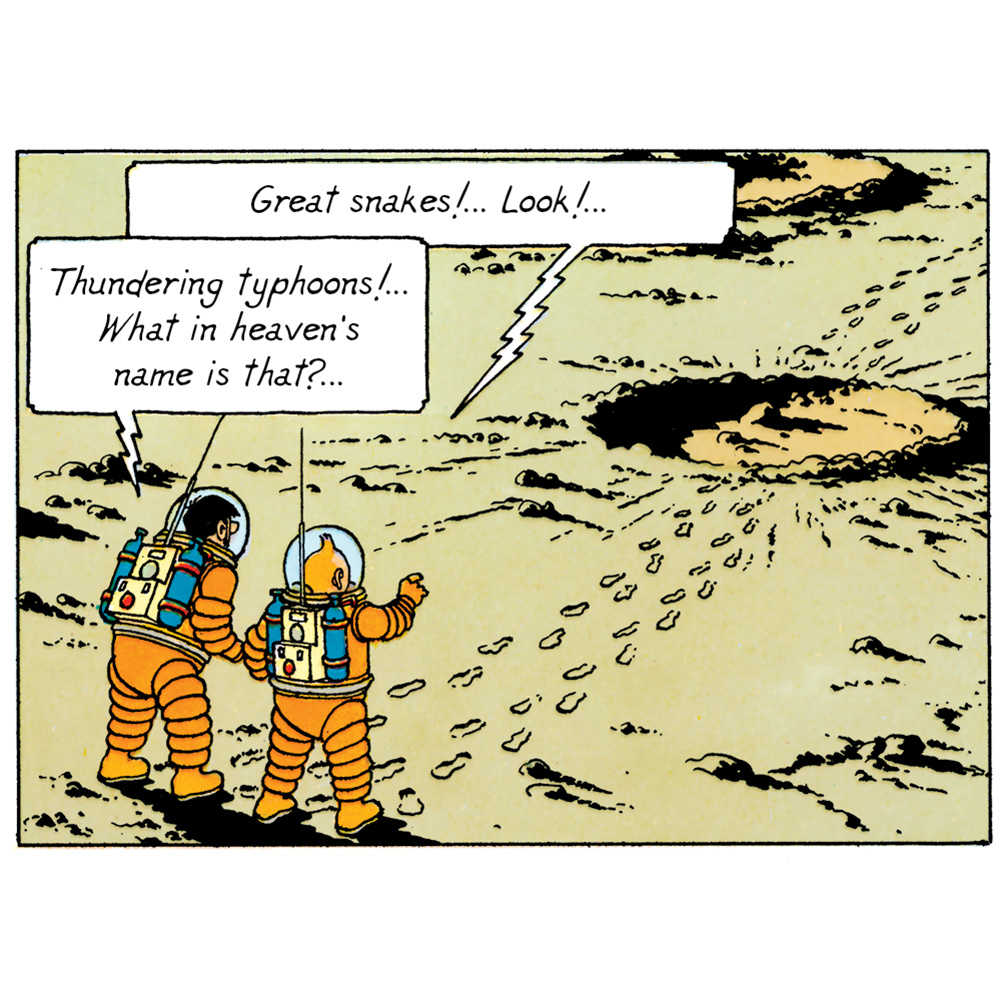 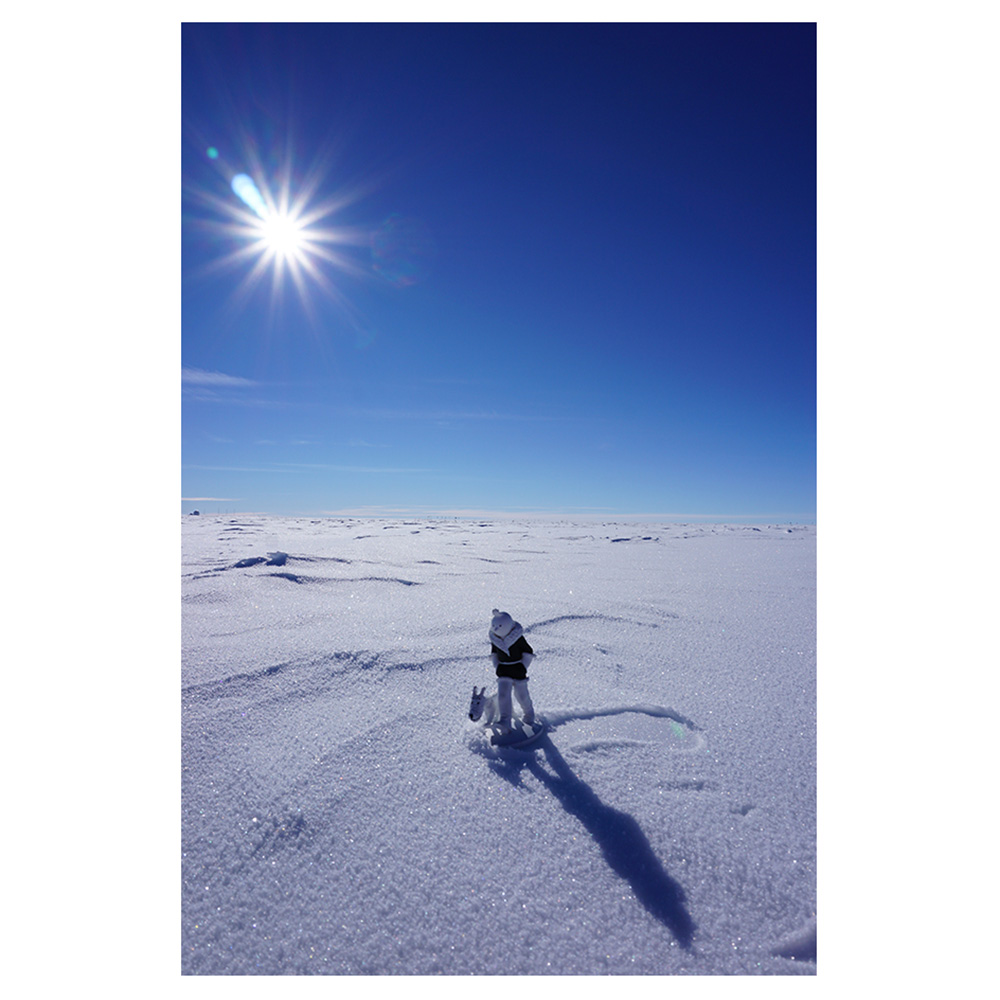 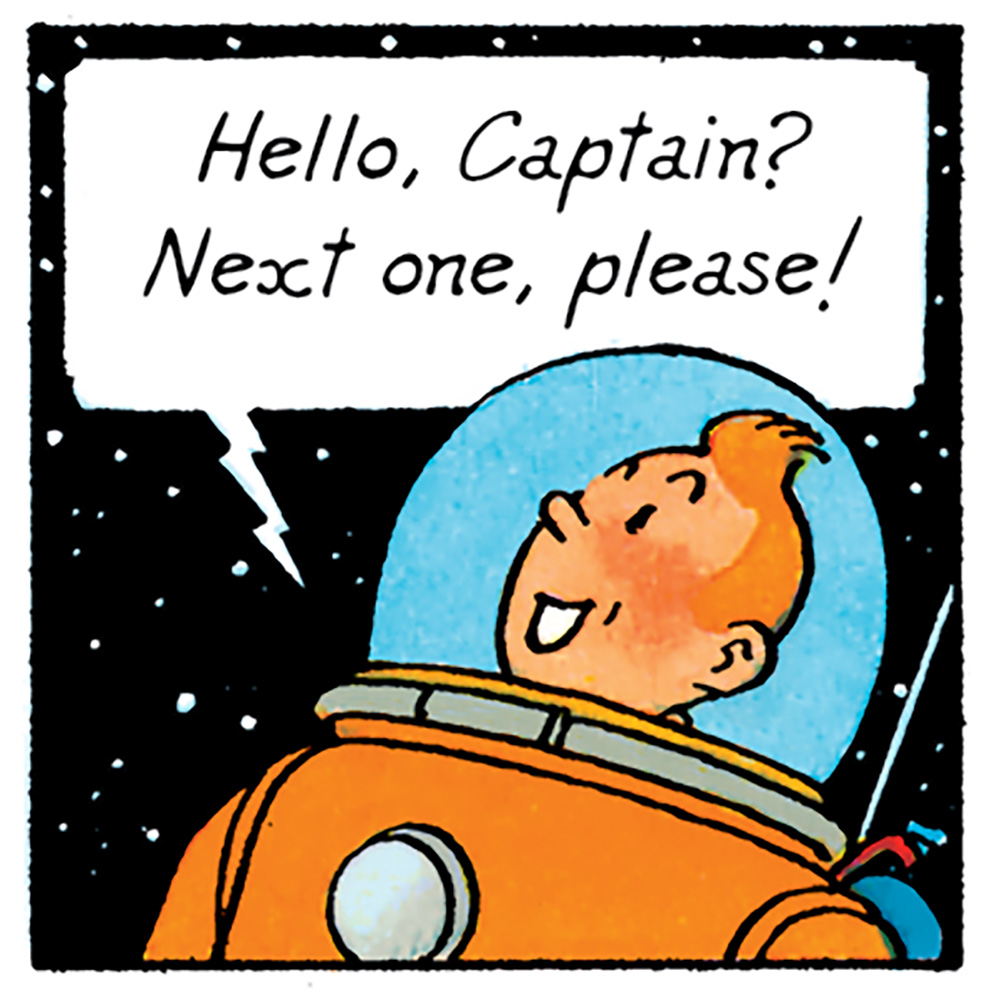 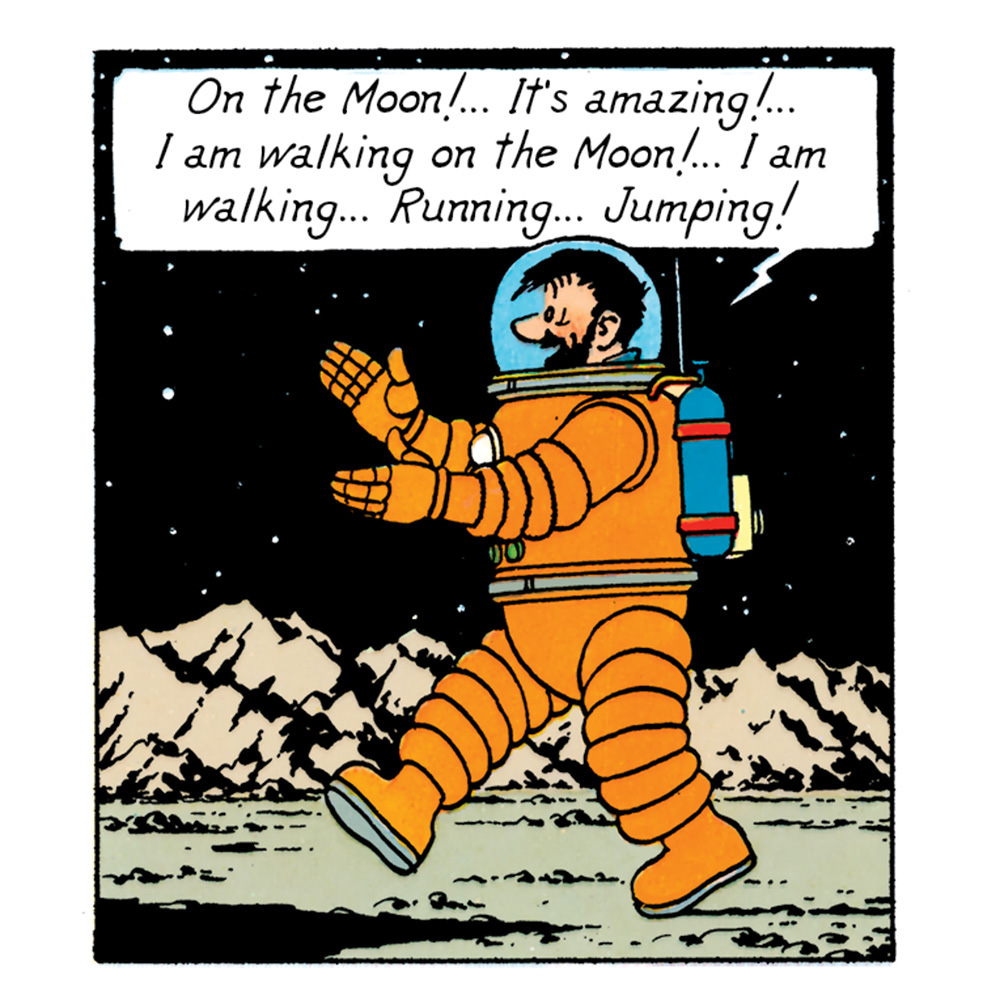 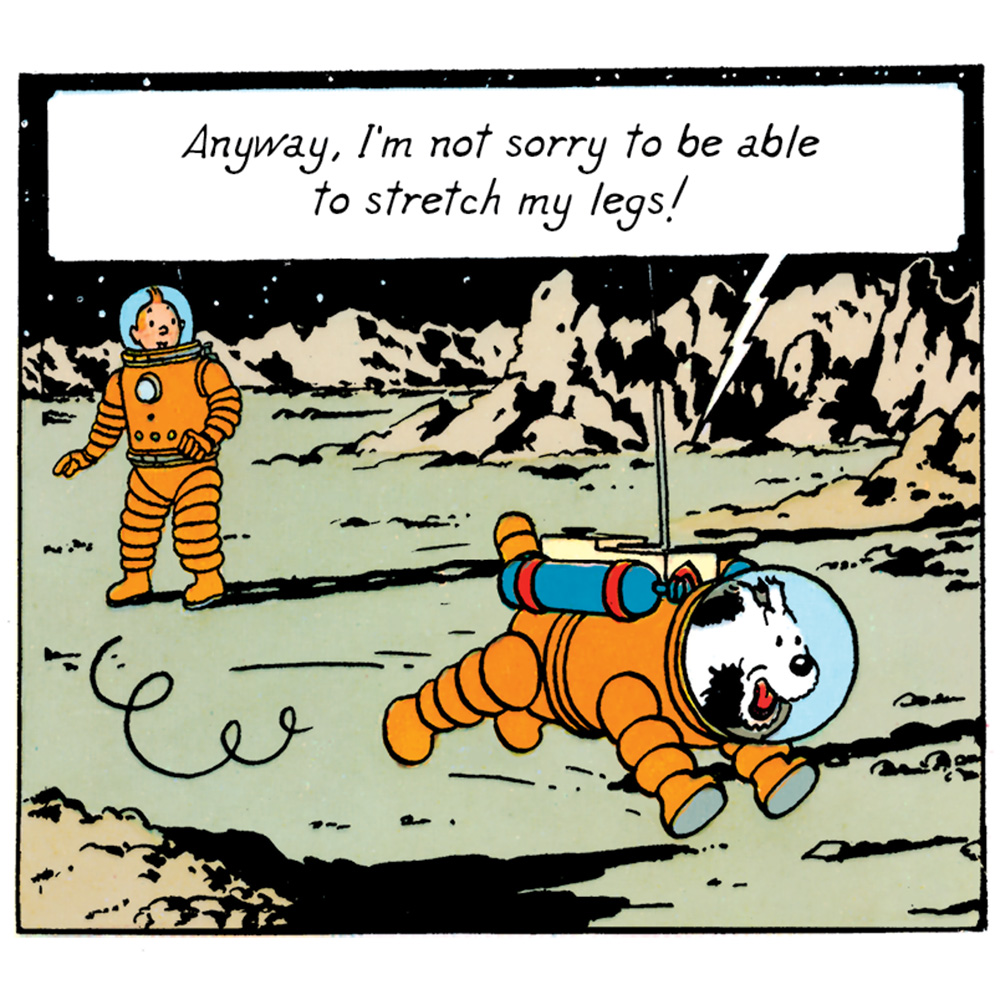 © Hergé / Tintinimaginatio - 2023
Many thanks to Nicole, Robert and Reinhold for sharing these wonderful thoughts with us!
Biographies (from www.belgianspaceweek.be)
About the author :
Gwenhaël W. De Wasseige is assistant professor at UCLouvain in astroparticle physics. Each month, Gwenhaël will tell us through her Little Story of Infinity the latest news about the universe and the domain of the infinitely small.