Dossier
Published on 23/01/2023
After the country of the Soviets, the Congo and America, Tintin leaves to discover the Orient... On the occasion of the release of the album Cigars of the Pharaoh colourized version, we embark you in turn for Egypt thanks to this travel diary.
In Cigars of the Pharaoh (1934), Tintin finds himself involved, by chance and in spite of himself, in a drug trafficking operation that will take him as far as India. Meanwhile, he will have crossed paths with X33 and X33A later named Thomson and Thompson. Two policemen whose roles will gradually assert themselves. His peregrinations also lead him to meet other characters whom he would often encounter again on his adventures: scoundrels, like the sailor Allan Thomson or the enigmatic Rastapopoulos, but also future companions, such as the Senhor Oliveira da Figueira.
With Cigars of the Pharaoh, a new element also appears in the story of The Adventures of Tintin: the notion of mystery is added to the geographical dimension of the three previous adventures. This one has the additional dimension that holds an important place in the course of the story. The story: from the strange curse, (inspired by that of Tutankhamun, which would have struck the «raiders» of his tomb), to the existence of a very powerful secret organisation, through to the use of a poison that makes you crazy. 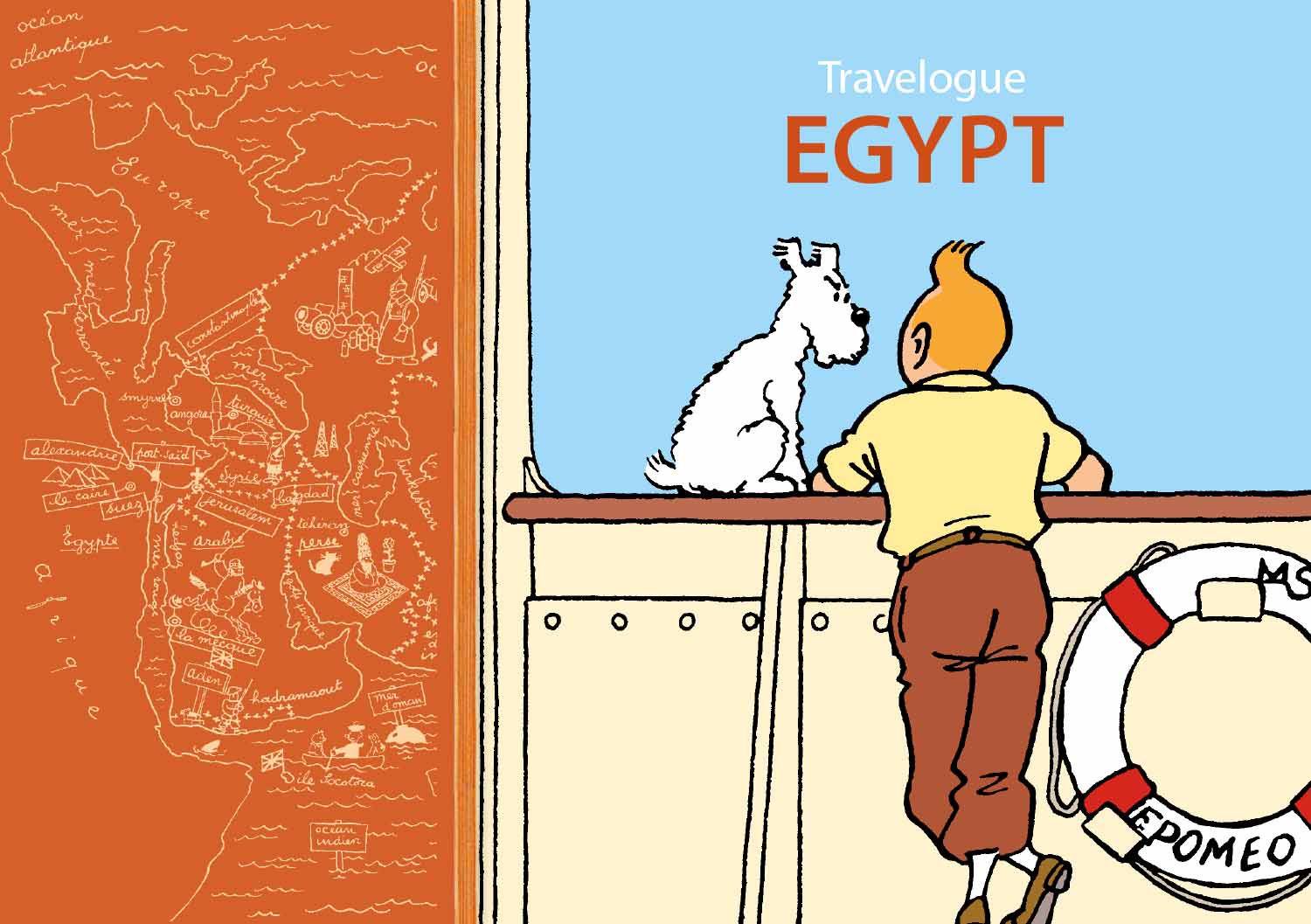 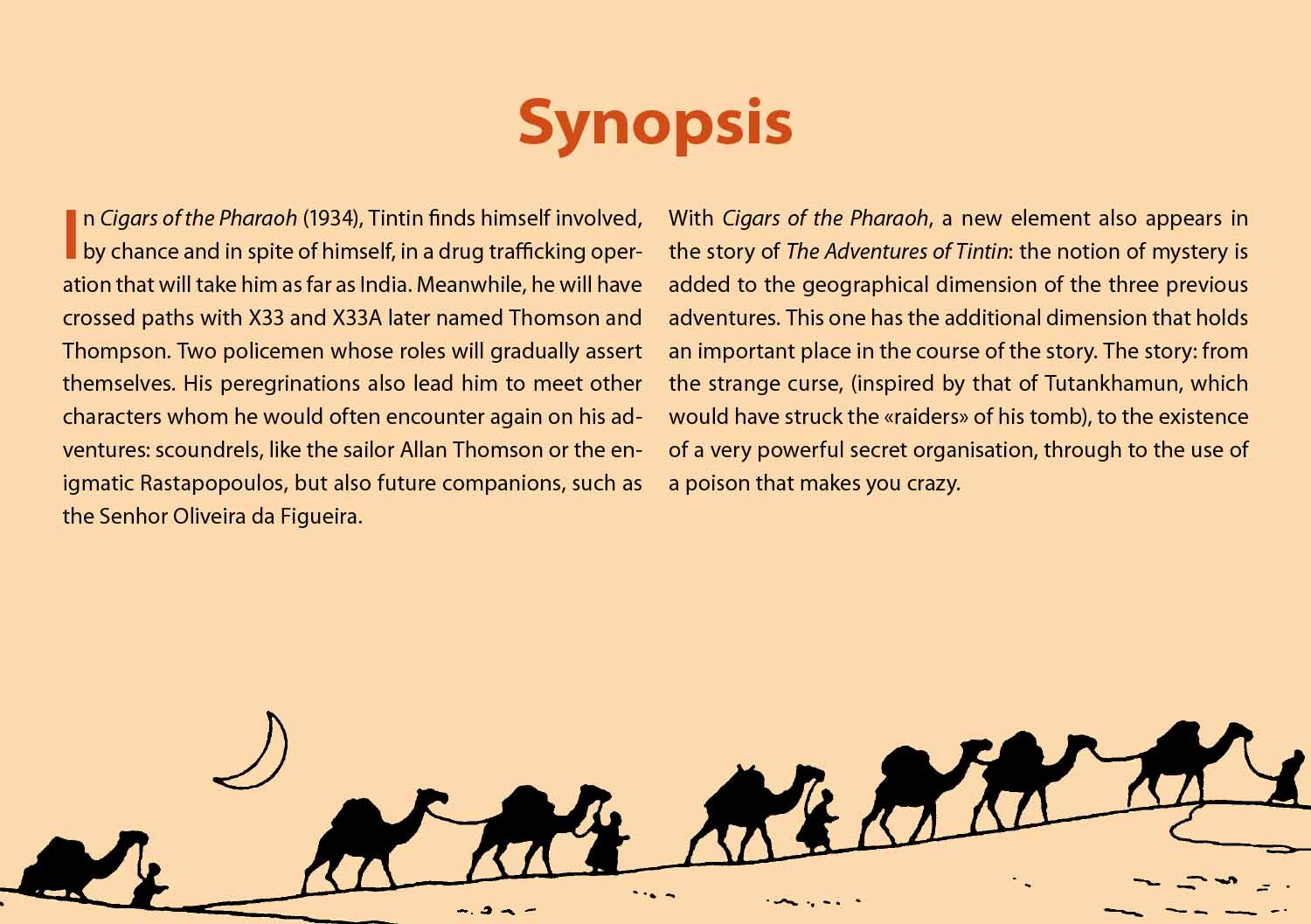 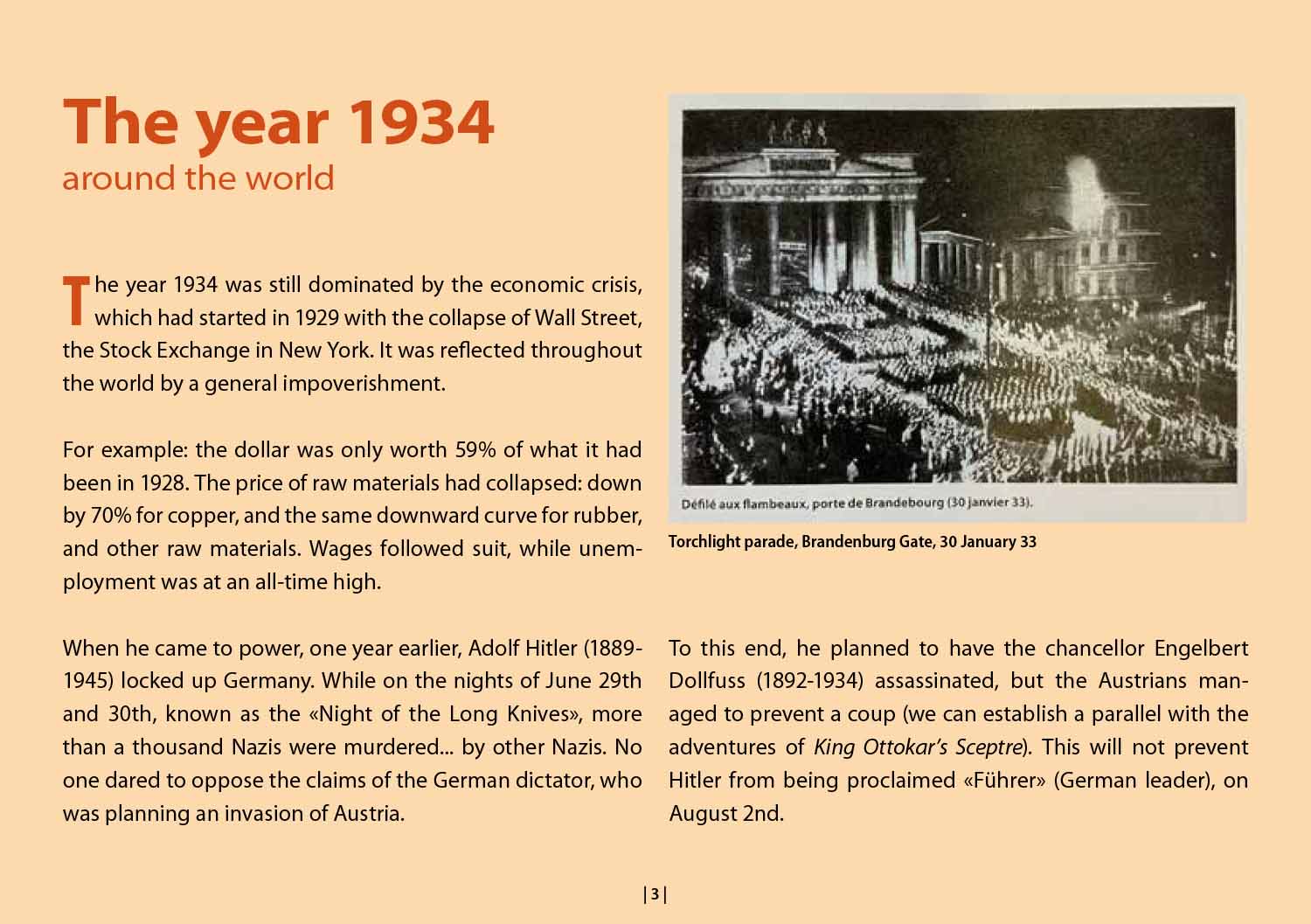