Exhibition
Published on 25/10/2021
01/10/21 - 10/01/22 | Lisbon
After Paris, Quebec, Odense and Seoul, the HERGÉ exhibition is held in Lisbon. This year Calouste-Gulbenkian Foundation host the exhibition in its main gallery. 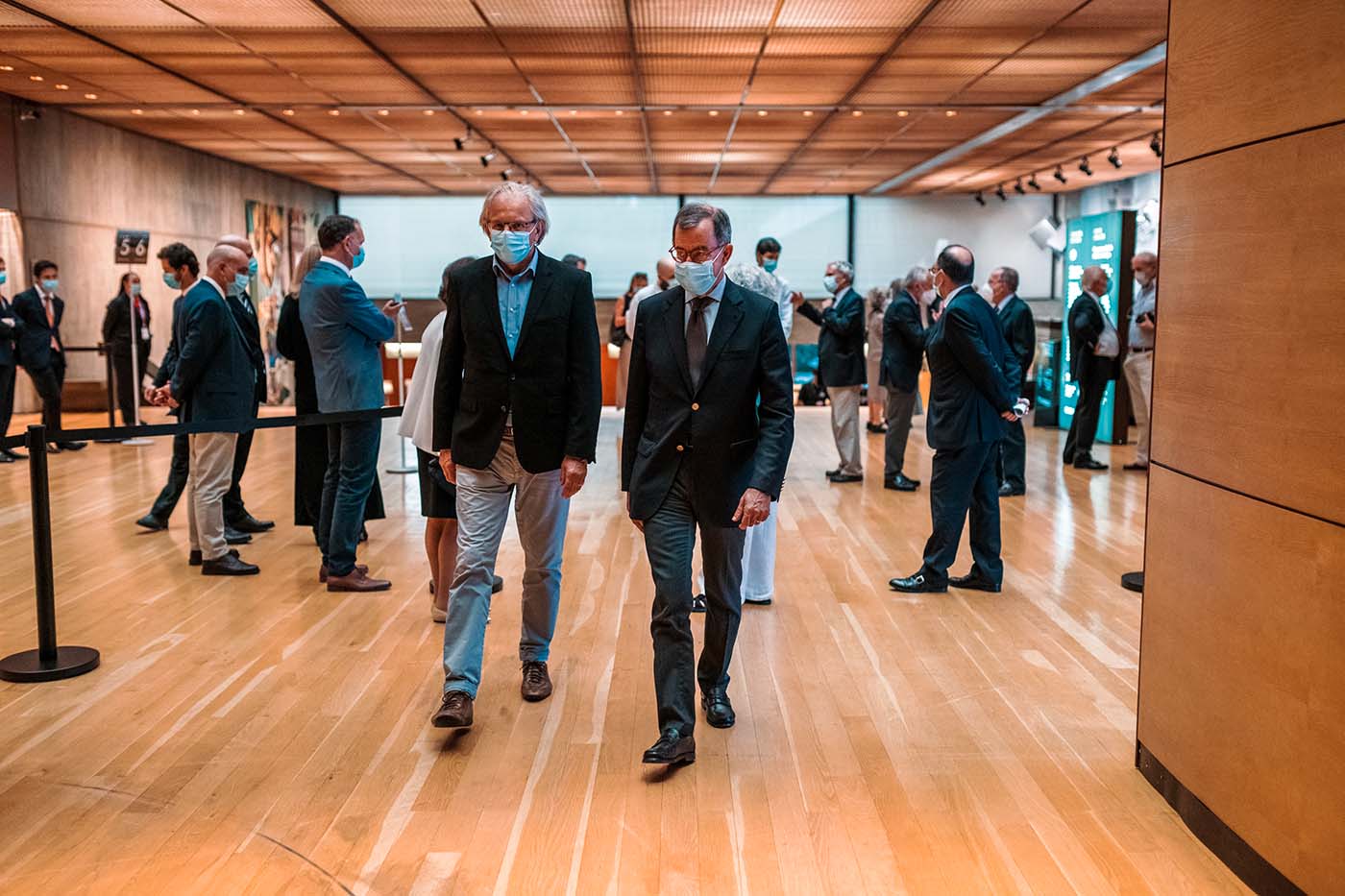 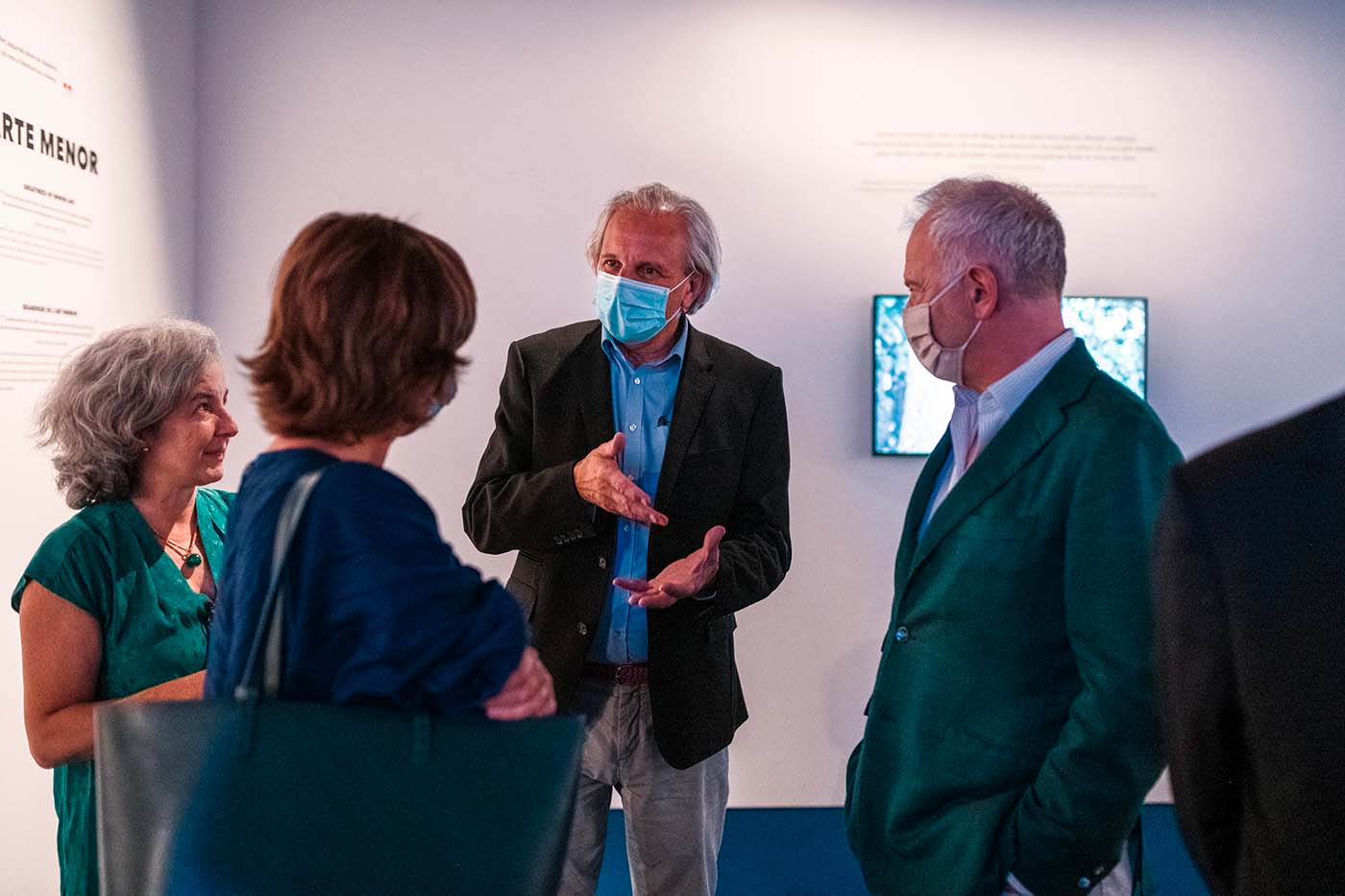 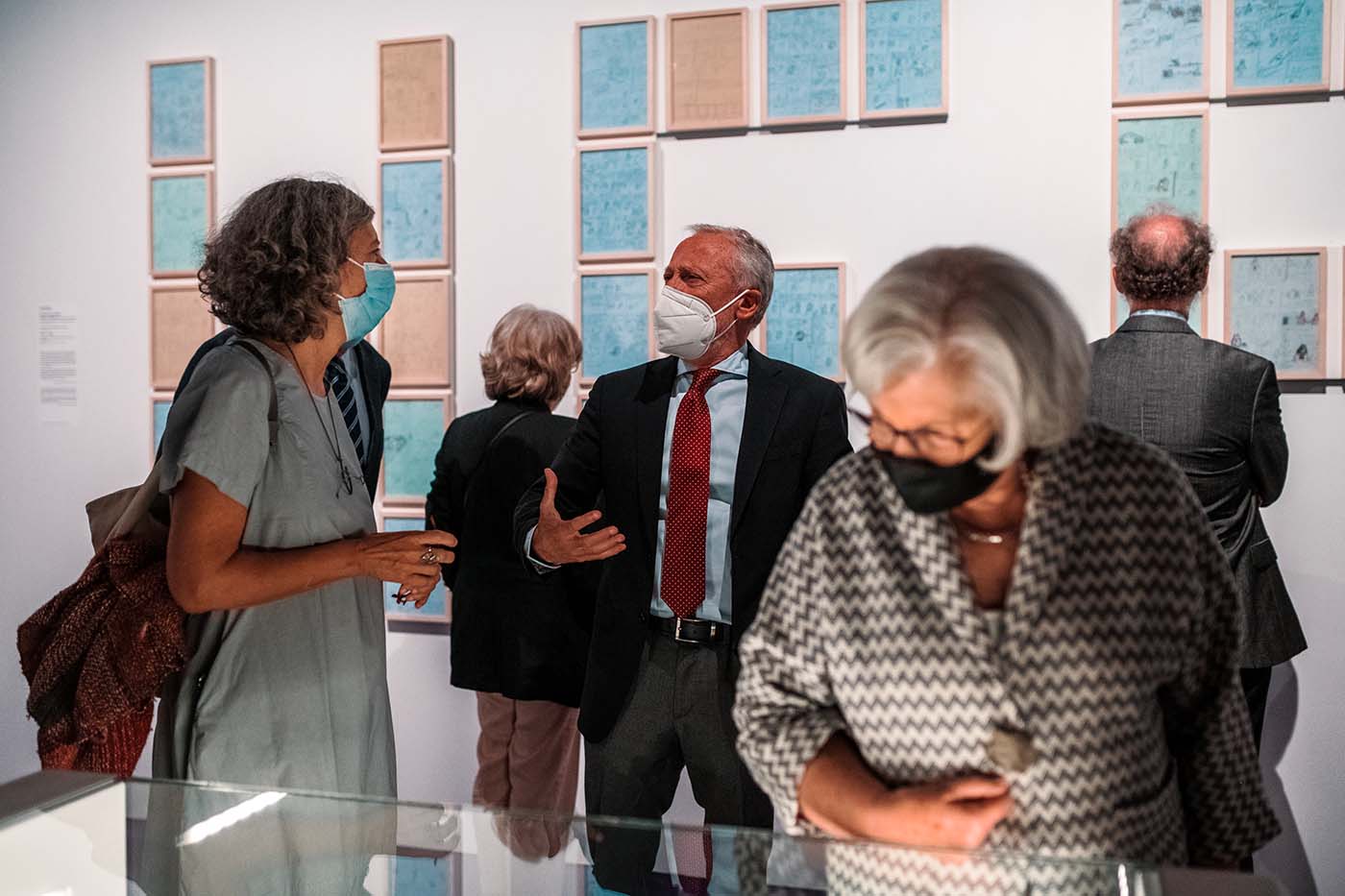 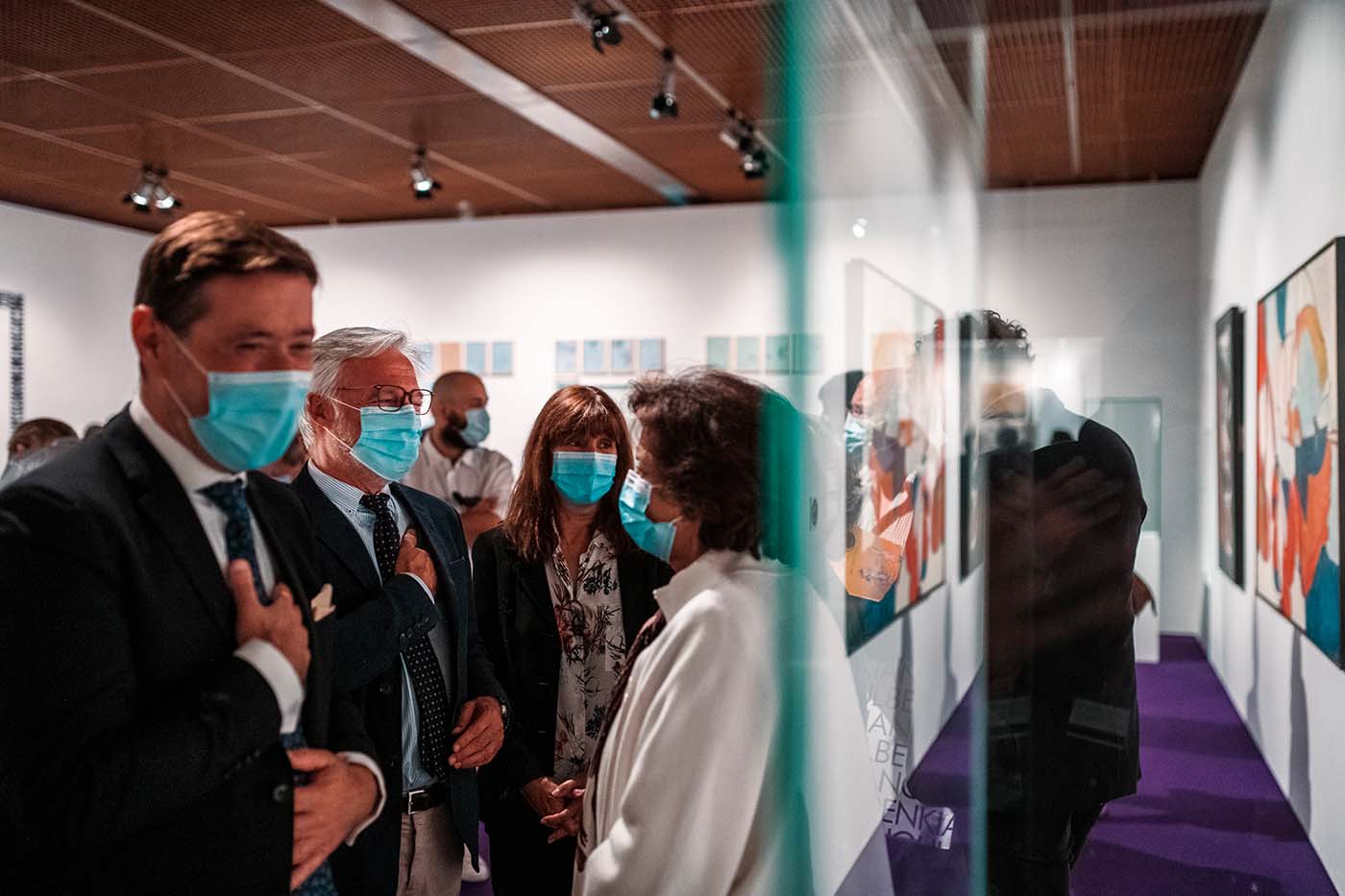 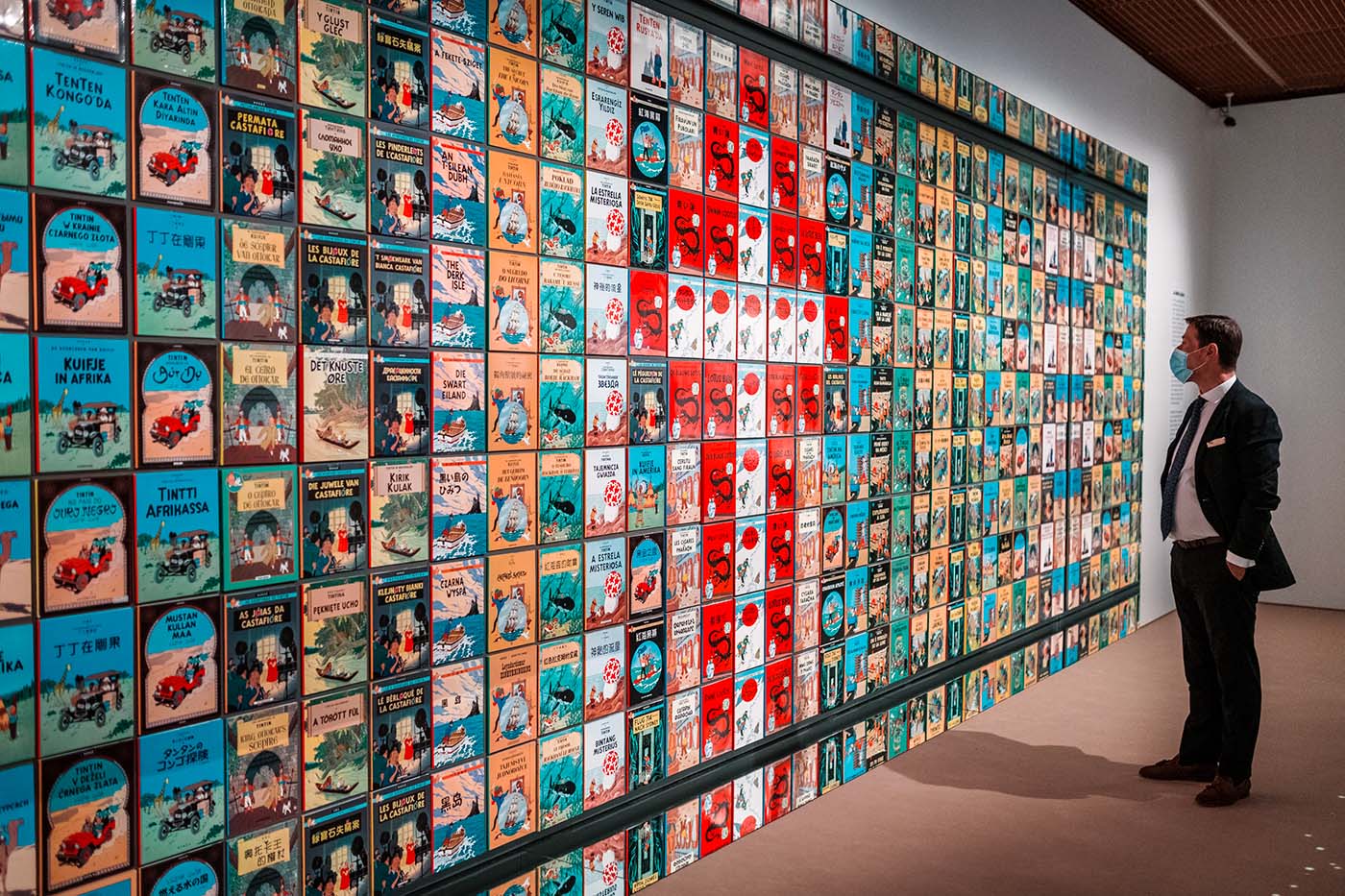 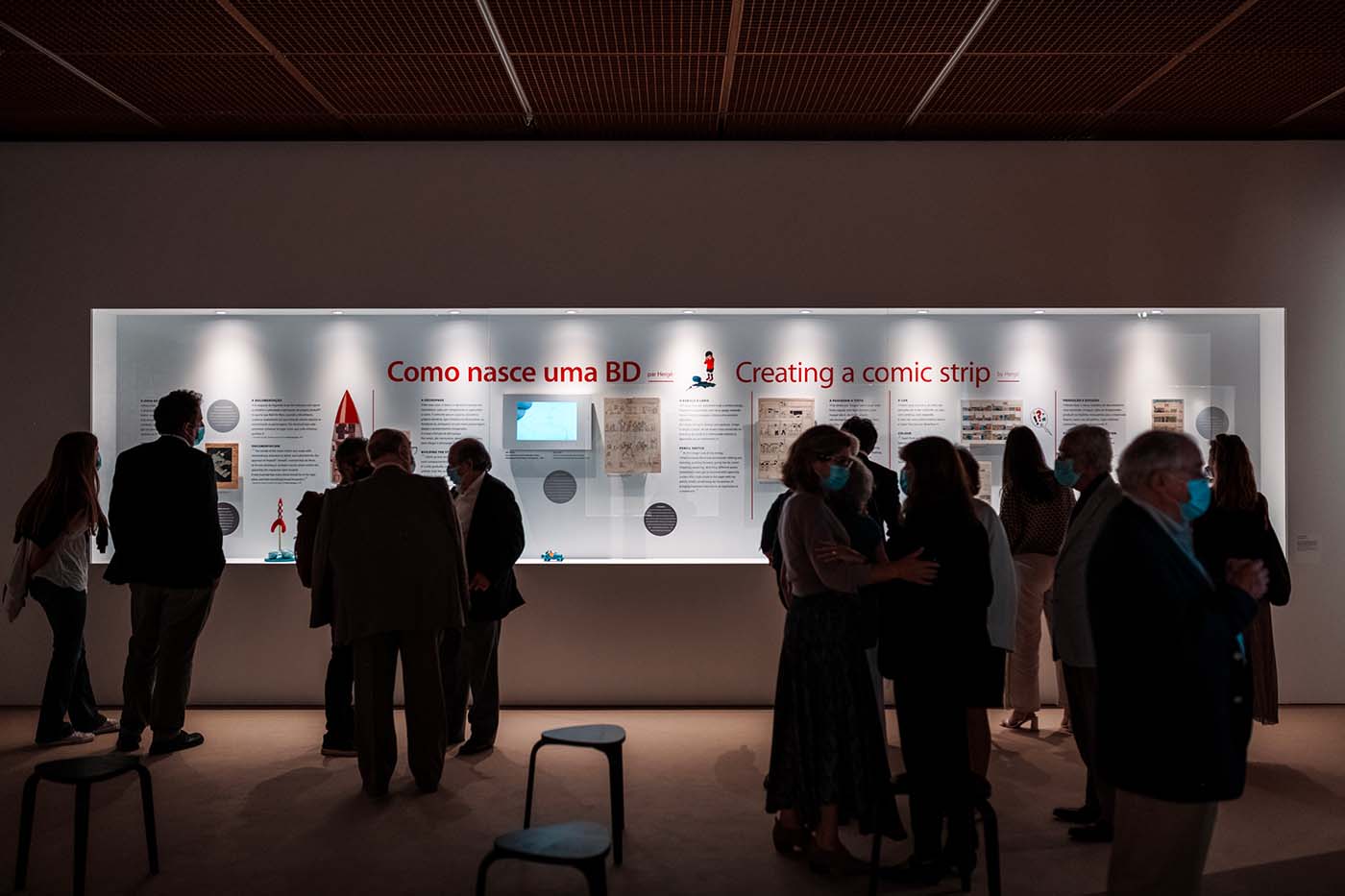 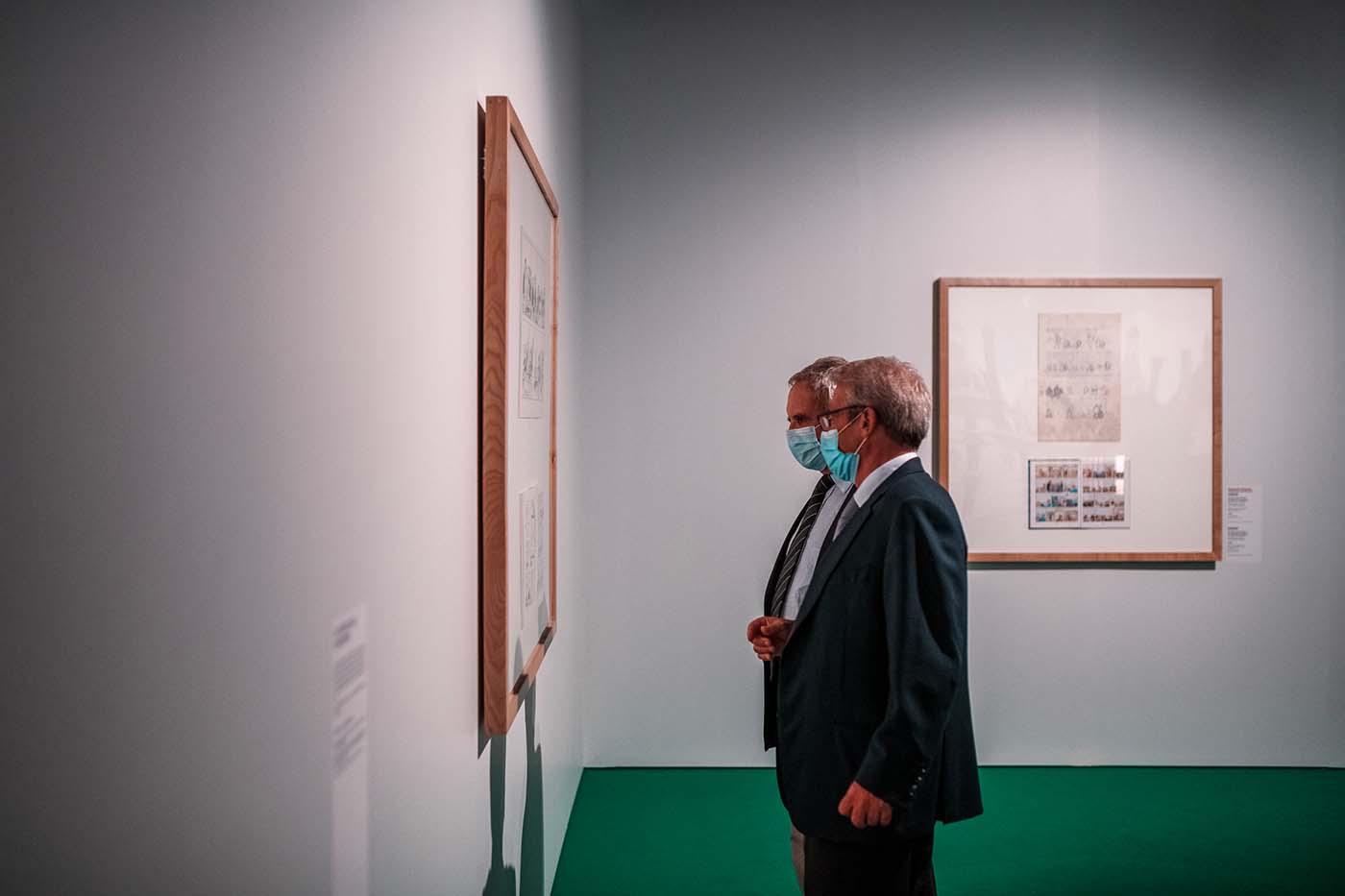 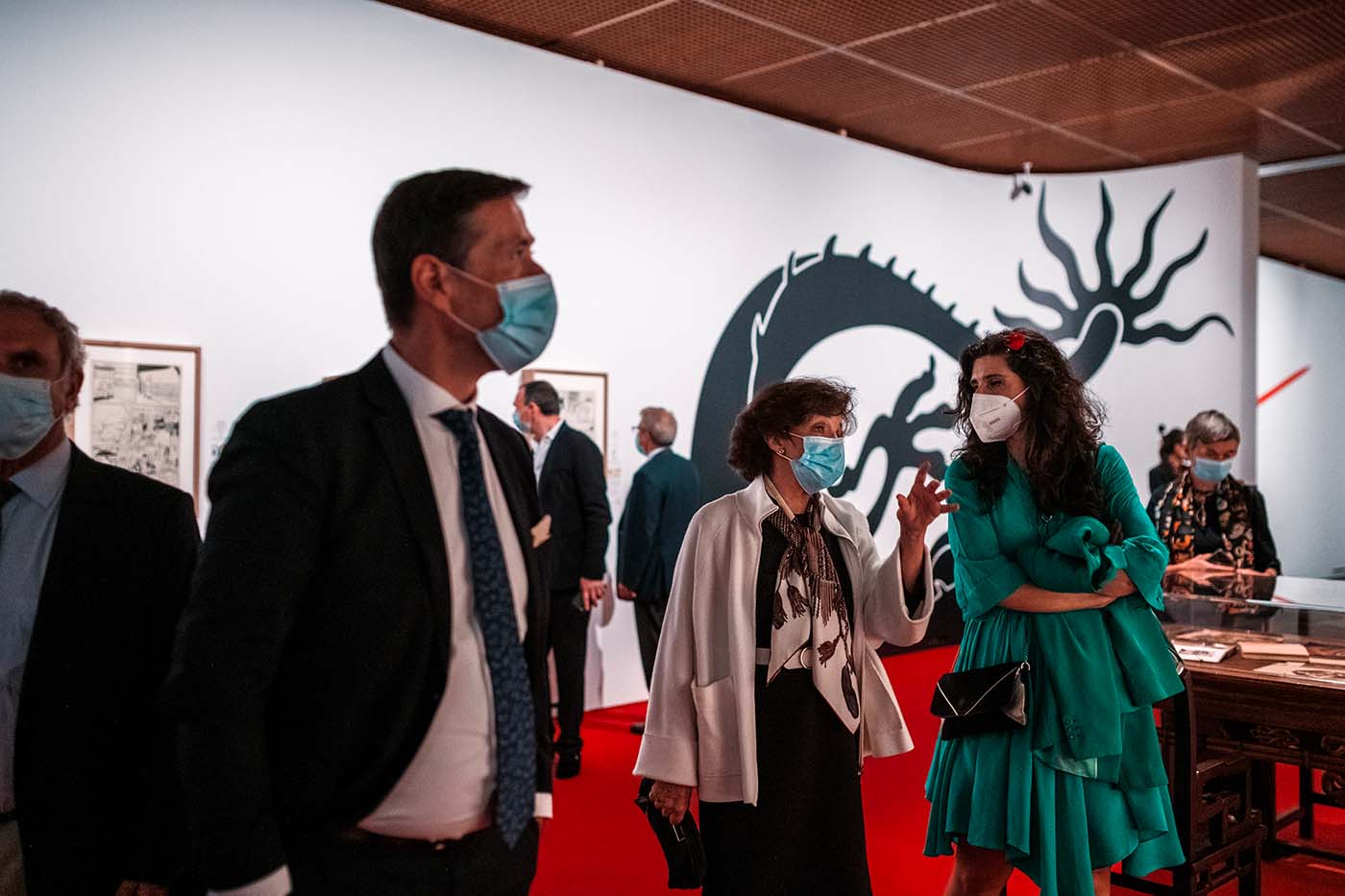 Opening of the HERGÉ exhibition in Lisbon in the presence of Mr Nick Rodwell, Manager of Moulinsart. © Pedro Pina / Fundação Calouste Gulbenkian - 2023
The HERGÉ exhibition brings together an important selection of documents relating to the work of Tintin's father. A unique opportunity to discover the treasures of Hergé's work: original drawings, paintings, photographs and archive documents.
Revealed for the first time at the Grand Palais in Paris in 2017, and organized in collaboration with the Hergé Museum in Louvain-la-Neuve, the exhibition shows the multiple facets of a leading artistic personality: from illustration to comics, advertising, press, fashion design and fine arts.
The exhibition takes us back to Georges Remi’s earliest days, the child in Brussels who before he became Hergé nourished his imagination in the cinema and learning about black and white aesthetics on the big screen. His love of drawing dates back to these years.
It also reveals a less well-known side to Hergé: his brilliant career as a graphic designer in advertising, seen in posters that feature a high level of formal creativity.
It all began in 1929, with the publication of the first adventures of Tintin in Le Petit Vingtième, and continued to develop over the years and encounters, with his introduction to Tchang Tchong-jen in 1934 being particularly decisive. Without realising it, Hergé was beginning a fabulous writing career, as an accomplished artist and storyteller. Although he was not aware of it, he created his own style, his own technique, a school of art. Using simple lines with impressive accuracy, he traces the contours of our existence and gives birth to emblematic characters who represent the great values of society. These characters are faced with all sorts of incredible situations that often have parallels with the history of the 20th century.
A whole range of processes helped him compose his stories, powerful sequences and images that have made an impression on generations of Tintin readers.
Read more :