Created in 1939, this book is most impressive and has its sights on Germany. Tintin finds a brief-case on a park bench and this leads him to Prague, then to Syldavia. He will save the Kingdom from being overthrown by a fascist "coup d'état". 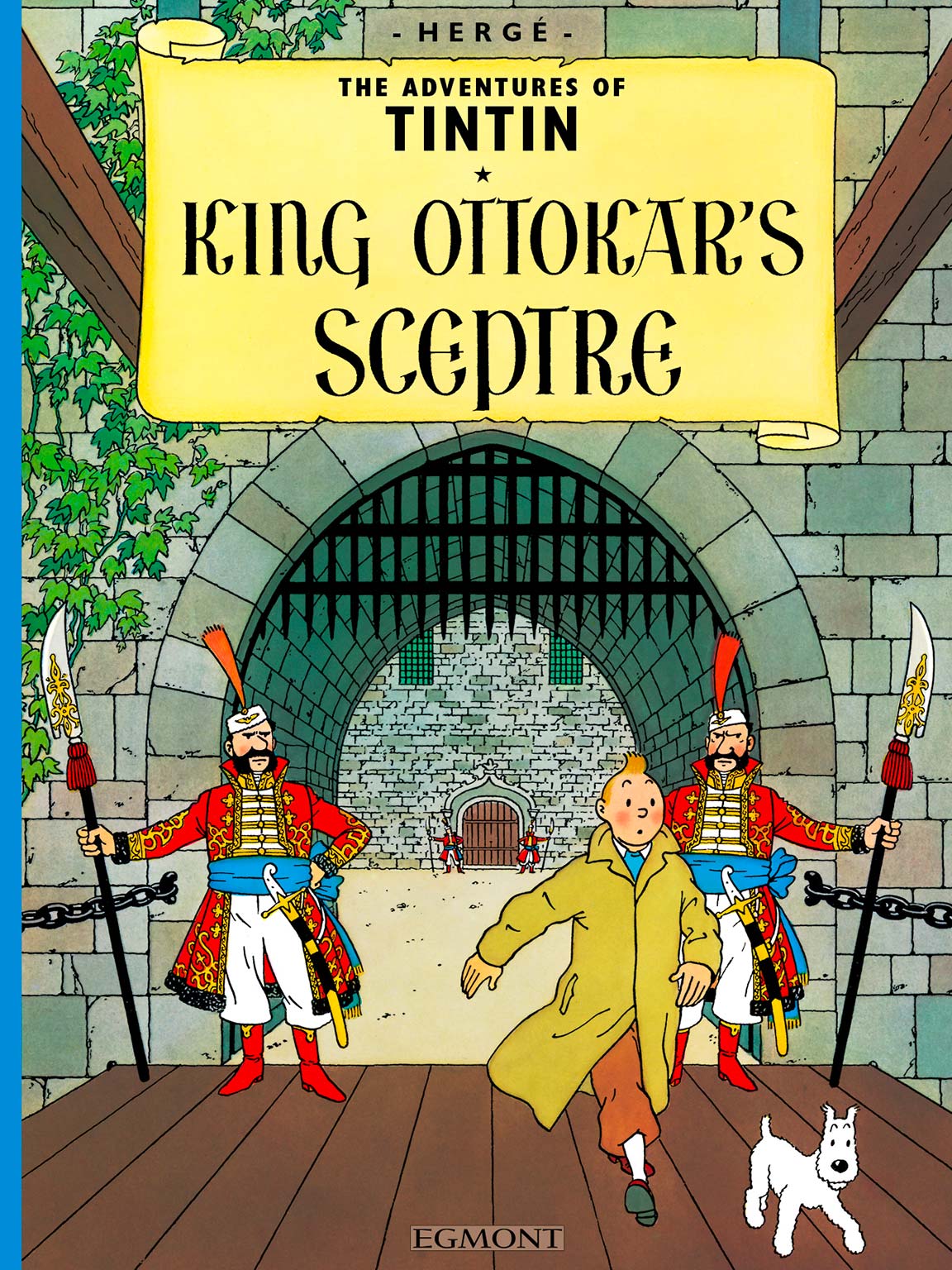 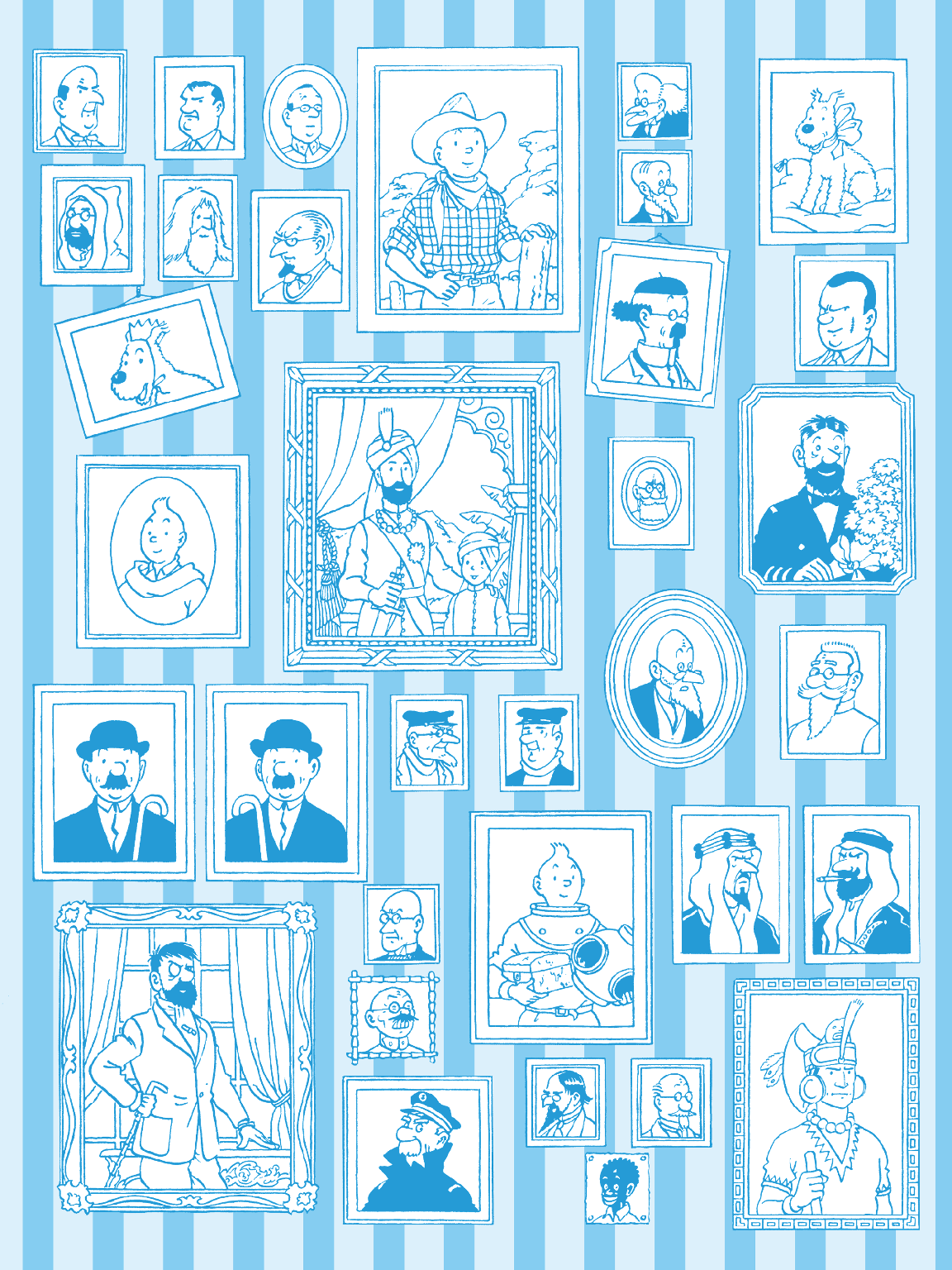 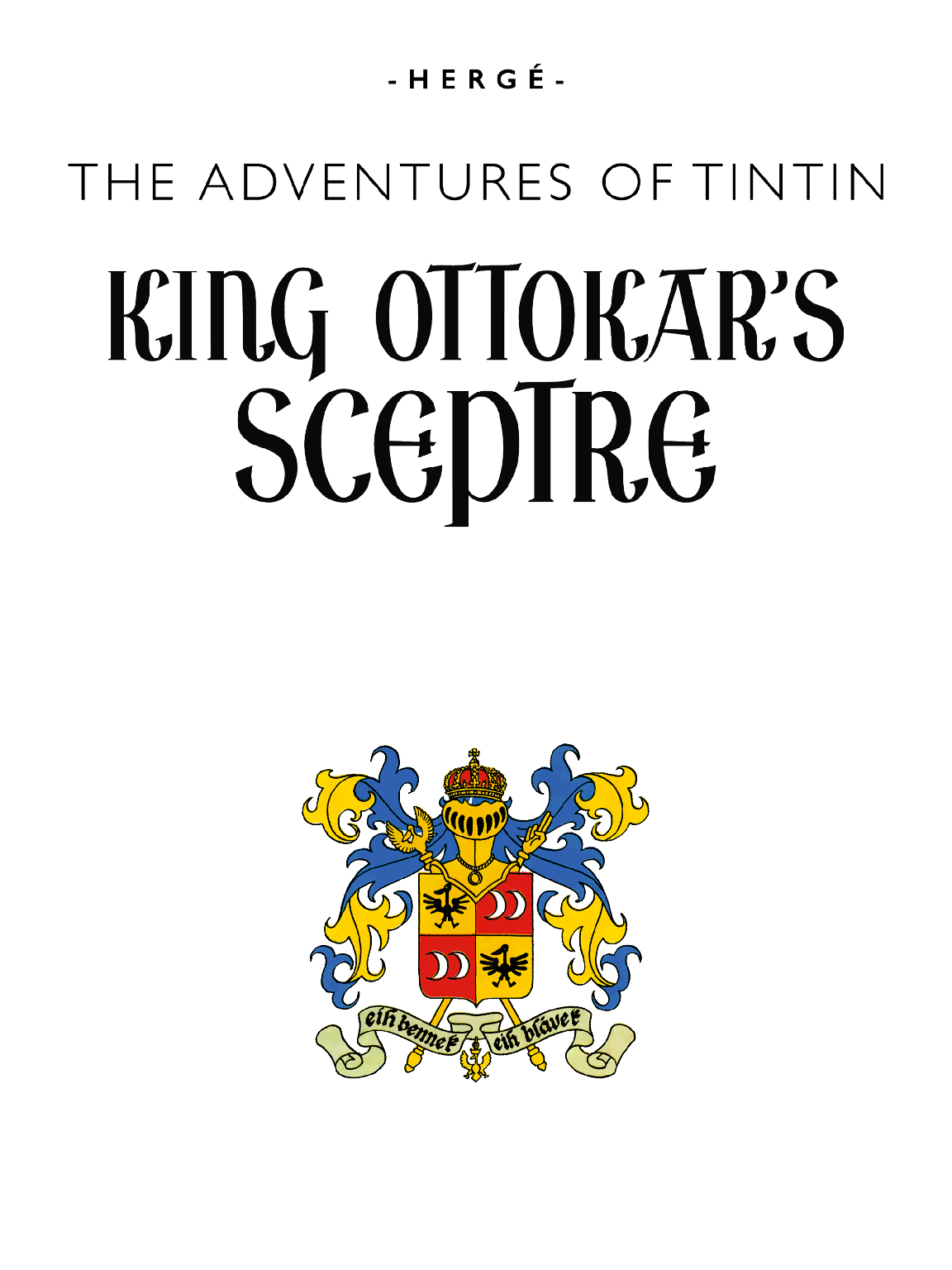 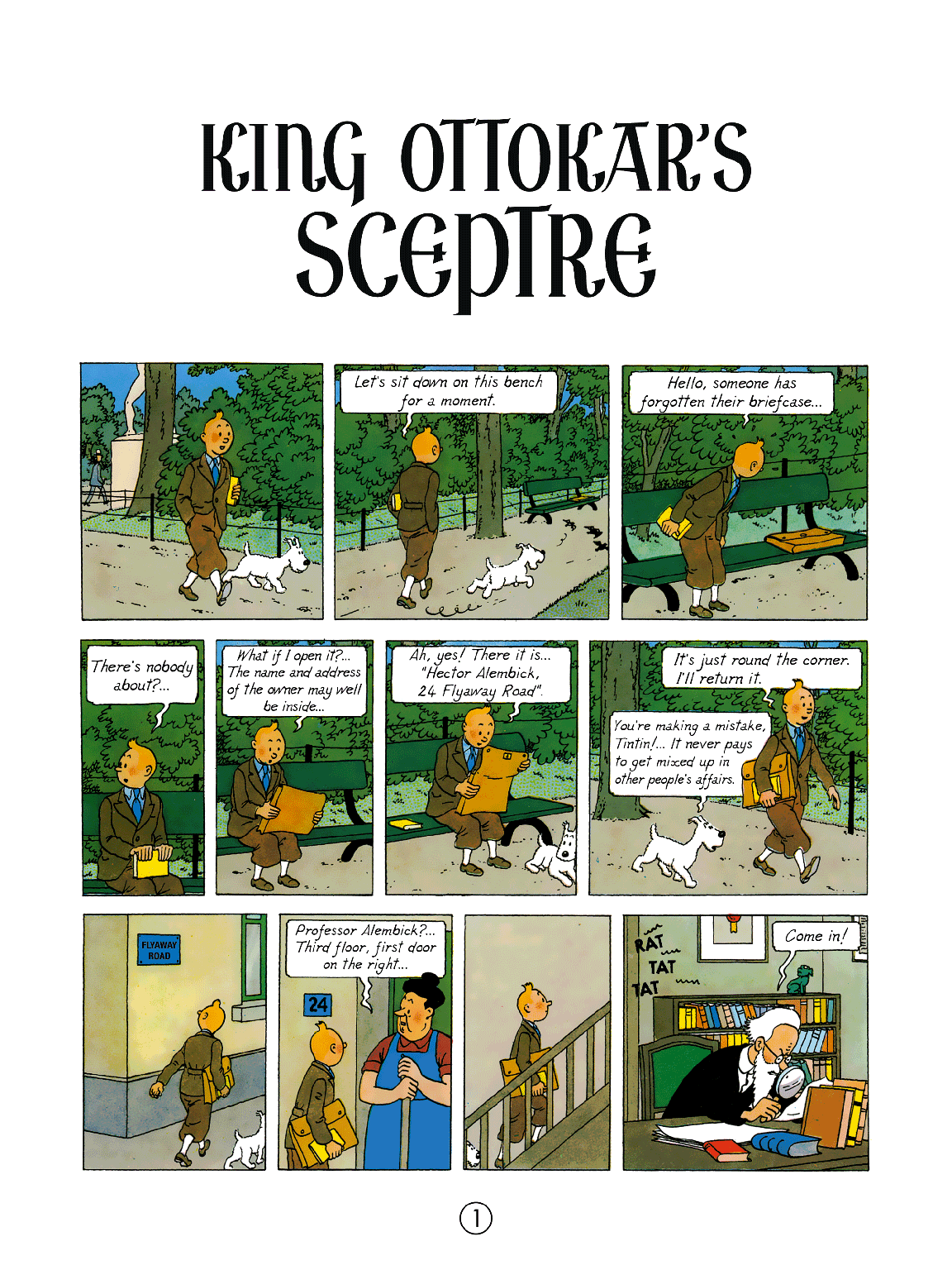 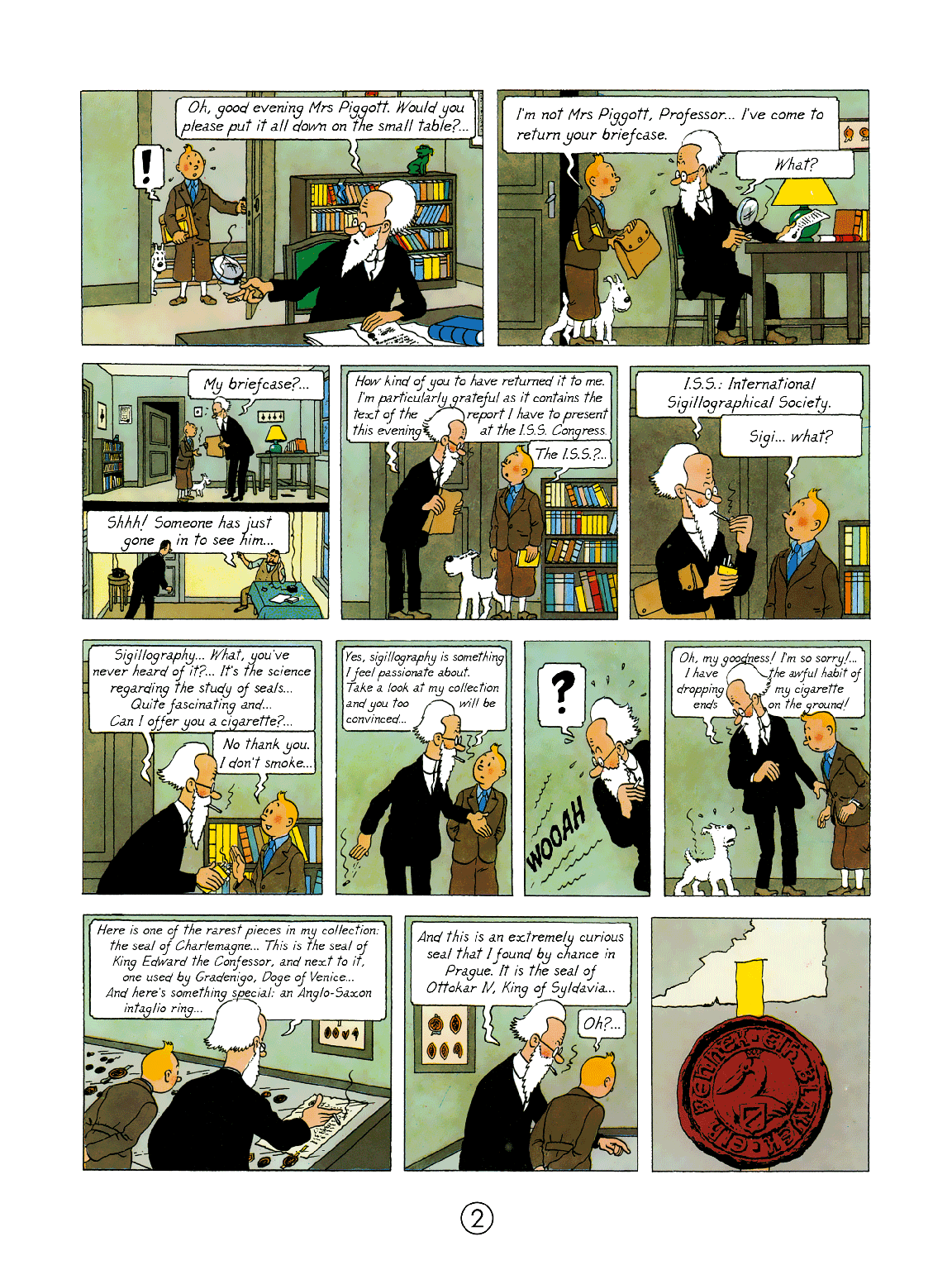 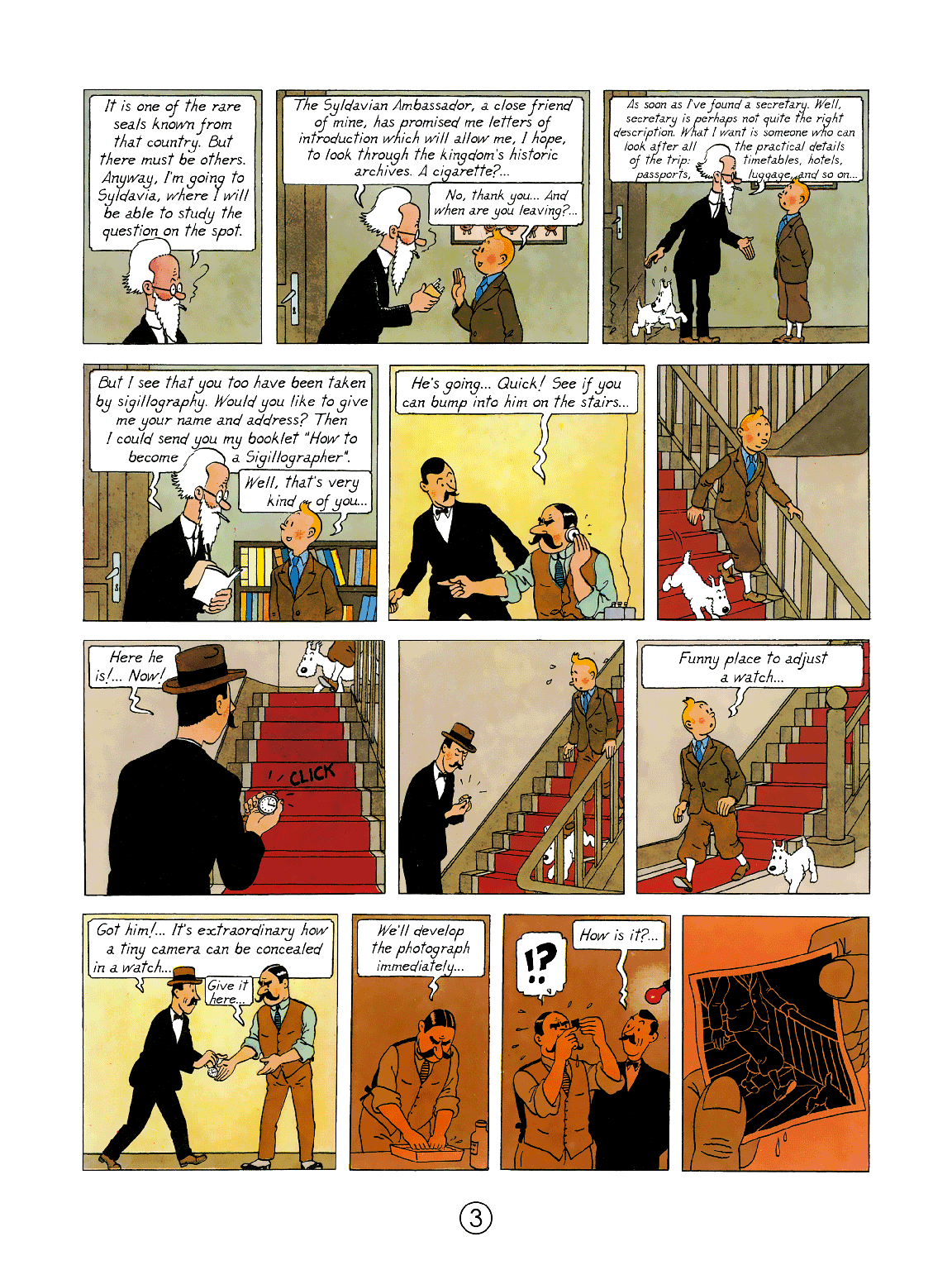 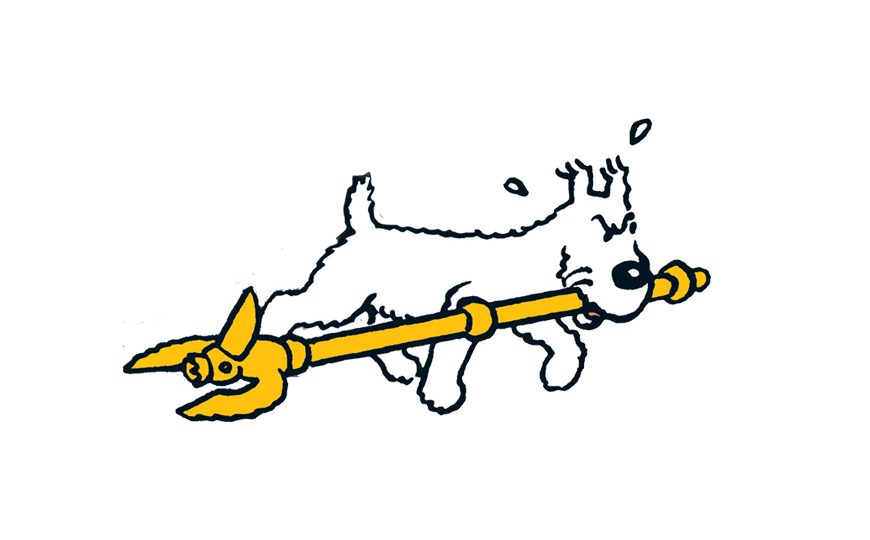 Your score:
Start again ...
“In fact, it was a friend who gave me the idea. She talked about an Anschluss (an annexation) which failed unfortunately for Müsstler; we are also confronted by the twins Alembick, who represent the idea of brothers in conflict; and here we meet for the first time Colonel Boris Jorgen, aide-de-camp of the King of Syldavia.” (Numa Sadoul, Tintin and I, Ed. Casterman, p153)

The cover of King Ottokar's Sceptre reproduced below (on the right) deserves your full attention. It is indeed an album of 1942 that Hergé himself reworked to make the title more readable!
Compare it with the version on the left to appreciate how much, thanks to the parchment in which Hergé has placed it, the title literally jumps out at you. This idea will be kept when the album is reworked in 1947.

Not often seen for obvious reason, their garters are a revelation. Today, this fashion item has totally disappeared.
However, who can be 100% sure? We discover visually this fashion accessory when the Thompsons are almost blown-away by the explosion of a bomb.

You won't find Syldavia on the map. It's a pure Hergé invention, with its own history and language. Based on cockney Brussels slang, with a touch of French and Dutch, and rounded-off with some Slav words, we end-up with "politzski" for "police". Simple, to say the least!

The Diva: Protect your ear drums

Here we meet, for the first time, the most important lady in the Tintin Adventures, namely Signora Bianca Castafiore of La Scala, Milan.
The first contact with Tintin is not really a success. Tintin has never heard a voice like this. Fortunately, the car windows are shatter-proof. Our intrepid reporter escapes when he has the chance. How could we have survived without Bianca Castafiore?

As Hitchcock often had a cameo role in his films. Hergé did the same in his stories. But it was not systematic. In King Ottokar's Sceptre, Hergé appears twice.
He is present when Tintin is arrested by the Royal Guards and later on during the presentation of the order of the Golden Pelican to Tintin by King Muskar XII.

“The Sceptre actually exists and even Hergé was not aware. In 1976, while restoring Saint Vitus Cathedral, within Prague Castle, certain royal possessions of Ottokar II, King of Bohemia (1230-1278), were discovered.
Yes the Sceptre exists and is a real treasure dating back five centuries...” (Numa Sadoul, Tintin and I, Ed. Casterman, p155).