On board a polar vessel with Captain Haddock at the helm, Tintin and a team of European scientists sail to the Arctic Ocean where an aerolite made of an unknown metal crashed. But soon they find out that another ship is sailing toward the strange meteorite and their expedition turns then into a true race. 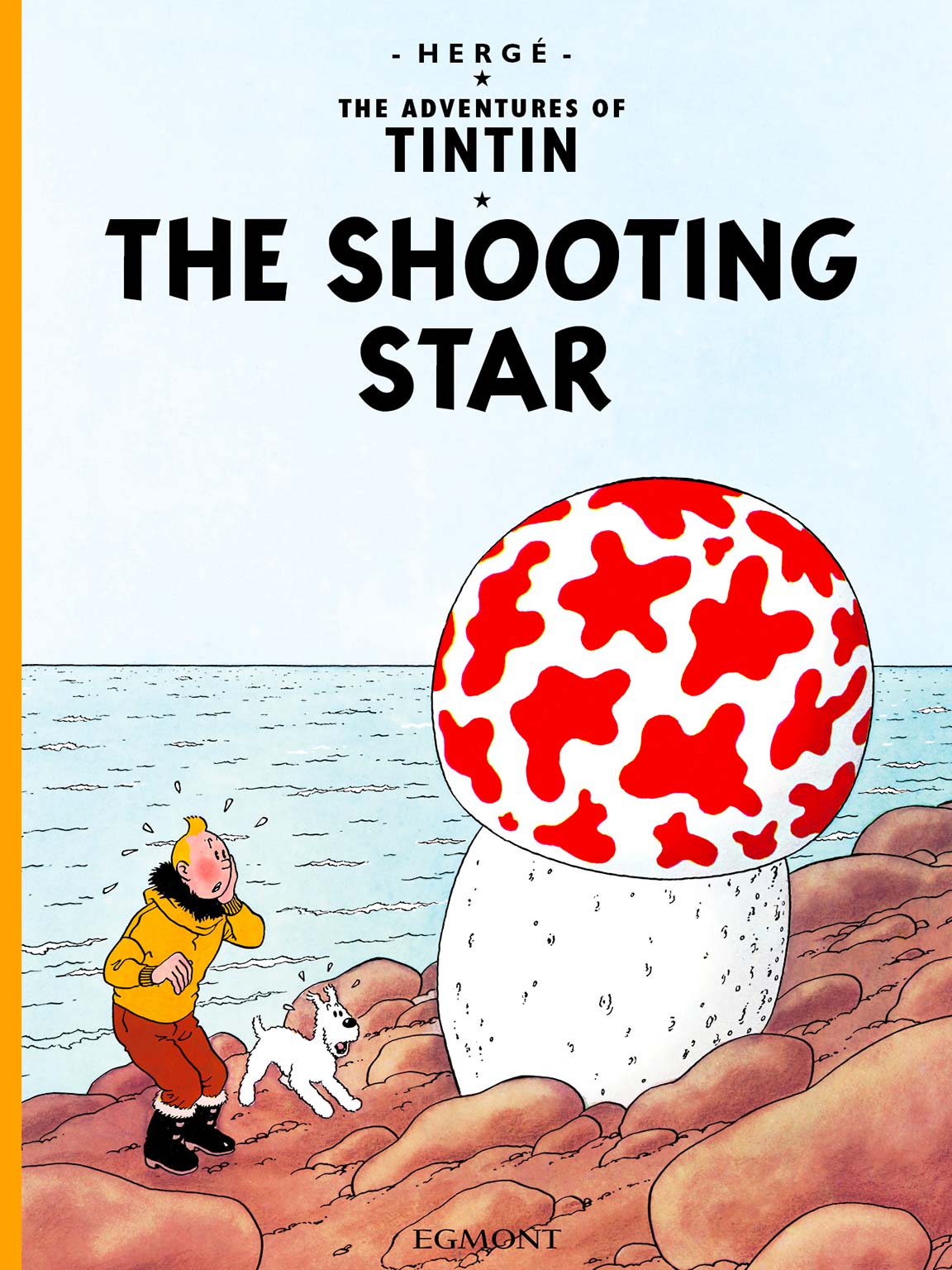 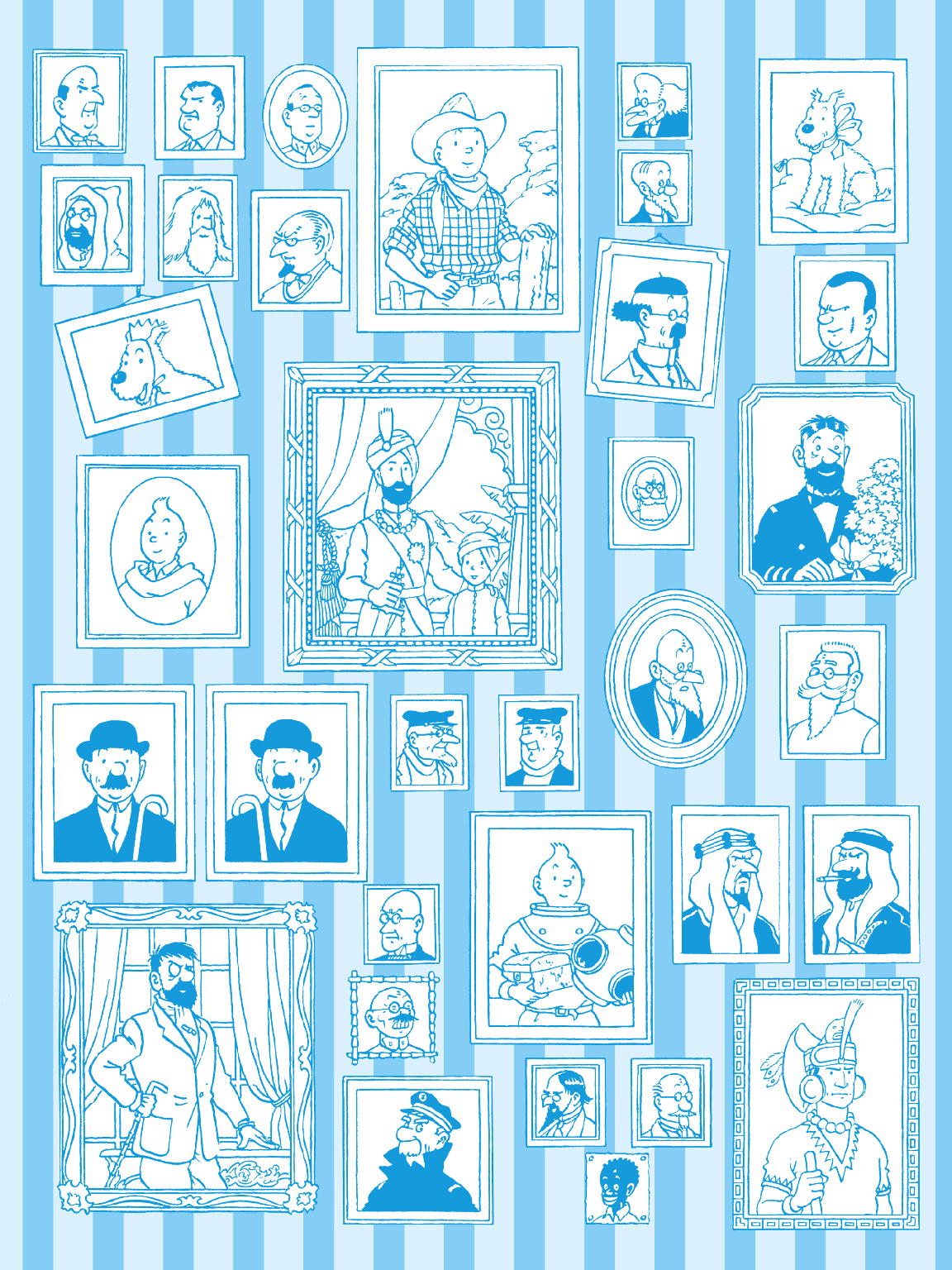 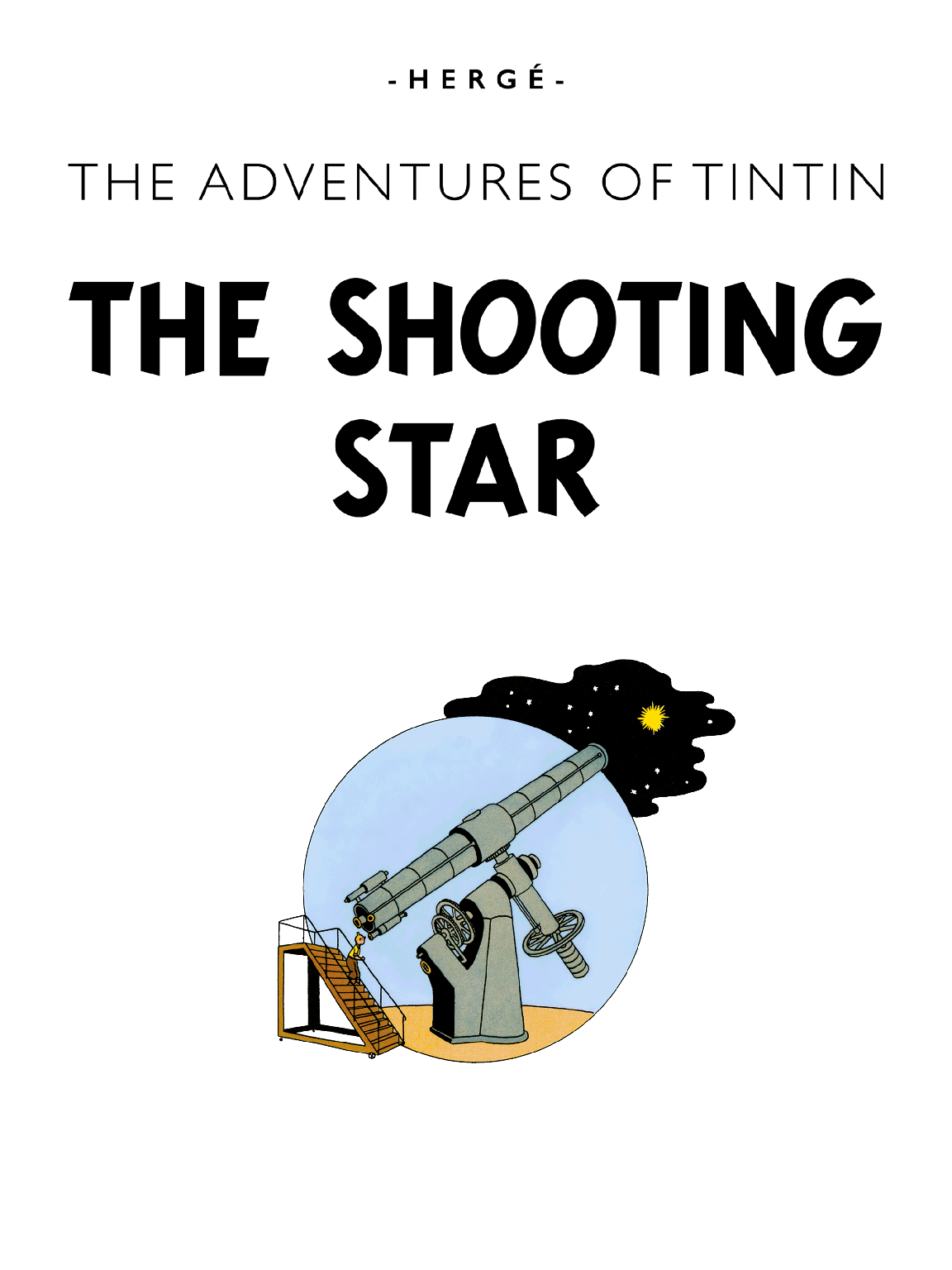 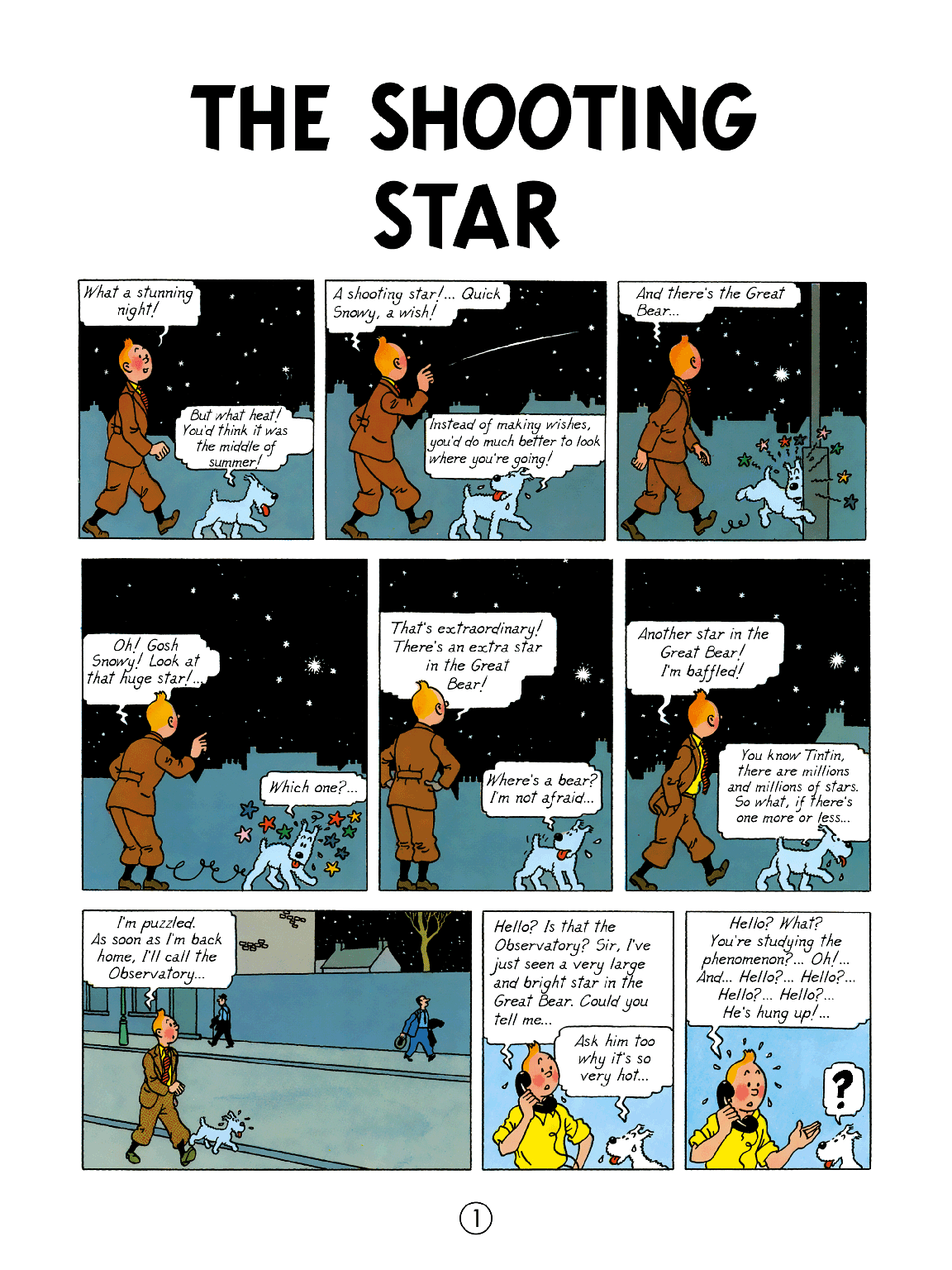 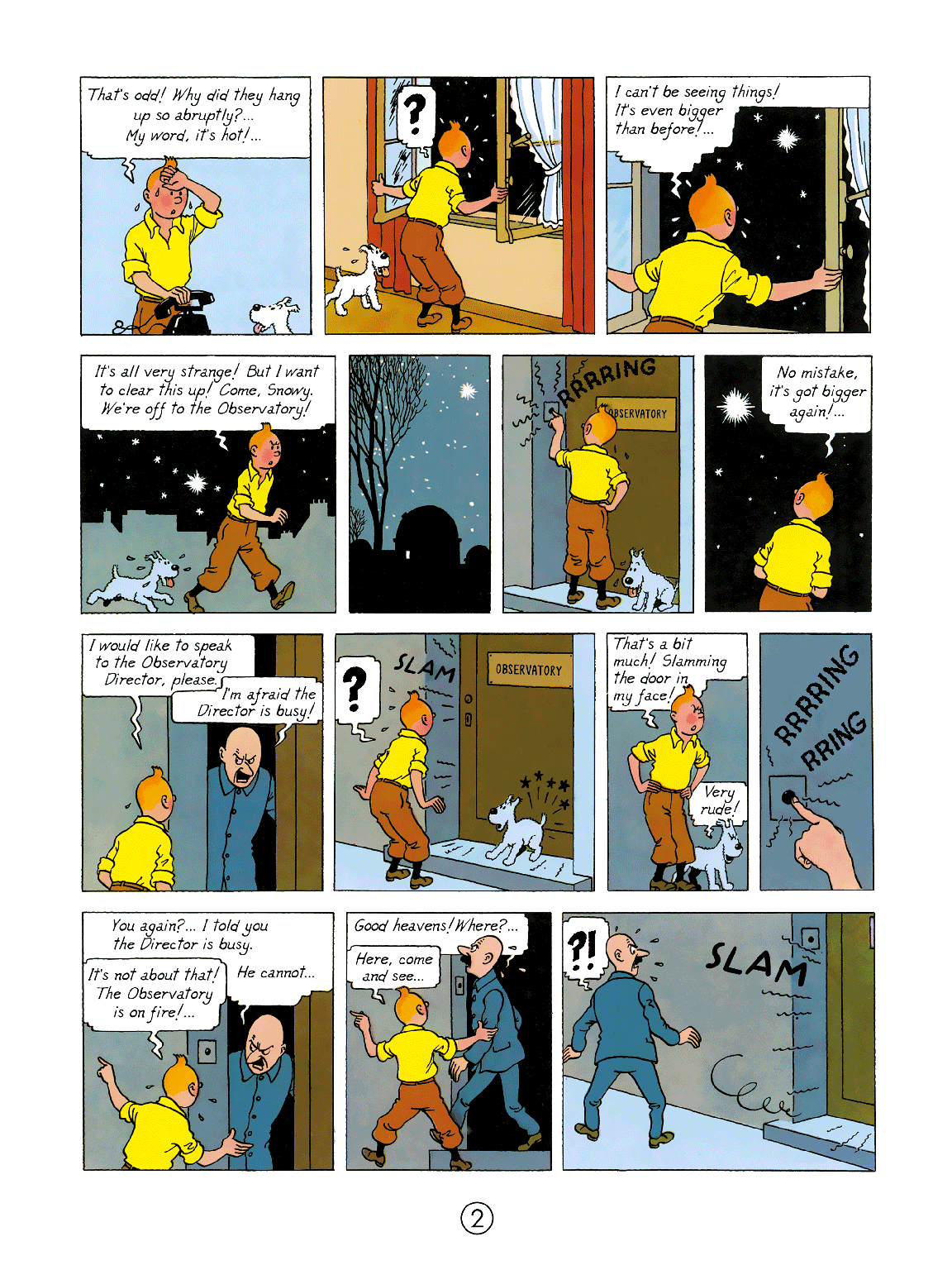 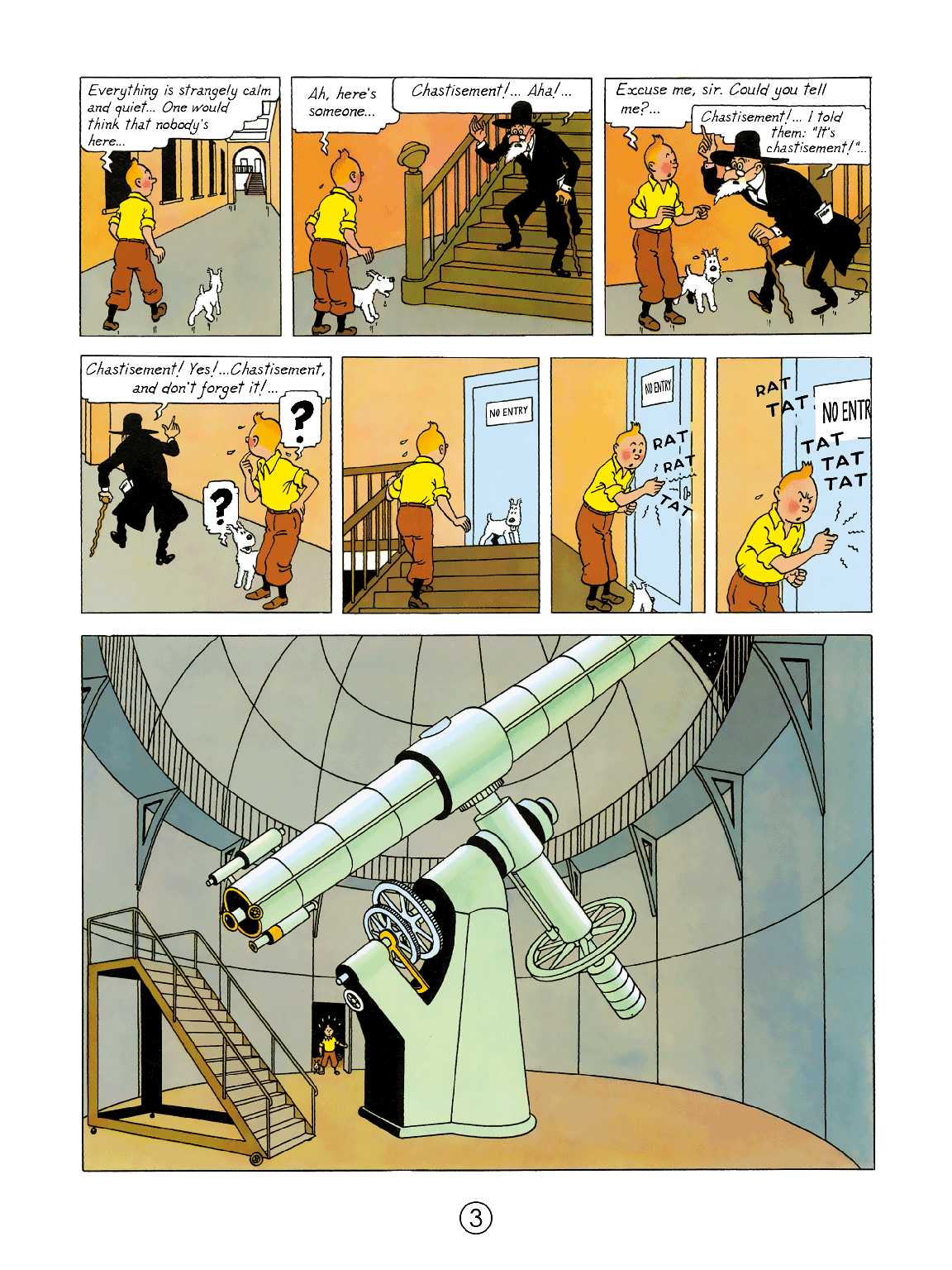 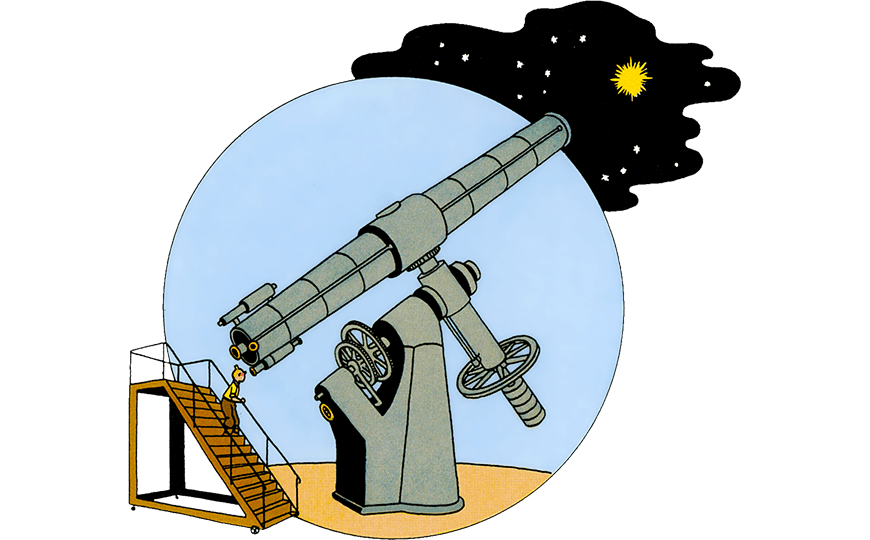 Your score:
Start again ...
Formally, The Shooting Star is the first album to be released entirely in four-colour process. Its format will serve as a model for all future albums in the series: 62 pages of a dozen colour drawings each, a title page with a colour cul-de-lampe and a cardboard cover with an illustration printed on the entire surface of the first cover.
The Shooting Star (1942) is based on an event which sees the fall in the Arctic regions of a meteorite which allegedly contains an unknown metal. Tintin and Haddock join the expedition in an attempt to retrieve it. This attempt will turn into a veritable race against the clock involving a team of unscrupulous financiers.

About The Shooting Star

“It describes the rivalry between Europe and the United States. It depicted this struggle in the race between the two boats aiming at the same goal.” (Hergé, in Numa Sadoul, Tintin and I, p.159)
Numa Sadoul : “In The Shooting Star, the fantastic enters into your work for the first time. There are drawings showing hallucinations and remarkable optical effects. This episode contains something strange: strong dream-like, mysterious, atmospheres...”
Hergé : “Indeed, indeed.” (op. cit. p.159)
The Shooting Star is also the beginning of the four-color printing as well as the establishment of the 62-page format.

Tintin's home: Come on in!

On the left, a comfortable armchair. In the middle, a wooden coffee table. On the ceiling, a golden color chandelier. Of course, the earthquake makes it looks somewhat untidy.
Well, it might not be the best time for a visit to Tintin's apartment located at 26 Labrador Road. But since the opportunity is so seldom...

First scientist to appear in Tintin's adventure, the astronomer Professor Phostle would be a completely humorless characters if he didn't' have that taste for bull's-eyes. 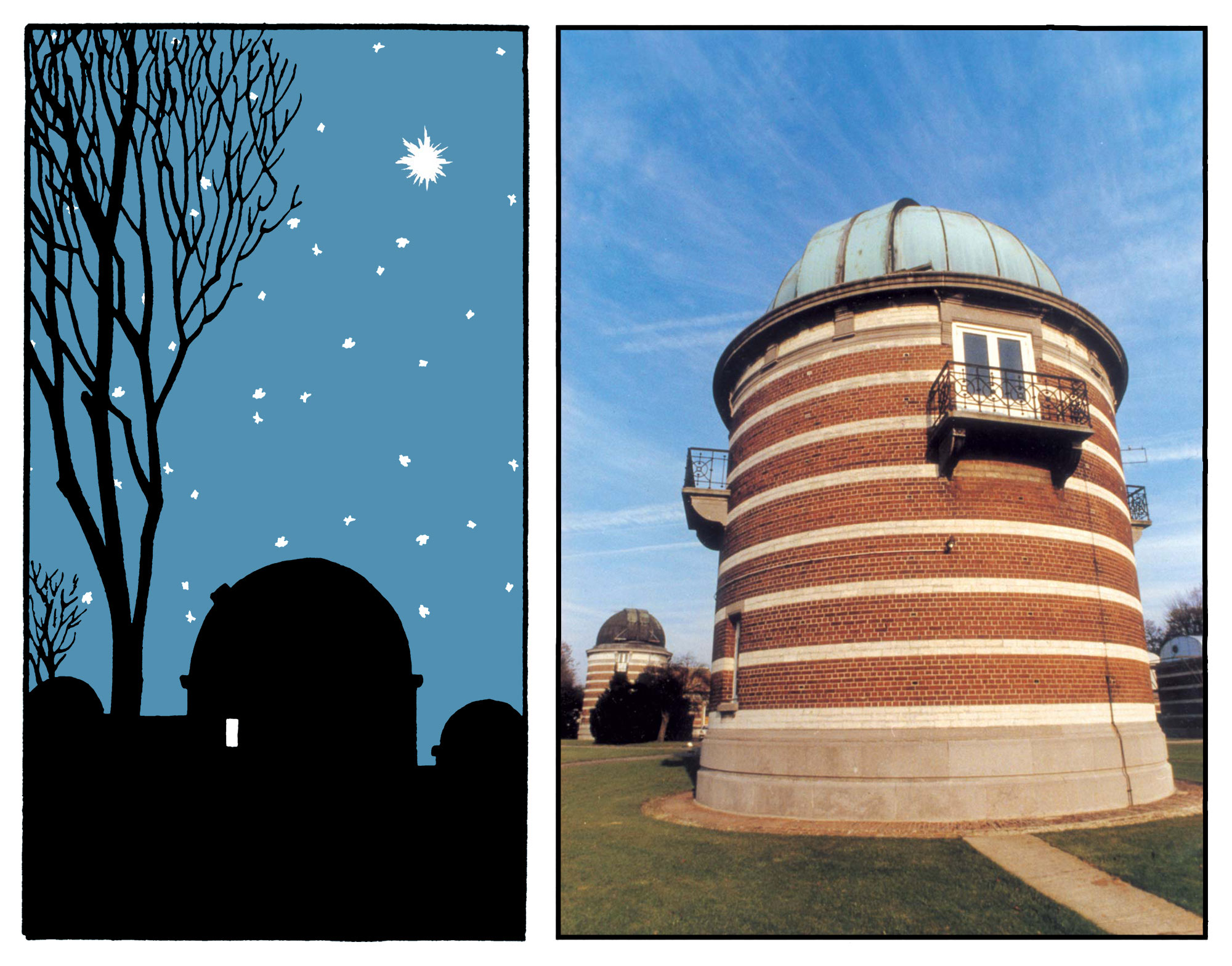 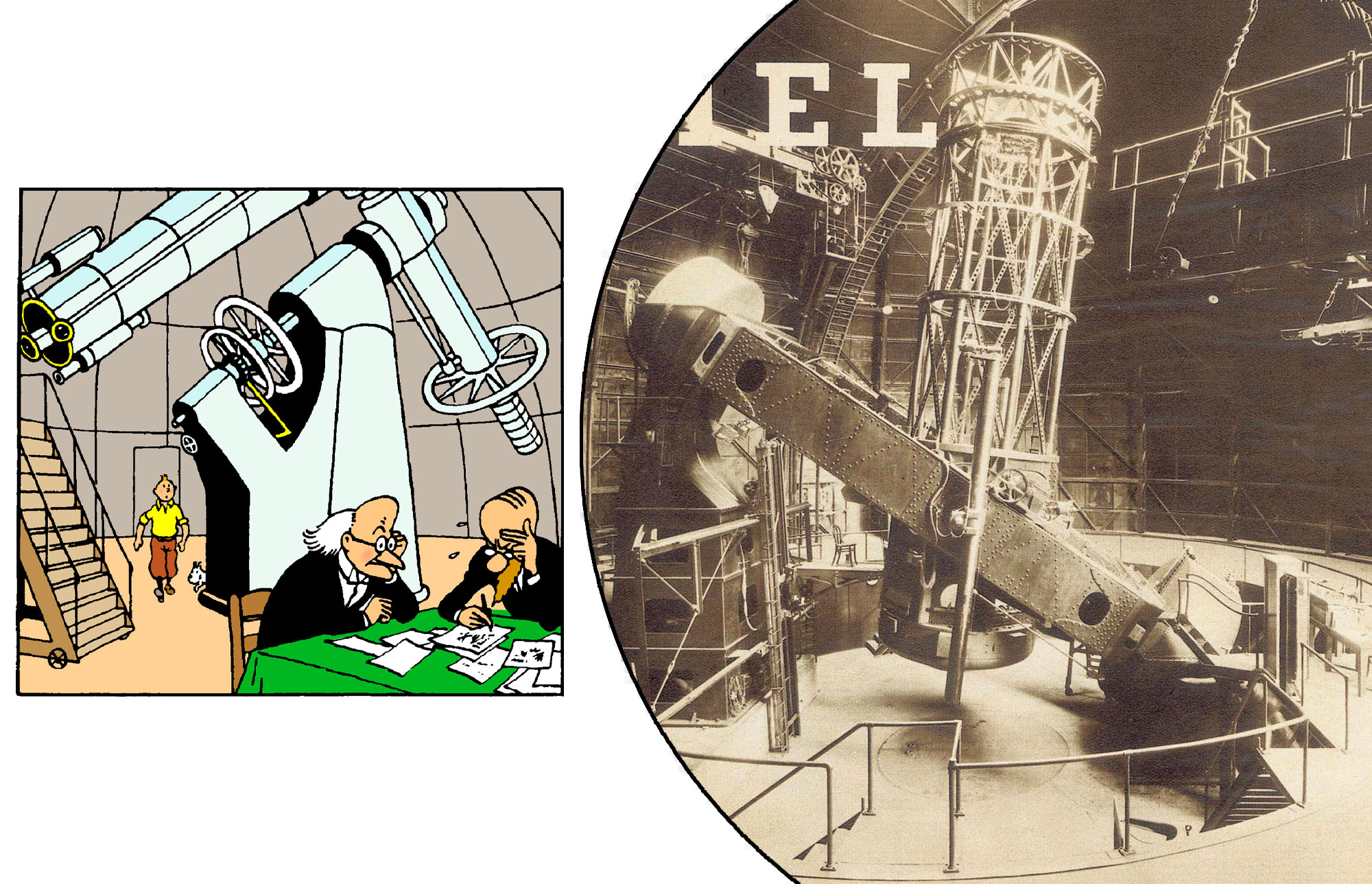 By the rings of Saturn, one cannot make this up! In fact, this is the truth since when Hergé was visiting the Observatory in Brussels looking for documentation, several of its members were real bull's-eyes amateurs.

This is with a lot of humor that Hergé treated Captain Haddock's definite taste for whisky. In The Shooting Star, we find numerous gags based on this unfortunate habit.
One of the best shows several cases of whisky being loaded on the Aurora in front of the committee of the Society of Sober Sailors whose President is the Captain himself.

Isn't it Piccard himself? Knowledge first

Of Swiss origin, Auguste Piccard taught at Brussels University in the ‘30s and ‘40s. According to Hergé who would see him on the streets from time to time, the inventor of the bathyscaph was the typical incarnation of the scientist.
Before using the peculiar physique of Auguste Piccard to create Professor Calculus, Hergé represented him in The Shooting Star. Look carefully, he is the first one from the right!

Hergé was not the kind who would brag about his own drawings. However, he would tell when one of them pleased him particularly. For example, in The Shooting Star, the series representing the Aurora rolling and rocking on heavy seas and the immediate effect it has on the passengers demonstrates the cinematographic talent of Hergé's directing.

Watch the apples! The frontier of the surreal

“It must be magic!” says Tintin. The first time, the apple will almost hit him on the head.
The second one will be a hit; he will be knocked out and will almost be engulfed by the raging waves. Hergé enters the world of the fantastic.

4 reviews
Log in or create a Tintin.com account to write a review.
One of the most unusual Tintin adventures, but still a great one!
in Persian:
ستاره اسرار آمیز
tintin <3
The Shooting Star