The Castafiore Emerald is a story in which, essentially, nothing happens. Captain Haddock's mansion, Marlinspike Hall, can be considered a theatre; the characters in the story are the actors in a play. Various outsiders, including a doctor and some gypsies, mingle with the residents. 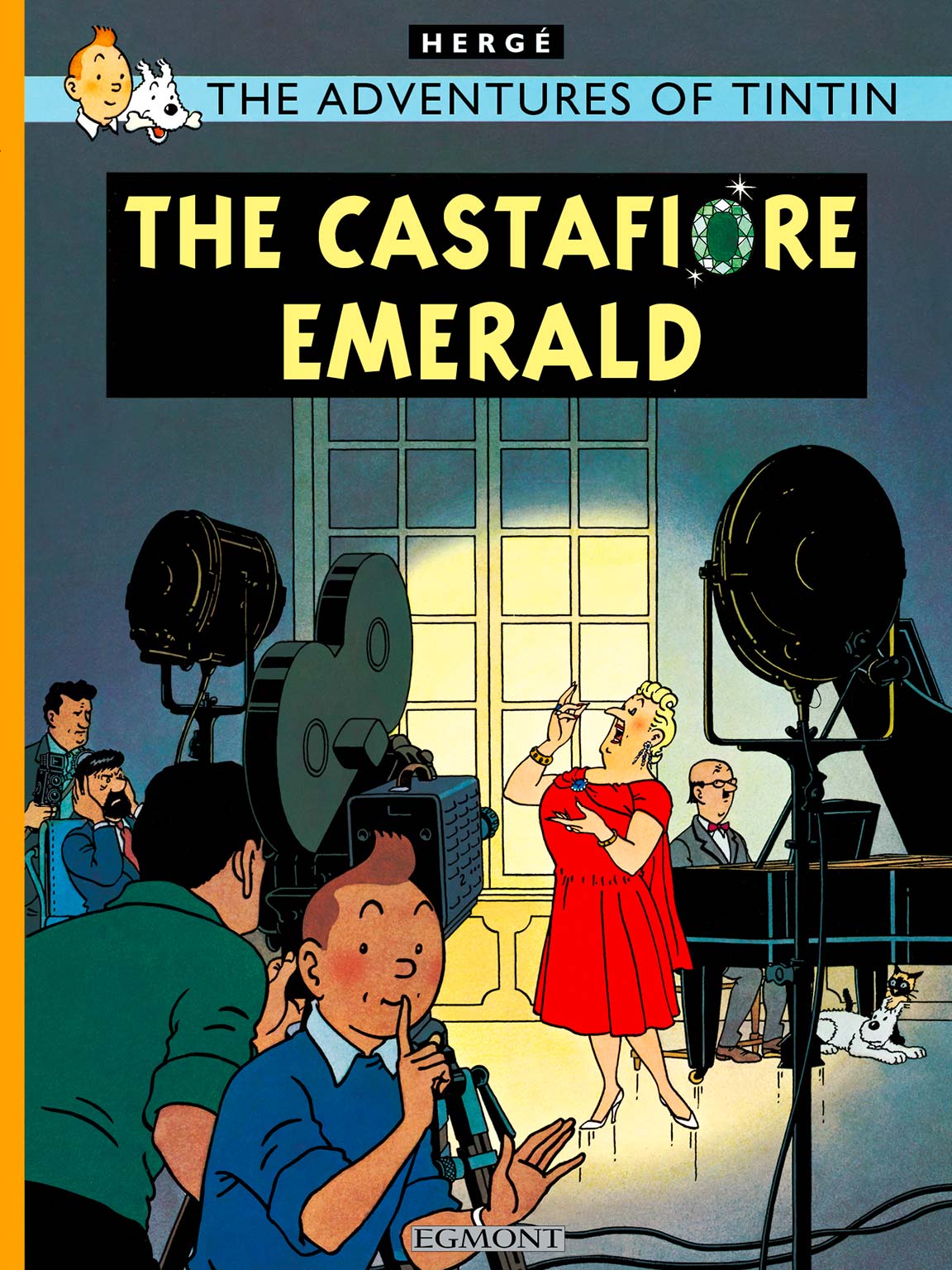 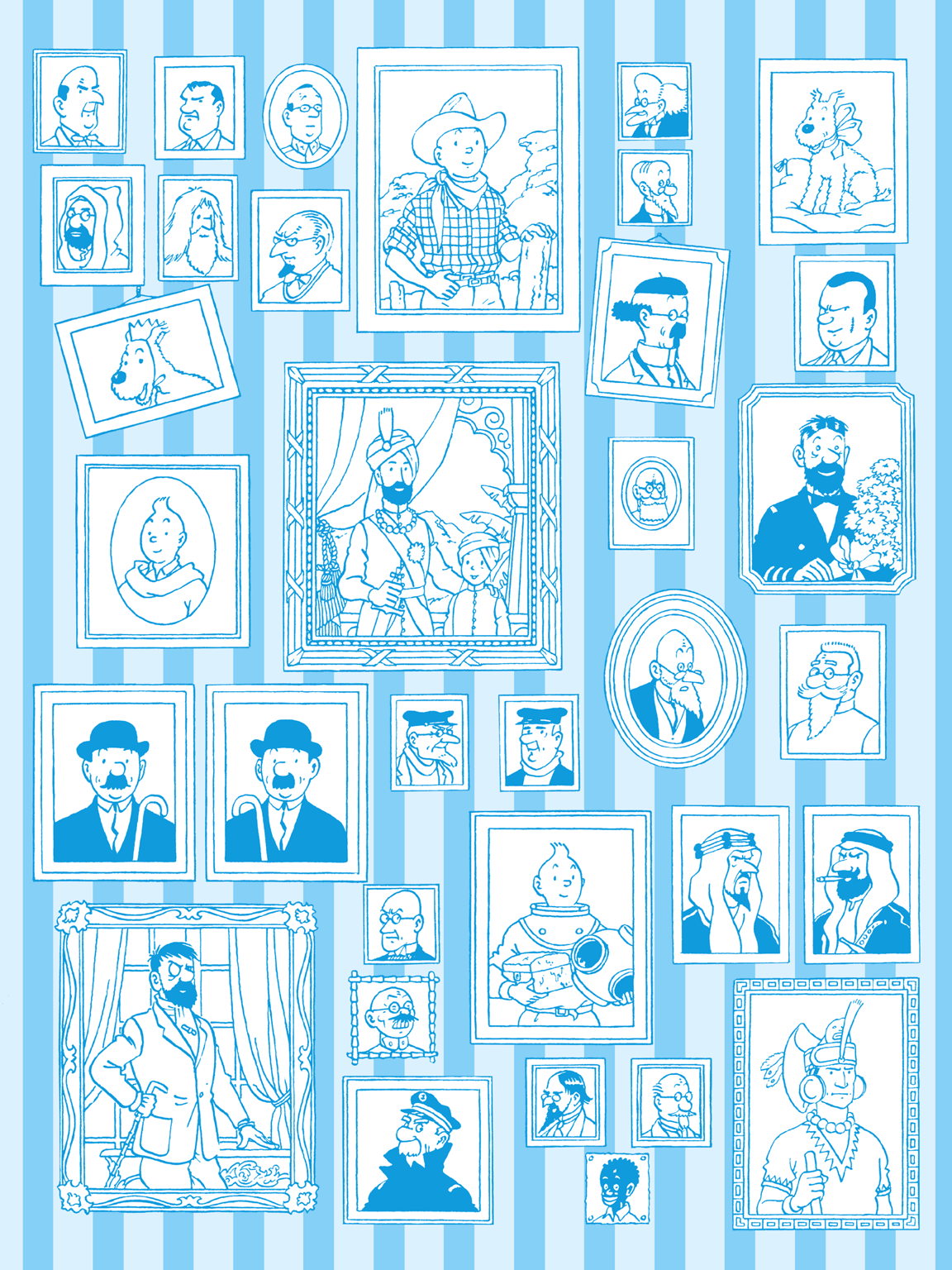 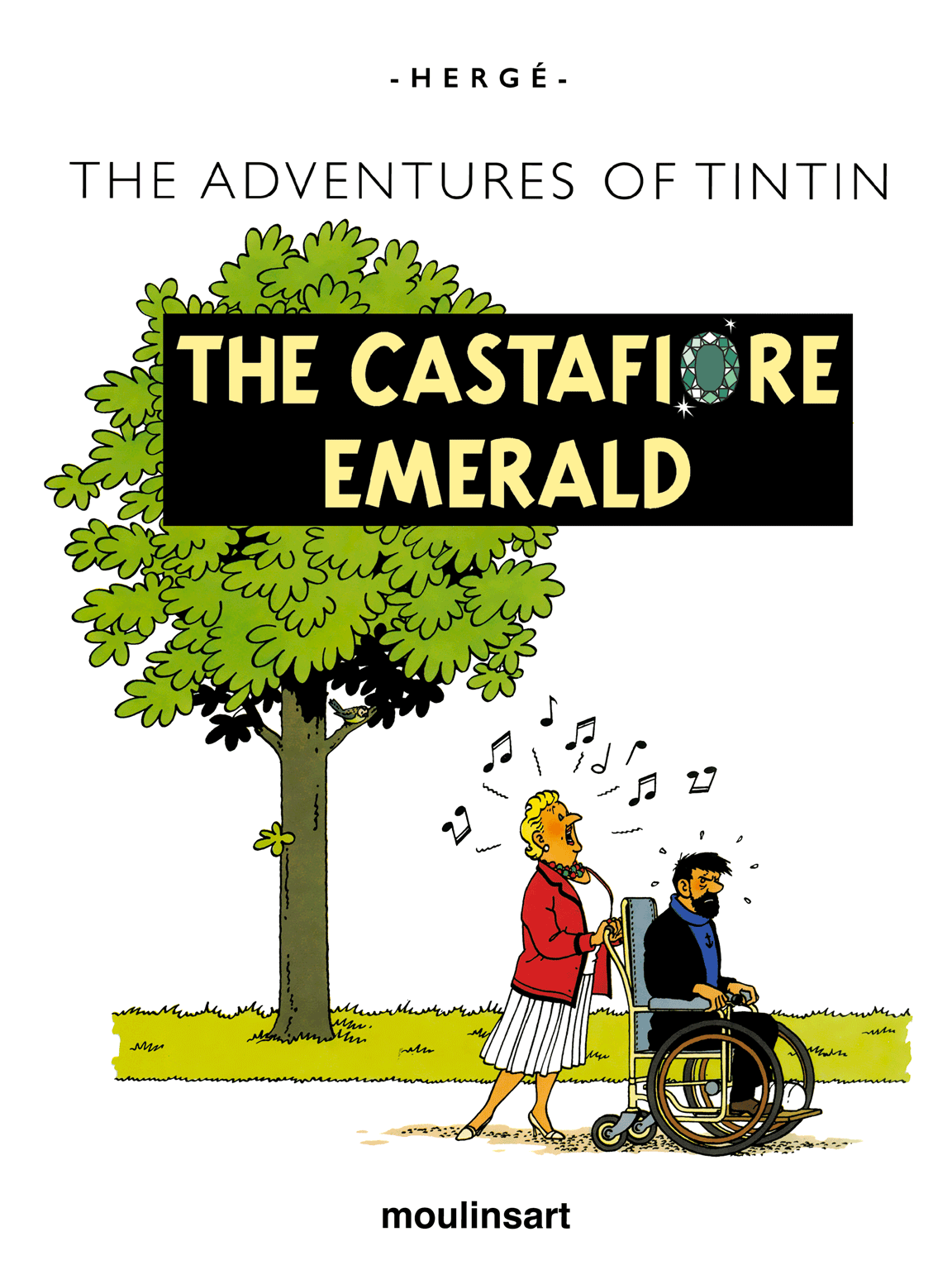 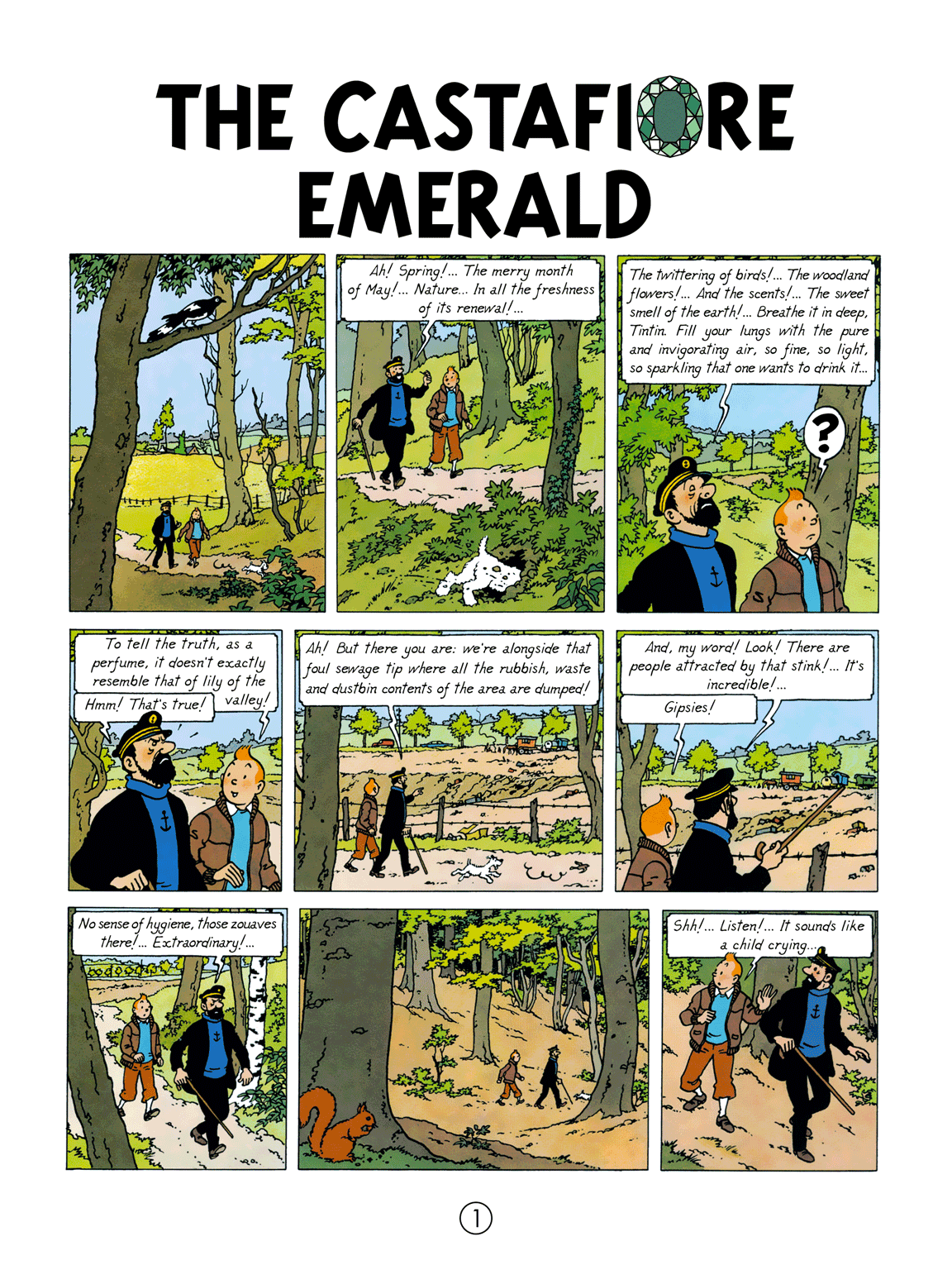 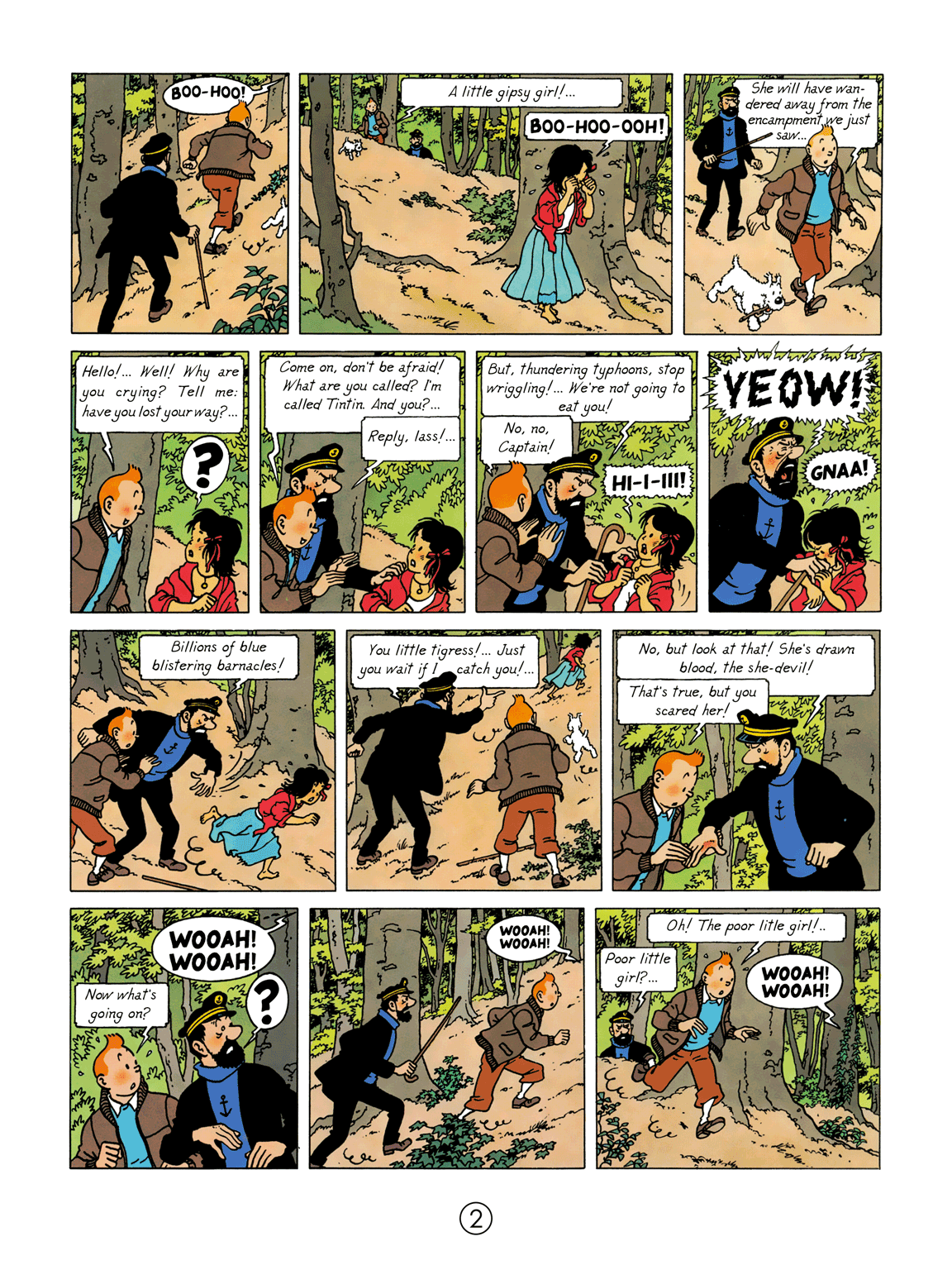 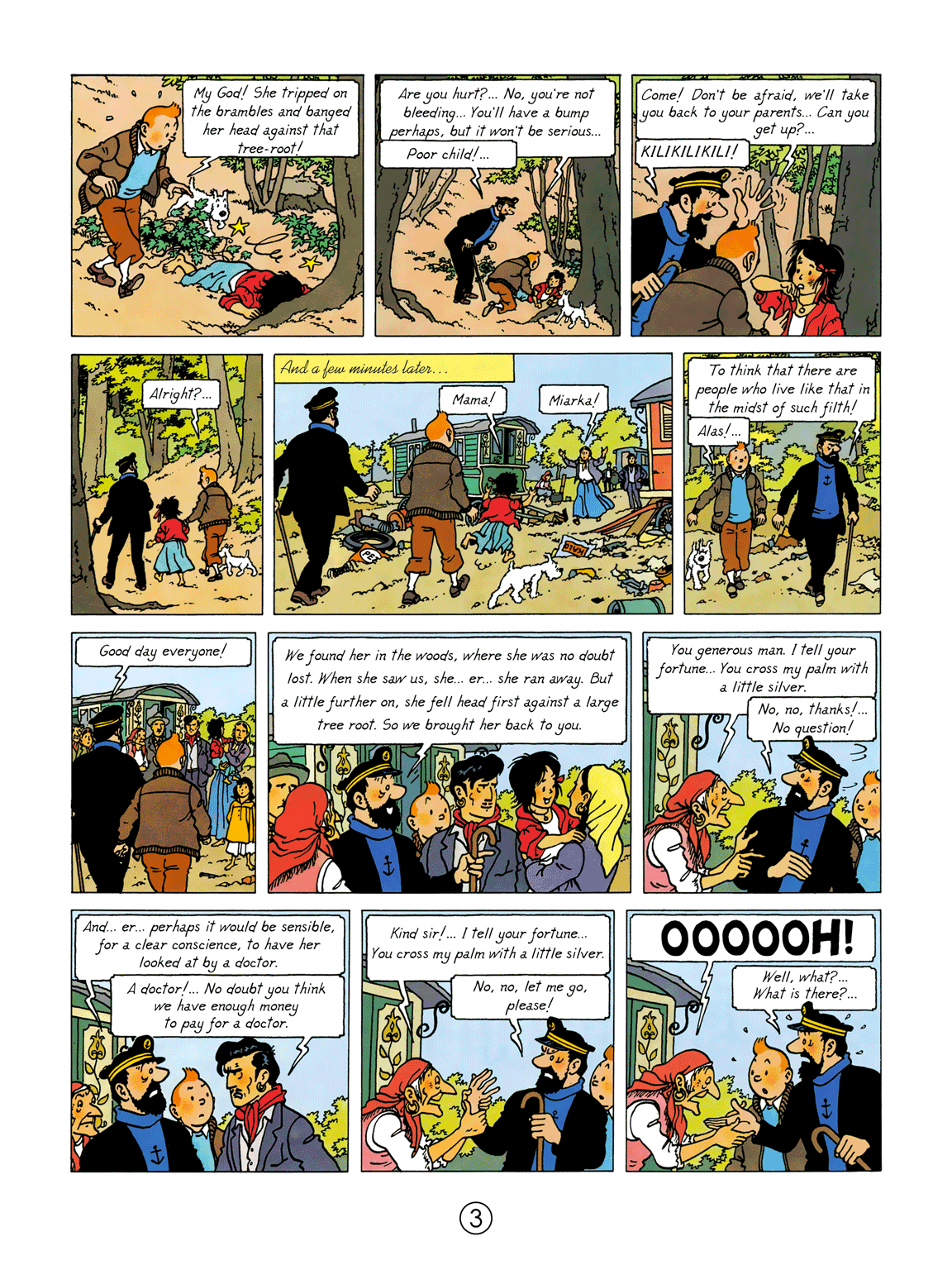 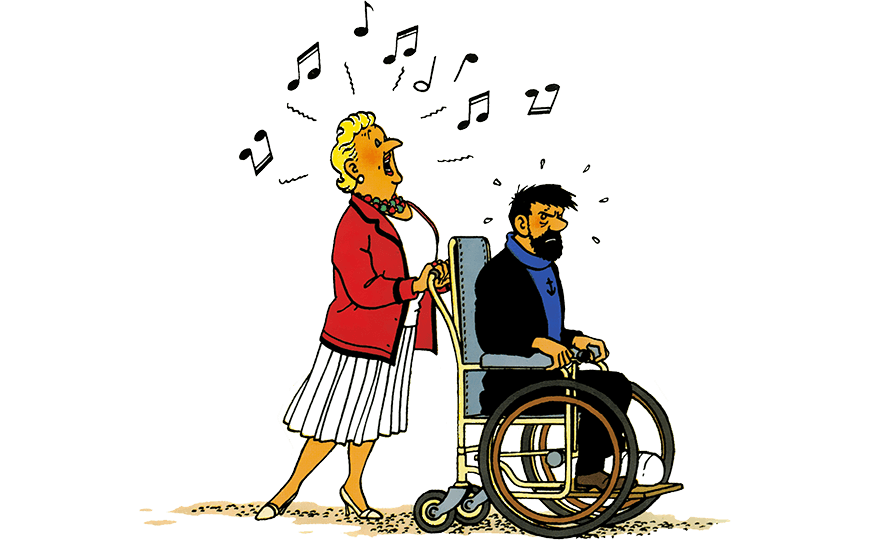 An opera singer invites herself to stay, with her entourage in tow. A builder is forever promising to fix a hazardous problem, and paparazzi skulk in the grounds. Further? guests? Include a television crew, a brass band and two hapless policemen.
The story revolves around a number of supposed thefts and a missing emerald. It seems like almost everyone is a suspect. A cheeky magpie appears at the beginning and right at the end of the story; readers finally discover that the little bird has been behind the drama. With a great sense of humour and the genius to be able to tell a story about nothing, Hergé takes his readers on a unique Tintin "adventure"... where the heroes stay at home.

The cover of this book is in itself an invitation to a performance. Tintin invites the audience in to see the show, which promises to be full of great comedy? Silence please!
The original title that Hergé wanted to use for the adventure was Ciel ! Mes Bijoux ! (Heavens! My Jewels!), which was rejected by the publisher of the Tintin books, Casterman.

None of the story is set in an exotic country, although the gypsies that appear at the beginning provide a link to far-off lands. This is the only story, along with The Secret of the Unicorn, in which the heroes don’t set off on adventures all over the world. But this doesn’t stop the adventure itself from turning up on their doorstep. 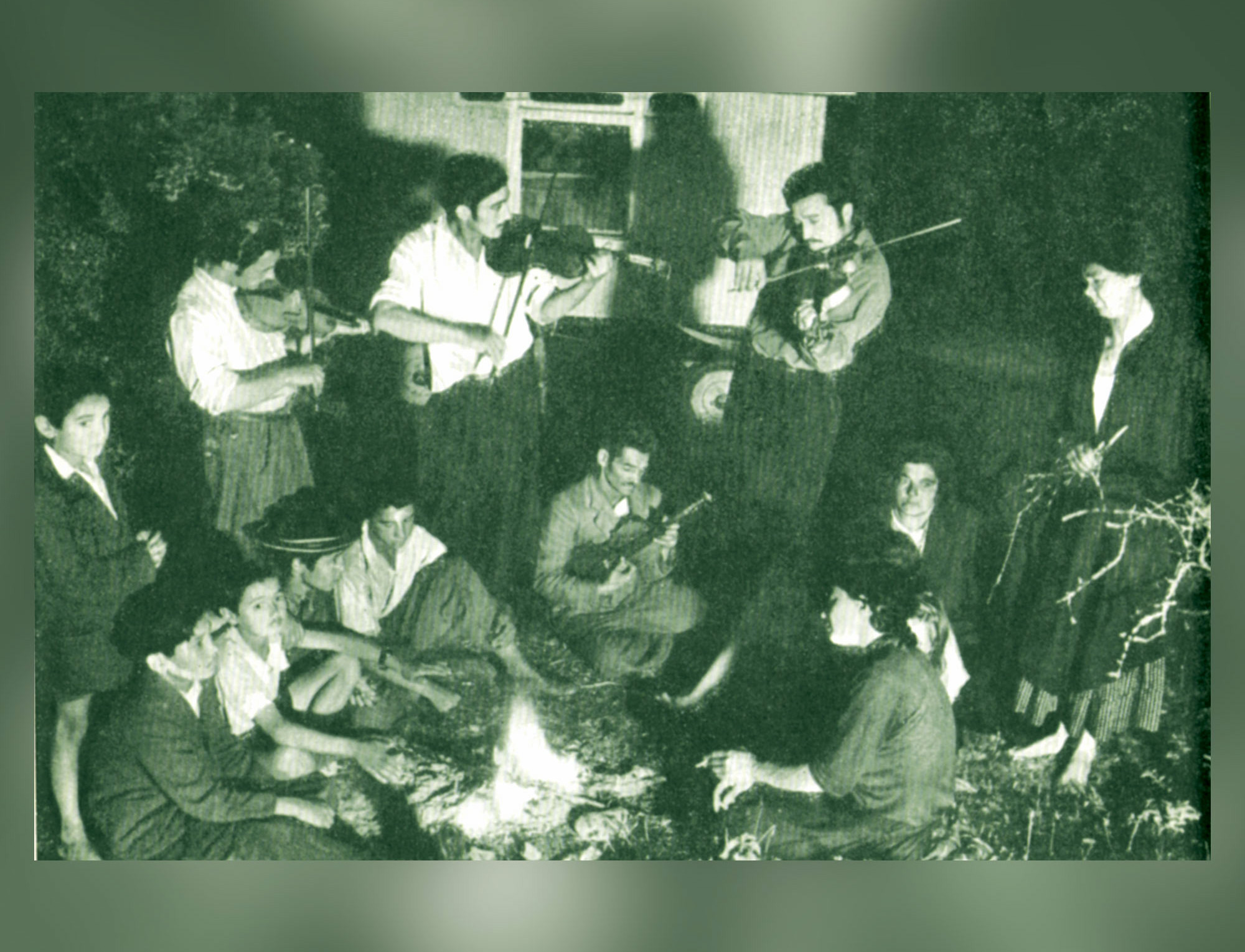 Yet despite the domestic setting, there is a nod to exotic travel and adventure. On page 43 Tintin reads Treasure Island, the book by British writer Robert Louis Stevenson (1850 - 1894) published in 1883. This was one of Hergé’s favourite books, along with Robinson Crusoe by Defoe and The Three Musketeers by Dumas.

An old Romanian proverb goes: “Gypsies look human from far away.” Although this is clearly offensive, the phrase betrays a deeper general attitude toward these people. 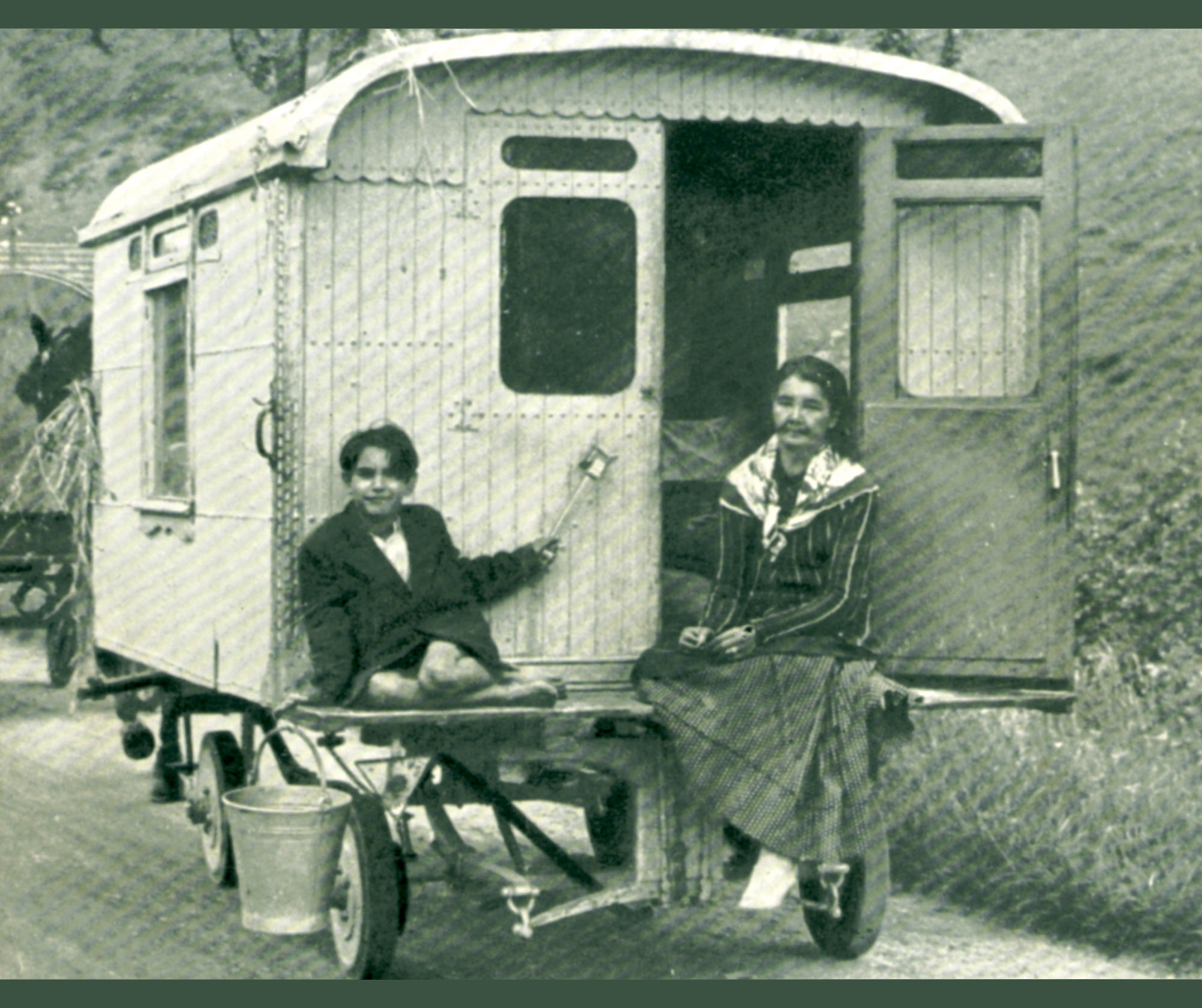 © Hergé / Tintinimaginatio - 2023 - All rights reserved
With The Castafiore Emerald (1963), Hergé was one of the first to depict gypsies in a way that broke free of the prejudices of his time. It is by meeting and speaking with the gypsies that Tintin and Captain Haddock also manage to see through some of the false and widespread myths about these people.

Although she is famous all over the world, Bianca Castafiore seems to have a rather limited repertoire. The opera diva’s most famous role is as Marguerite in scene VI act III of Gounod’s opera Faust. 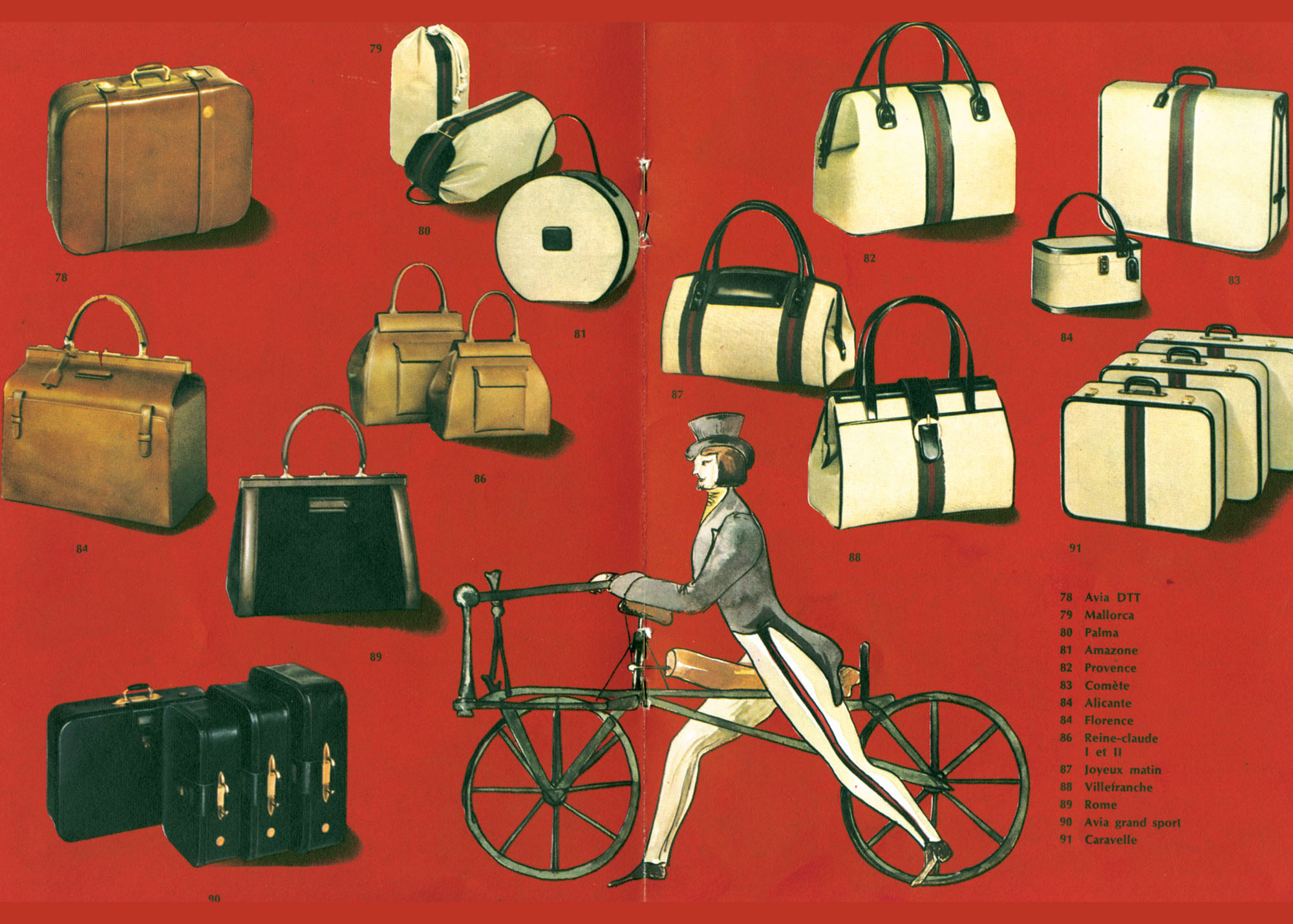 © Hergé / Tintinimaginatio - 2023 - All rights reserved
The Milanese Nightingale’s room at Marlinspike Hall looks a lot like the King’s Room at Le Château de Cheverny in France (the model for Marlinspike), with its four-poster bed and Persian quilt. Like the real-life opera singer Maria Callas, Castafiore is a diva who has a love-hate relationship with the media.

Bianca Castafiore’s wardrobe is extravagant. The singer is permanently paranoid that her jewels are going to be stolen; in the end it looks like this is exactly what happens. The Thom(p)sons investigate and accuse in turn: Nestor, Irma and the gypsies that Captain Haddock has invited onto his land. Finally, after all kinds of false trails and sub-plots the emerald is found by Tintin, almost by accident, in a magpie’s nest. 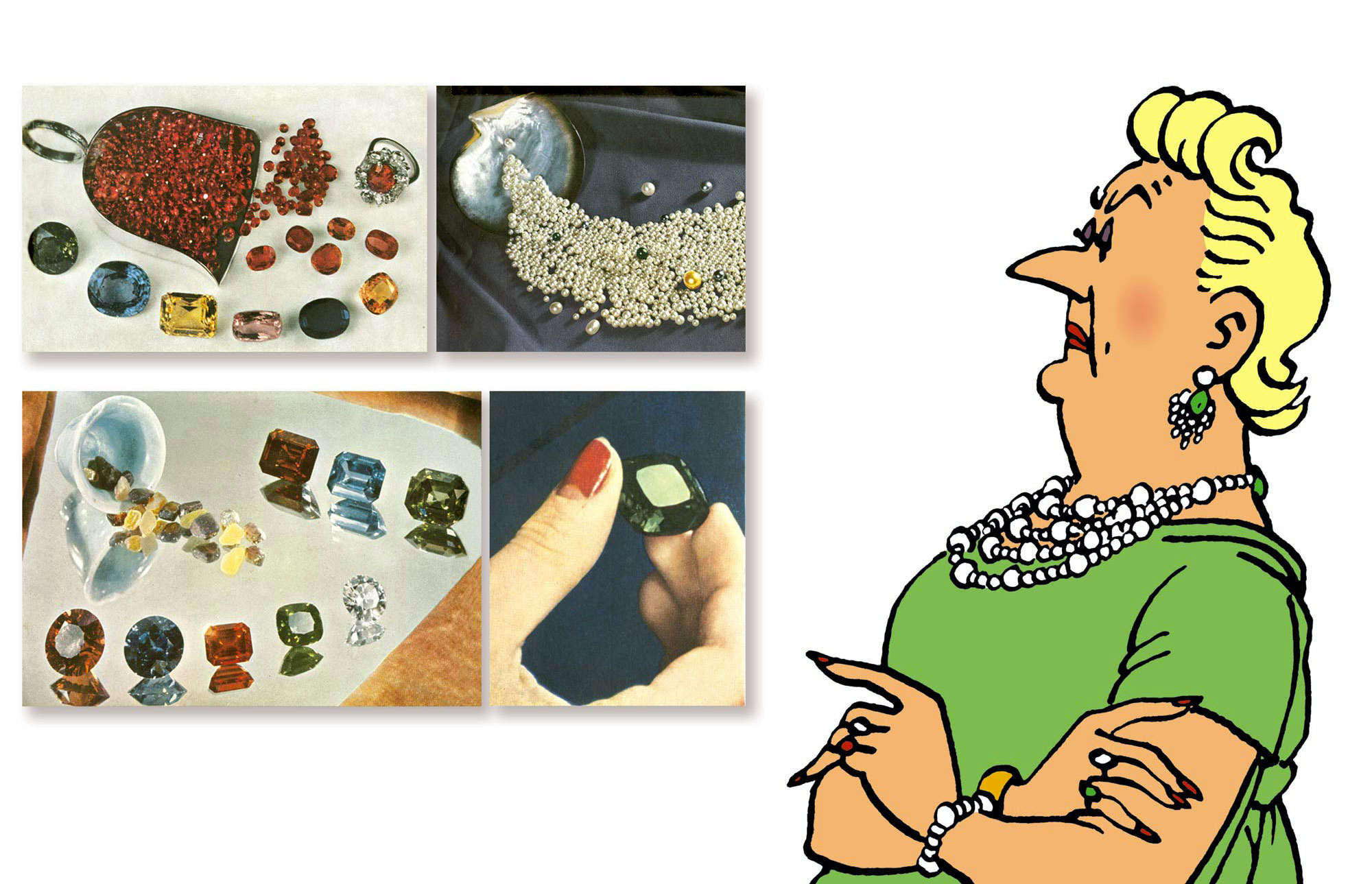 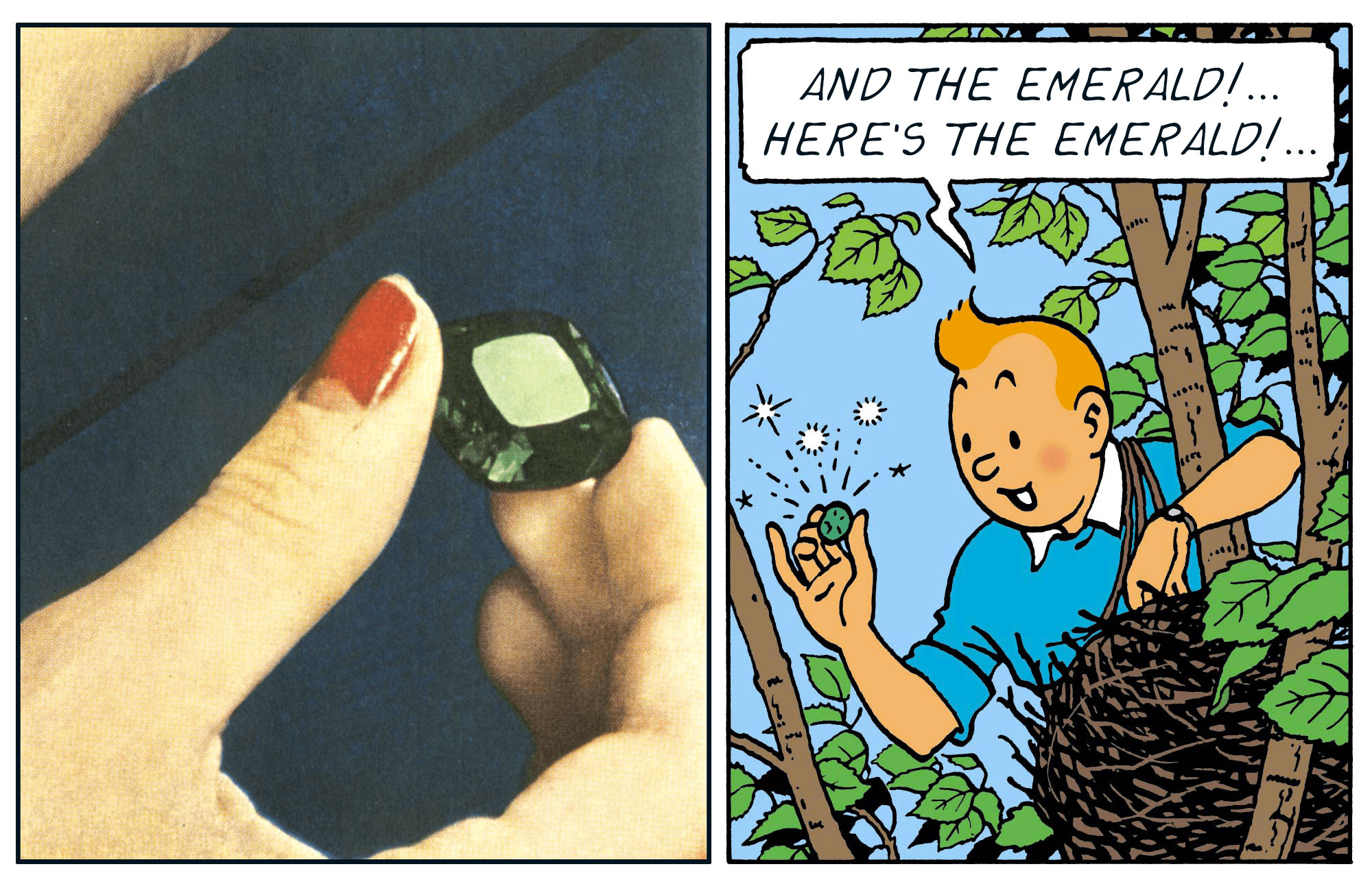 Every part of Marlinspike Hall that readers see in The Secret of the Unicorn and Red Rackham’s Treasure is based directly on photos from a tourist brochure published at the beginning of the 1940s, the full title of which reads (translated in English): Historical stately homes of France. CHEVERNY. One of the beautiful Loire Valley mansions. This was the only source that Hergé had to go by when he created Marlinspike Hall.

Features of the building? The first floor landing and two flights of stairs, as well as a few of the main rooms? Illustrate several pages in the brochure. Le Château de Cheverny was built in 1625, in classic Louis XIII style.

Marlinspike Hall could be considered a main character in The Castafiore Emerald. Writer and philosopher Michel Serres* goes even further, claiming that it is the staircase in particular that plays the leading role in the story. The stairs make their first appearance in The Secret of the Unicorn, when Tintin uses an old weapon to trip up his enemies as they reach the fourth step.
And beware this step in particular! The broken marble slab leads to no less than nine falls including an accident in which Captain Haddock sprains his ankle, immobilising him and preventing him from fleeing the imminent arrival of Bianca Castafiore.

Science in the service of love

One of Calculus’s other inventions in the story, is a new breed of rose. The Professor has a crush on Bianca Castafiore; for once his creative energy is focussed on a scientific project that doesn't risk being hijacked by nefarious criminals!

6 reviews
Log in or create a Tintin.com account to write a review.
My first tintin book!
One of my favorite books!
A Fantastic idea for an album to be set entirely at Marlinspike and its surroundings!
One of my favourites though as stated: nothing really happens. It's a Castafiore thing, I guess..
in Persian:
جواهرات کاستافیوره
I don't really like this book so to speak. As this page stated, "nothing happens".
The Castafiore Emerald