On his return from South America, Tintin embarks on an exciting British adventure, full of unexpected surprises. Tintin clashes with the villainous Dr. Müller for the first, but not the last time. Müller is the mastermind behind a vast European counterfeiting operation. After numerous incidents, Tintin succeeds in breaking up this criminal network. 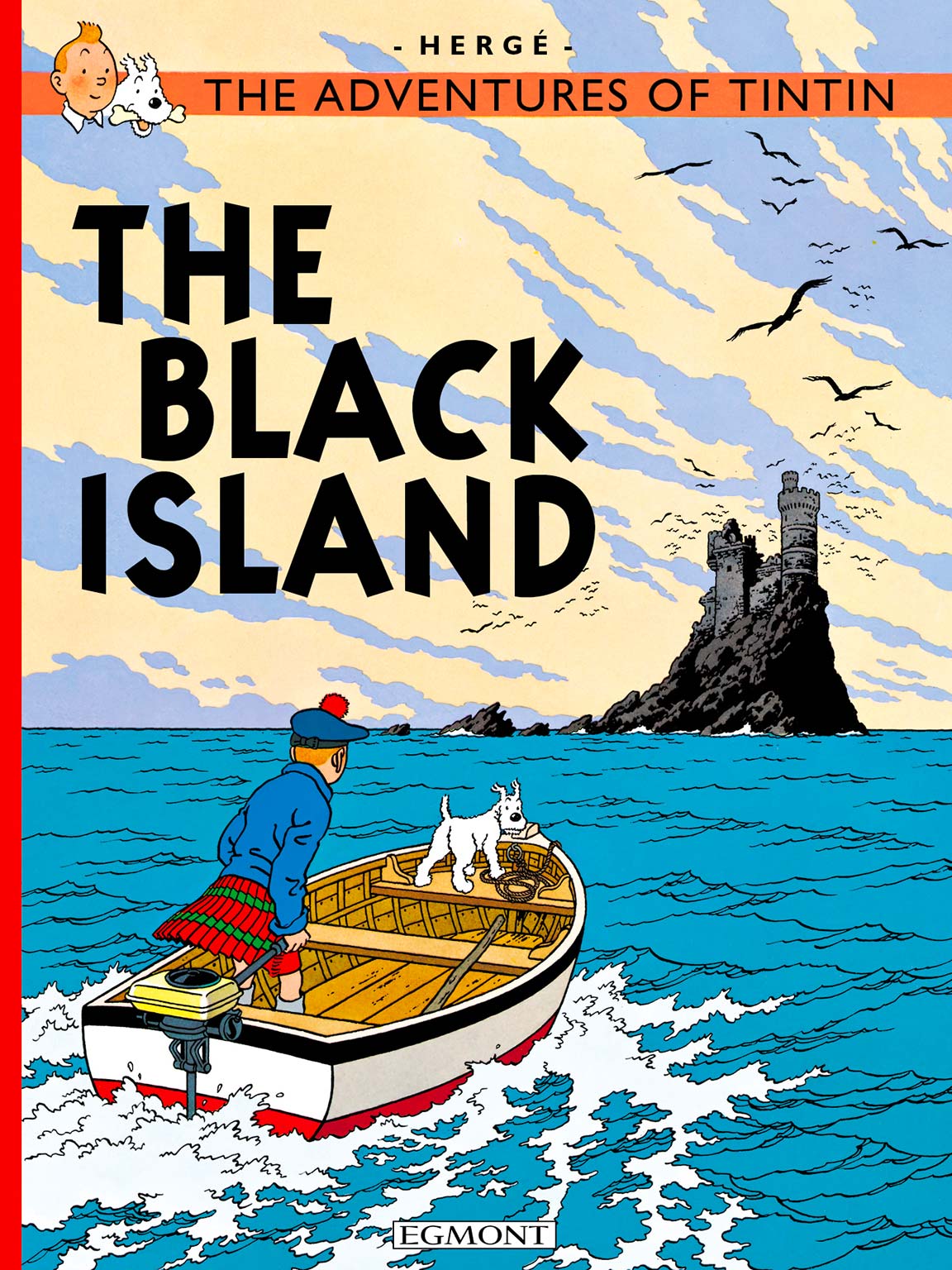 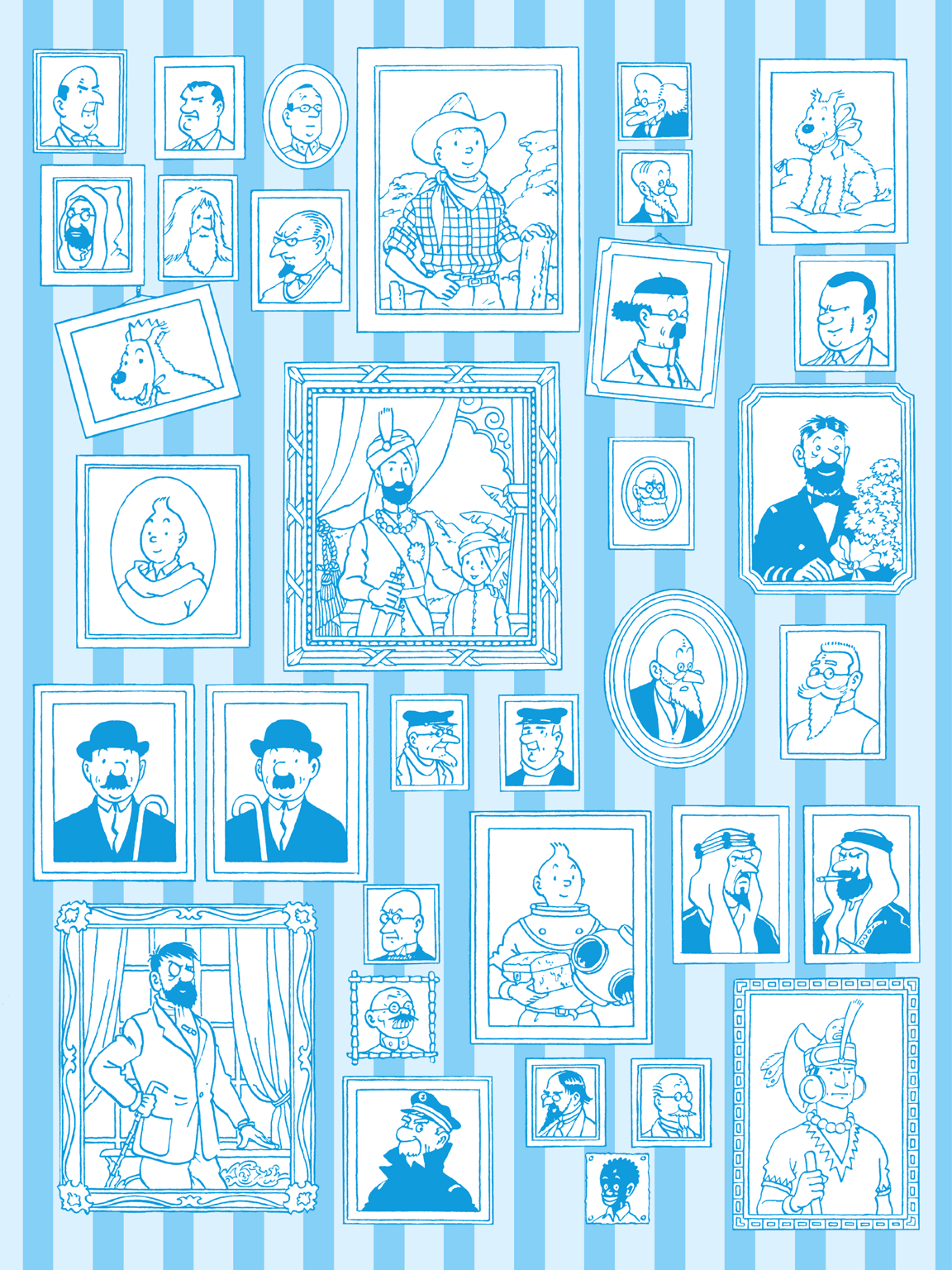 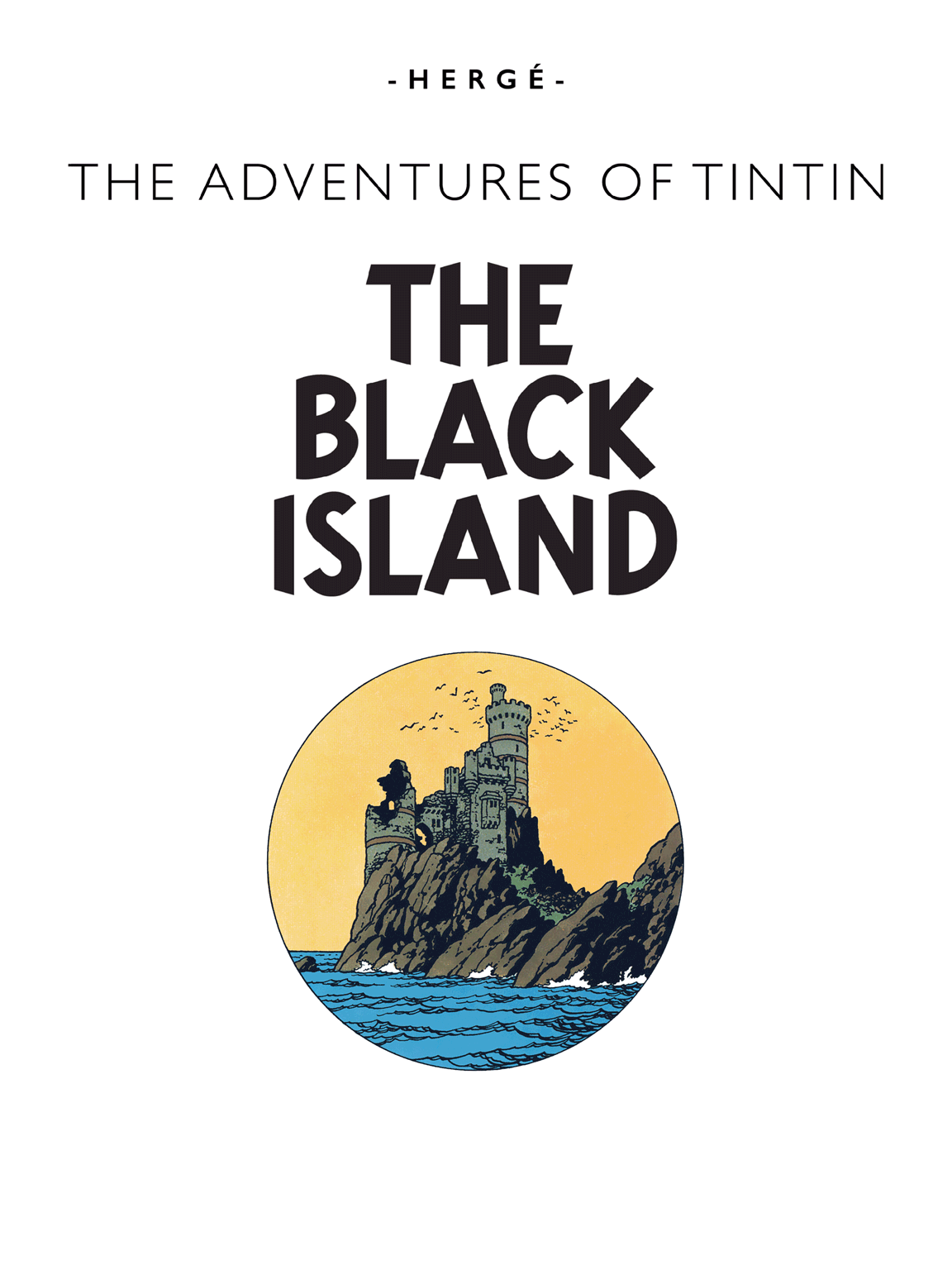 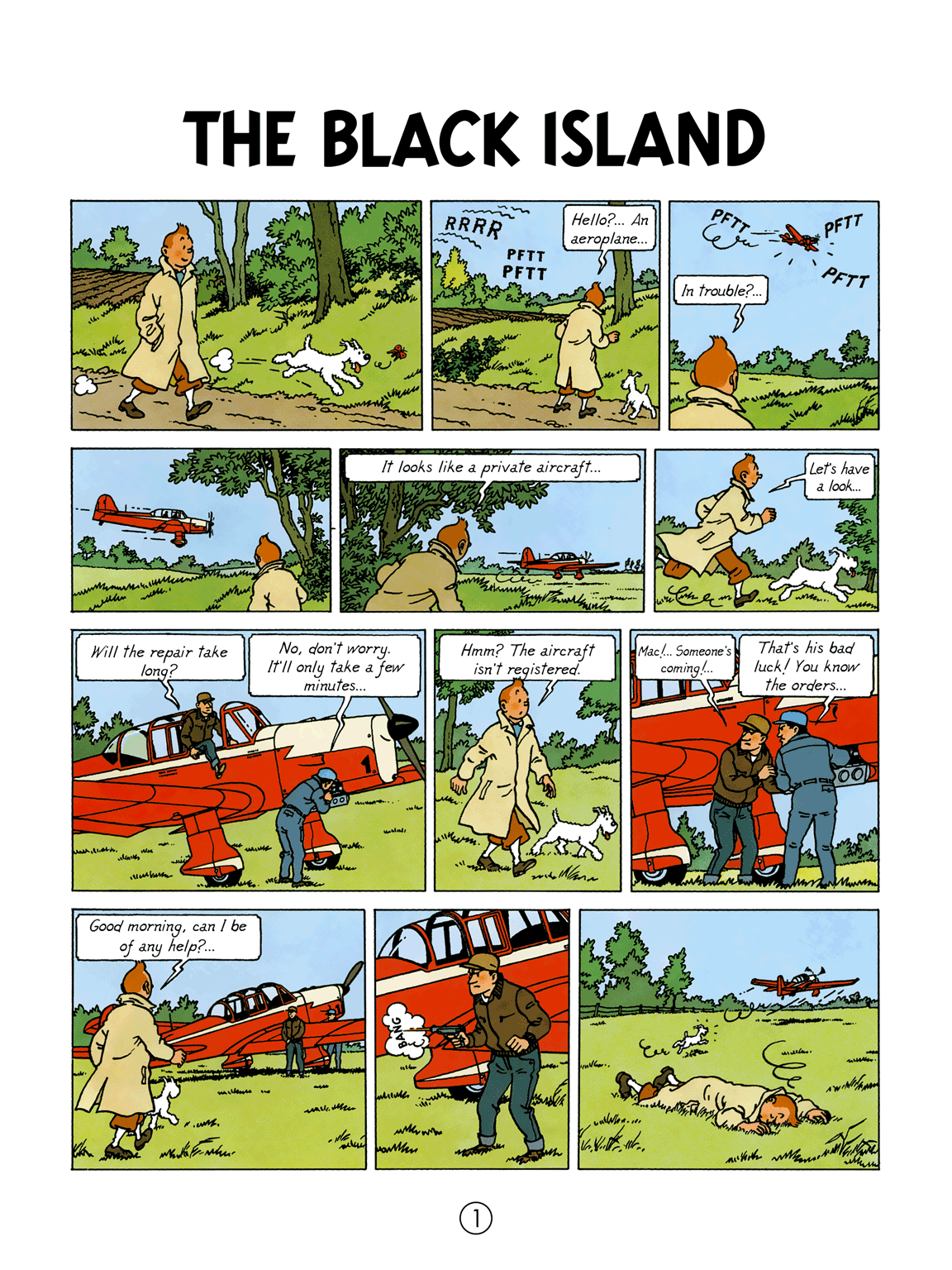 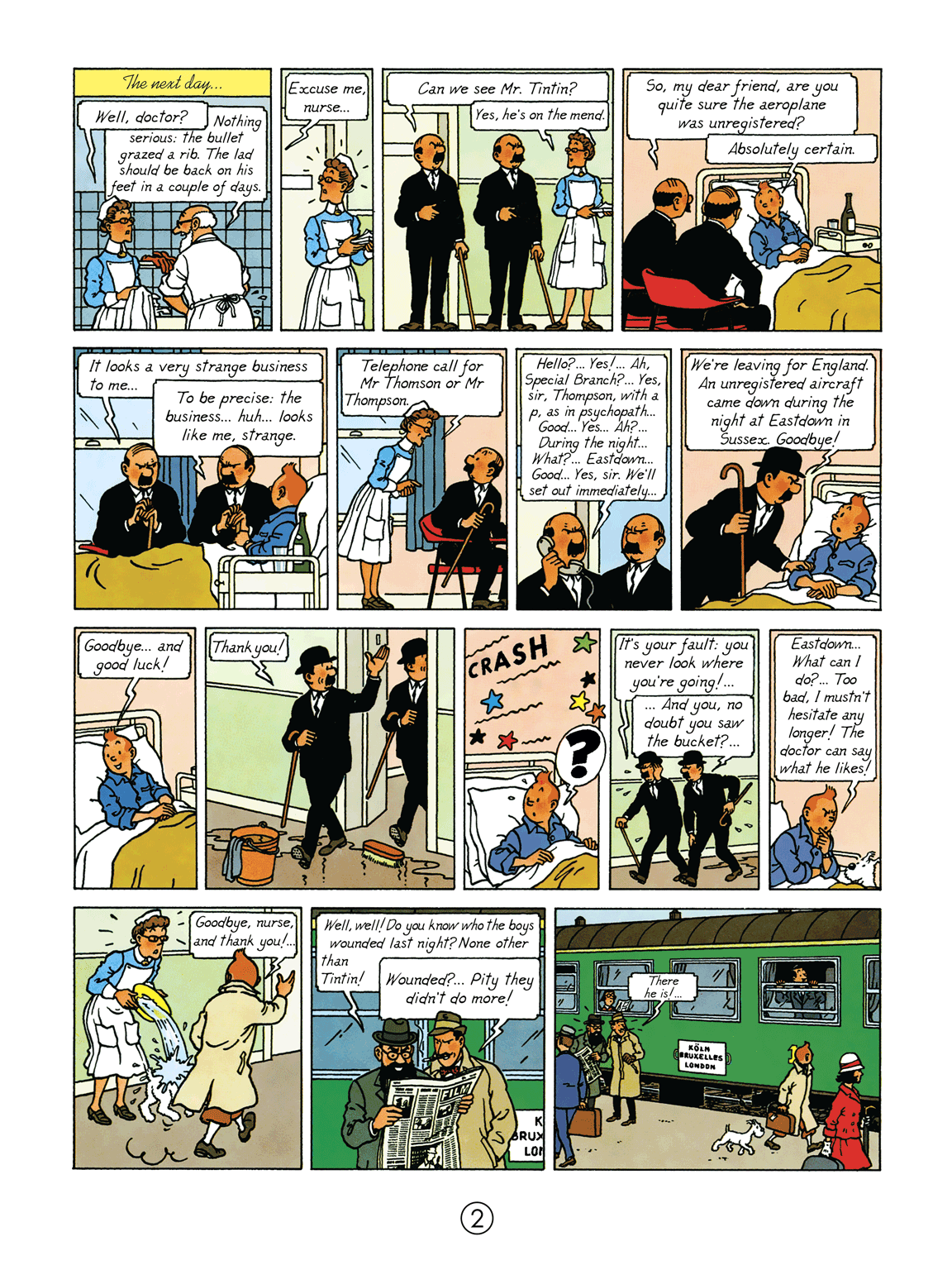 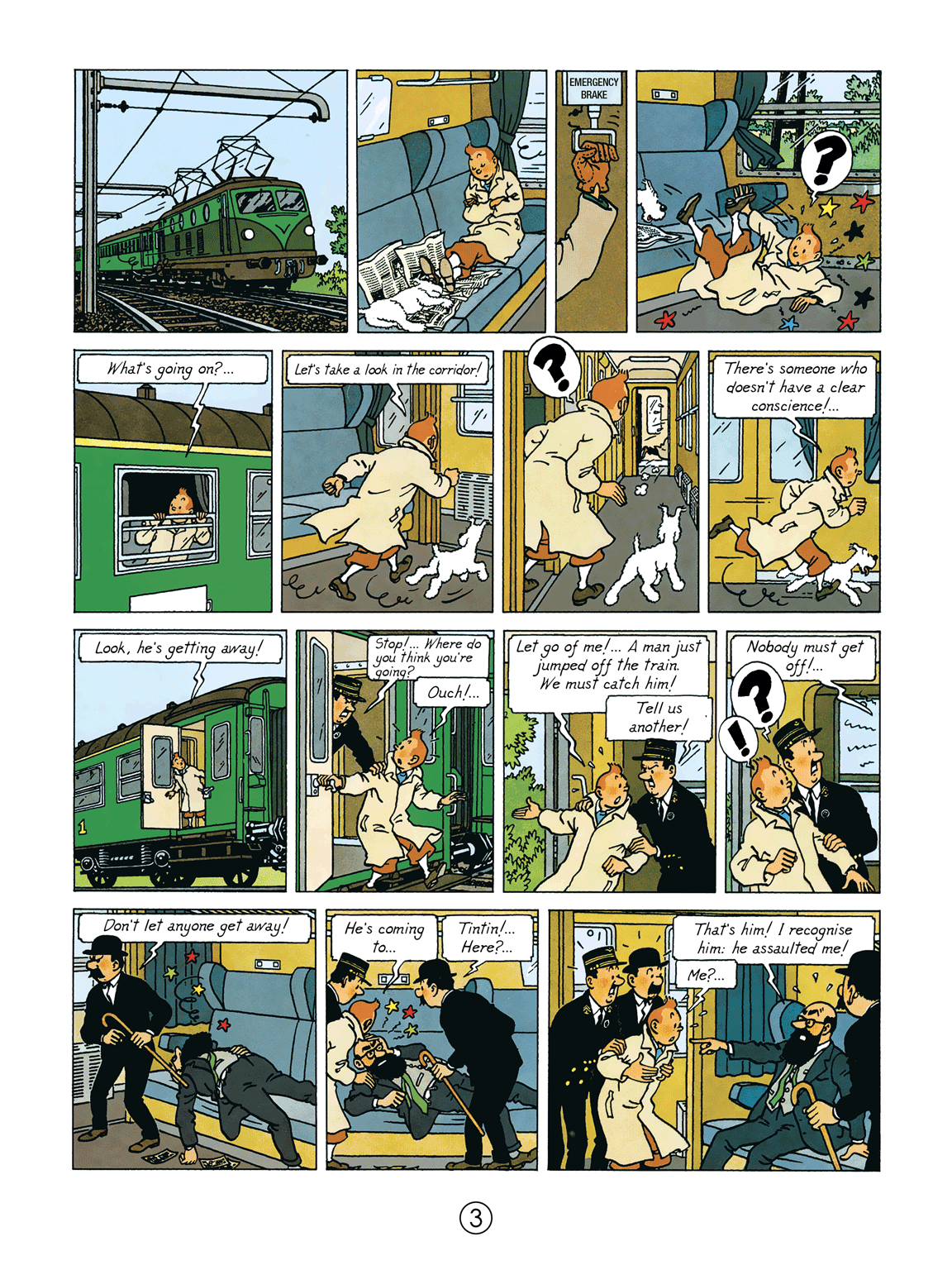 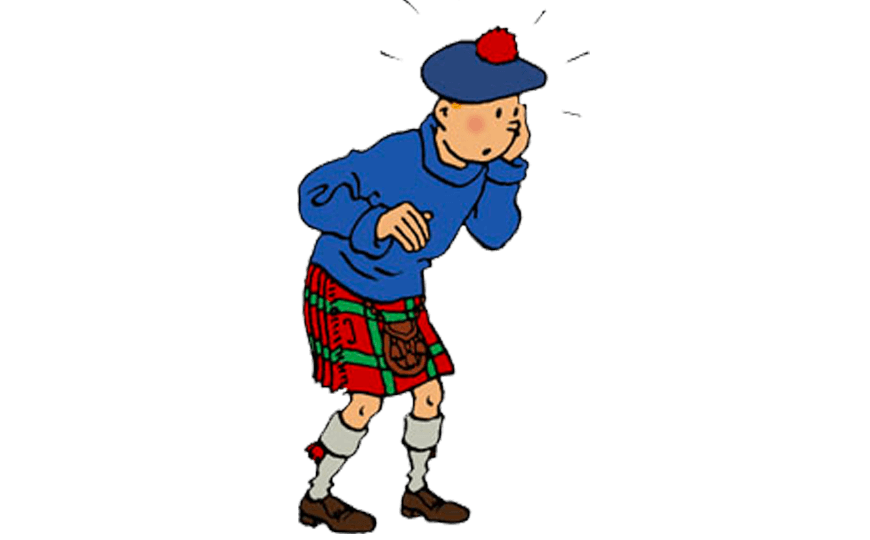 Your score:
Start again ...
The Black Island is a particular album because it has been released in three different versions. After its publication in Le Petit Vingtième (from April 15, 1937 to June 16, 1938) the album was published by Casterman at the end of 1938. At that time it contained 124 black and white plates and 4 off-text illustrations. A second edition was produced in 1943, when changing to 62 colour pages, which did not include any notable changes from the initial version. In the sixties, the English publisher, who was about to translate this volume, complained to Hergé about numerous errors of detail from the point of view of English reality. Bob De Moor thus stayed about ten days on the places visited by Tintin and Snowy and accumulated hundreds of sketches, photos and documents (as well as a complete uniform of Bobby!). The album was completely redrawn without changing the original scenario. After a prepublication in the Tintin magazine, Casterman published this new version in 1966.

The difficulties of a scotsman in Scotland

Our hero uses numerous and diverse modes of transport ranging from, a Belgian train, a truck, the Ostend to Dover cross channel ferry, a taxi, hitchhiking, a car, a caravan, a British train, a goods train, a private single engined light aircraft, a motorboat, and for the return journey, a commercial airliner. The freight train is of particular interest. In the first two editions, the container besides which Tintin and Snowy sit features the name of Johnnie Walker, a very well known brand of whisky. In the 1966 version, the name has been changed to the fictitious name of Loch Lomond whisky. Loch Lomond is the largest loch (lake) in the UK. Unbeknown to Hergé, there was a distillery in Loch Lomond.

Case taken from page 33 of the first colour version of The Black Island (1943).

Case taken from page 33 of the second colour version of The Black Island (1966).

In this story we learn that Tintin loves puzzles, and aided by the circumstances, succeeds in deciphering them.

JJ.W. Müller a doctor above suspicion

The character of Müller was inspired by Dr Georg BELL, a Scot who had ties with the Nazis, and was living in Germany. MÜLLER tries to destabilise Western democracies by swamping the market with counterfeit currency. Bell had been involved in an attempt to destabilise Soviet Russia by flooding the country with counterfeit Russian roubles. This was a very effective form of economic warfare.

At the beginning of the 1930's there were two popular mythical creatures, the Loch Ness monster, and the fearsome King Kong, a film released in 1933. Due to the popularity of these monsters, Hergé had created Ranko the Scottish gorilla.

Snowy's barking frightens Ranko the gorilla. Is this an inspirational example of David triumphing over Goliath, or rather a premonition about the abominable snowman, caused by the captain's snoring? Is this story filled with anticipation?
Much to his dismay, Müller will cross paths with Tintin twice. Doesn't the magpie which flies away with the fireman's key remind you of the one which stole Bianca Castafiore's emerald from Marlinspike Hall?

In keeping with local tradition and culture, the teetotal Tintin joins the locals in drinking a pint of beer at:
Ye Dolphin, plate 81 of the 1938 black-and-white version (which becomes Ye White Art, in the third off-text picture of the same version), renamed The Kiltoch Arms, when the album was reworked in 1965 (frame B3, p.41)

6 reviews
Log in or create a Tintin.com account to write a review.
first tintin book and the best
I hope Tintin is having fun on Black Island.
Probably the greatest early Tintin.
in Persian:
جزیره سیاه
i am horrified when i see the beast in this book . i am totally horrified when i see ranko the beast . i also created one story . the charecters are : tintin , snowy , the shopkeeper ivan and doctor
The Black Island